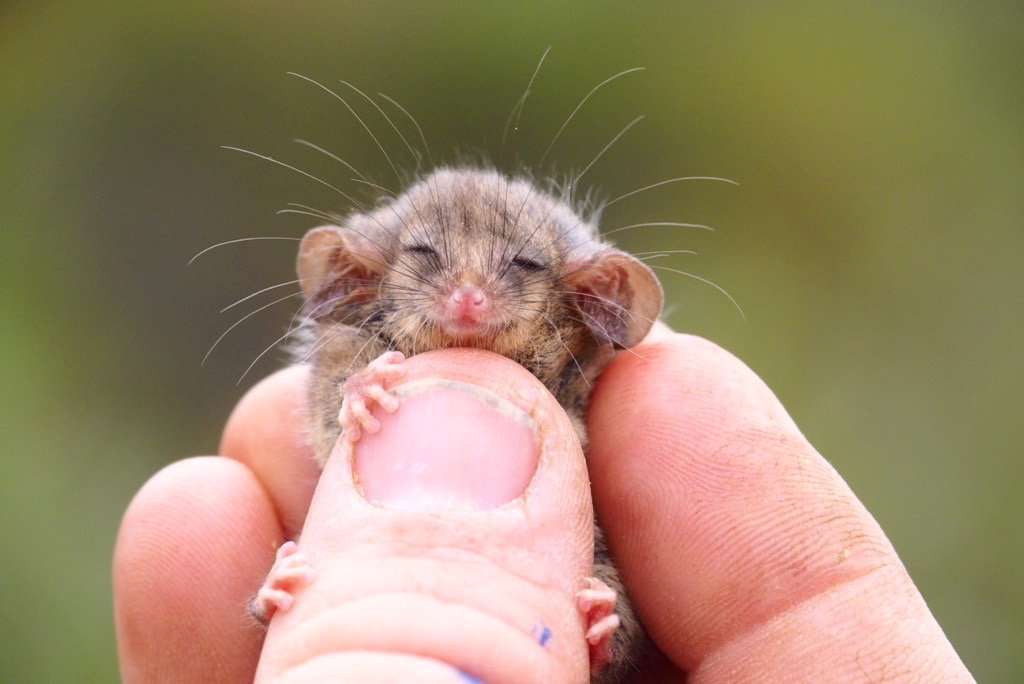 The world’s smallest possum, which was feared extinct following the Australian wildfires, has been found alive.

The tiny pygmy possum, known scientifically as Cercartetus lepidus, has been discovered alive on a 99-mile long island off the coast of Adelaide.

The wildfires earlier this year destroyed almost half of the island back in January. Two people were killed and the island’s wildlife conservation sites were all extensively damaged.

Many feared the possums were wiped out, but conservation group Kangaroo Island Land for Wildlife found a lone possum last week. The team was carrying out a forest survey to establish the scale of destruction.

Only 113 pygmy possums have ever been recorded on the island, so wildlife experts feared the worst.

Ecologist Pat Hodgens told local media the pygmy possum is ‘certainly not very common and, obviously, the summer bushfires burnt through much of that habitat that species had, but we were certainly hopeful that we would find them.’

More than 20 other wildlife species have also been discovered alive, including a bibrons toadlet, a southern brown bandicoot and a tammar wallaby.

It took nearly six months to truly understand the consequence of the raging wildfires. Almost three billion animals were killed or displaced during the bushfire season – more than twice the amount originally thought.

Scientists revealed in June the true scale of the impact the fires which started last year had on the country’s native wildlife. An estimated 143 million mammals, 180 million birds, 51 million frogs and a staggering 2.5 billion reptiles are thought to have been affected by the crisis, according to an interim report seen by The Guardian.

Not all the animals would have been killed by the flames or heat, but scientists say the prospects of survival for those that withstood the initial impact was ‘probably not that great’ due to the starvation, dehydration and predation by feral animals that followed.

Scientists had previously estimated that around one billion animals were killed in the fires. The new figure, based on research undertaken by 10 scientists from five institutions, is almost half the size of the planet’s human population.

PrevPreviousOver a quarter of Brits reluctant to get Covid-19 vaccine, study suggests
NextThere is now more human-made stuff than all living material on EarthNext