Over a quarter of Brits reluctant to get Covid-19 vaccine, study suggests 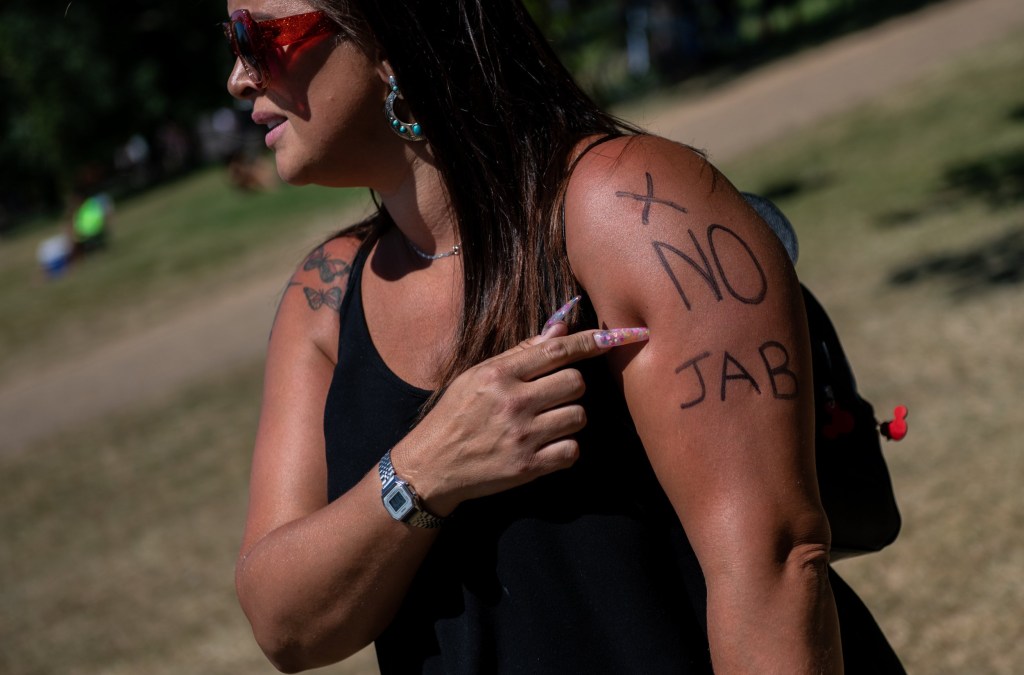 More than a quarter of people have said they are unsure or reluctant about getting a Covid-19 vaccine, according to research.

Meanwhile, 72% of participants told a survey – based on an approved coronavirus vaccine – they were willing to be vaccinated.

The findings, published in the journal Psychological Medicine, are based on a demographically representative sample of 5,114 adults in the UK.

Analysis shows that 16% are very unsure about being immunised, and 12% are strongly hesitant about getting a coronavirus vaccine.

Professor Daniel Freeman, from the department of psychiatry at the University of Oxford, who led the study, said: ‘Vaccine hesitancy is mistrust of a vaccine: that it is not needed, it will not work, or it will not be safe.

‘Strikingly, those who are hesitant are not bringing to mind the benefit to everyone of taking a Covid-19 vaccine.

‘There are also suspicions that the virus is no worse than the flu and that vaccine side effects won’t be known until later.

‘It is often rooted in deeper mistrust, including negative views of doctors, anger at our institutions, and sometimes even outright conspiracy beliefs.’

The researchers found vaccine hesitancy to be higher in younger people, women, and those on lower incomes, but they added these were only very small associations.

Factors contributing to hesitancy included being unable to see any collective benefit, concern about side effects, doubts about the effectiveness of vaccines, fear that the speed of development has compromised safety of the jabs, and seeing themselves as not being at risk of getting severe disease.

They added that around a quarter of those surveyed believed that the virus was a hoax, with around one in five people thinking vaccine data may be fabricated.

Similar proportions of the population thought there was a cover-up of a link between autism and vaccines, the team added.

Prof Freeman said: ‘People will avoid getting vaccinated rather than feel like a guinea pig, experimented on by those they view as not caring about them.

‘We need strong messaging that taking a vaccination is actually a duty we need to do for the benefit of everyone.’

‘Most people can see vaccination as the light at the end of the tunnel, but they are also looking for detailed information on the topic that they can trust,’ he added.

‘They want reassurance that the speed of development has not compromised safety.

‘They want thorough information on effectiveness, safety, and how long protection will last.”

He added: ‘The fear is that we are approaching a tipping point, when suspicion of vaccination becomes mainstream.

‘We’ve seen conspiracy ideas emerge from the fringes during the pandemic, and the concern is that vaccine hesitancy follows in their wake.

‘Vaccine suspicion is another marker, exposed by the pandemic, of a crisis in trust.’

This study echoes the findings of a survey back in July that also concluded a quarter of Brits would eschew the vaccine.

The survey from research agency ORB International asked people if they agreed with the following statement: ‘I would not want to be vaccinated against the coronavirus if a high-quality vaccine were available.’

PrevPrevious‘It sends chills up and down my spine’: Scientists may have discovered new species of whale
NextWorld’s smallest possum feared extinct is found alive on Australian islandNext