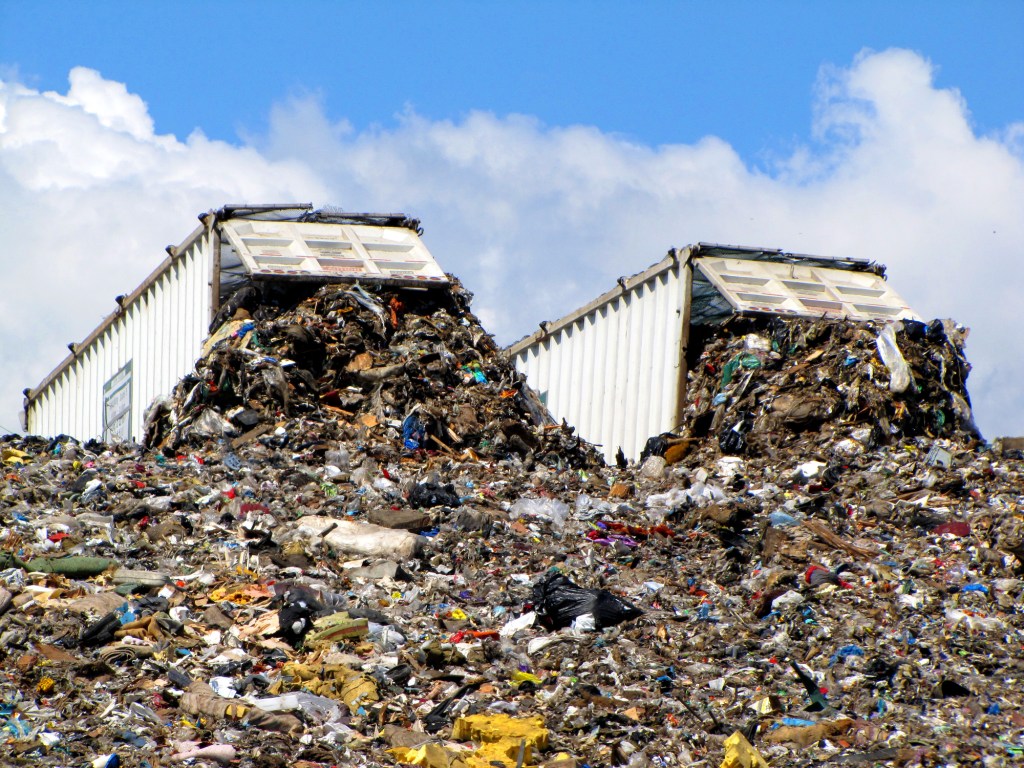 For the first time, the amount of human-made mass will exceed all living material, according to new estimates by researchers.

If you were to add up every plant, fish, animal and insect you could get your hands on, it would still weigh less than the total amount of material humans have made in their relatively short time on Earth.

Before humans existed, the planet was covered in living matter that weighed around 2 tera tonnes (that’s 12 zeros).

But thanks to man-made destruction, like farming, mining and deforestation, that figure is now halved.

Environmental researchers from Israel’s Weizmann Institute of Science, writing in Nature, said: ‘Since the first agricultural revolution, humanity has roughly halved the mass of plants,’

‘While modern agriculture utilises an increasing land area for growing crops, the total mass of domesticated crops is vastly outweighed by the loss of plant mass resulting from deforestation, forest management and other land-use changes.

‘These trends in global biomass have affected the carbon cycle and human health.’

At the same time, humans have taken part in vast construction work – from the manufacturing of plastics and consumer goods to building megacities across Earth – resulting in a mass of stuff that weighs more than the planet’s living matter.

Researchers can’t put an exact time on when the numbers will pass each other because it depends on when a ‘human made’ item is defined to change from a natural one.

But the sheer quantity of stuff being produced will soon make any definitions obsolete, as by any mark the number will tower over natural material.

The rate of human-made material has been doubling every 20 years since the beginning of the 20th Century, and is currently at 30 giga tonnes (that’s nine zeros) each year.

That means, divided by the roughly 300 million tonnes of human mass, each person on Earth would see 3.8 tonnes of man-made material every year – be it houses built, plastic cups manufactured or iPhones.

This is equivalent to the creation of human-made matter equal to more than your bodyweight each week.

Researchers estimate that the total amount of plastic, just on it’s own, is greater in mass than all land animals and marine creatures combined.

The researchers also add that ‘on average, for each person on the globe, anthropogenic mass equal to more than his or her bodyweight is produced every week.’

Production rates have also differed depending on world events.

When construction techniques switched from bricks to concrete in the 1950s, total production amounts saw a sharp rise.

‘Shifts in total anthropogenic mass are tied to global events such as world wars and major economic crises,’ said the paper’s authors.

Increases in human-made mass, enhanced consumption and greater urban development shortly after the second world war was known as the ‘great acceleration.

Previous studies looking at the environmental cost of humanity have focused in on how our primary needs have affected the world – eating large quantities of meat and consuming vast amounts of oil.

But the Israeli researchers have made the point that the amount we build and manufacture also has a serious effect on the planet.

They estimated that, if human production continues at its current rate, the weight of our impact will exceed 3 tera tonnes by 2040.

The scientists said they wanted to provide a firm, rigorous measure of the balance between man and nature.