What is Parler? Far-right ‘free speech’ app blocked by Google, Apple and Amazon 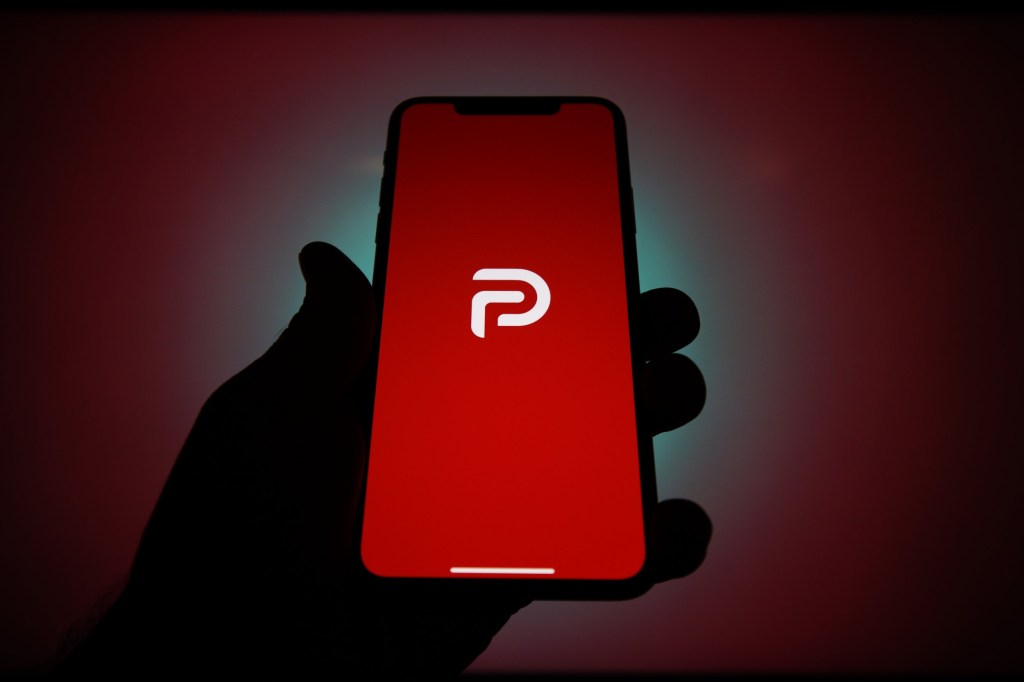 Parler has been banned from Google’s Play Store and the Apple App Store on iPhones and iPads over the weekend.

The social media company has also had its website taken down after Amazon decided to stop hosting it on the Amazon Web Services (AWS) platform.

All three companies tied Parler to the events that took place in the US Capitol and gave it an ultimatum to moderate its behaviour or face a ban.

Many people – mostly conservative Trump supporters – fled Twitter to Parler amid claims of censorship and political bias after losing the election.

The app’s founder claimed that five million people were active on the platform the week after the election, an eight-fold increase on normal traffic levels.

Parler is the self-proclaimed ‘world’s town square’ and has been around since 2018. But it only recently became mainstream after the fallout from the US election last year.

There’s also the option to upload images and craft posts of up to 1,000 characters.

Posts and messages on the platform are known as ‘parleys’, derived from the French and customary lingo for 19th-century types that wanted to chat.

Why is it controversial?

Like a zillion other social media platforms, Parler professes to be ‘free speech’.

It specifically describes itself as a ‘non-biased, free speech social media focused on protecting user’s rights.’

As a result, anyone who perceives that mainstream social media sites like Twitter or Facebook are censoring them for their politics may find a new life on Parler.

In the wake of the US election result, many Trump supporters and conservative voices jumped over to Parler because they felt Twitter is too liberal.

Former Speaker of the House Newt Gingrich wanted his followers to join him on Parler, because he said Twitter tried to ‘silence’ his views and opinions. Similarly, a right wing radio personality in the US, Mark Levin, has repeatedly mentioned he is a Parler user. According to Levin, Facebook is pursuing a ‘suppression campaign’ against his posts.

And, in fact, the Wall Street Journal has reported that Parler has received a chunk of investment from conservative hedge-fund doner Robert Mercer and his daughter Rebekah.

What is Parler’s view?

On its website – before it was removed – Parler said it was ‘the solution to problems that have surfaced in recent years due to changes in Big Tech policy influenced by various special-interest groups.’

Founder John Matze wrote an open letter following the surge in users after the US election.

‘Facebook and Twitter’s suppression of election information was a catalyst, causing many people to lose their trust,’ he wrote.

‘But the movement away from these platforms was already well underway. Many of you have been activists alongside us, calling out the lack of transparency and unjust, biased policies of our competitors, as part of the Twexit and Erasebook campaigns we launched earlier this year.

‘Thanks to you, we are starting to make a real difference and so we expect continued growth as our thriving community helps more people discover real, unfiltered social media.’

Does Parler cater only to conservatives?

Although Parler may have become known for its right-wing patrons, there are some very loose rules and guidelines about how it can be used.

So, despite being a libertarian paradise of free speech, there are certain things people can’t say or post.

Matze had to step in and make this clear when some users decided that posting images of their fecal matter was a suitable response to a comment they disagreed with.

Screengrabs of his guidelines were posted on Twitter by BuzzFeed reporter Ryan Mac.

Parler does have both a user agreement and ‘community guidelines’ that users of the app are expected to agree to. However, it seems like these are barely enforced. Appel and Google

In the wake of many pro-Trump users jumping on the platform after the election loss, it also appears many left-wing, pro-Biden users followed them there.

Presumably so they could just take the arguments they have on Twitter over to a slightly different social network.

After Twitter, Facebook and Instagram shut the president off for inciting rebellion in the aftermath of the Washington riot, many have speculated that Trump could join Parler.

Twitter ended Mr Trump’s nearly 12-year run on Friday. In shutting his account it cited a tweet to his 89 million followers that he planned to skip President-elect Joe Biden’s January 20 inauguration that it said gave rioters license to converge on Washington once again.

Facebook and Instagram have suspended Mr Trump at least until Inauguration Day. Twitch and Snapchat also have disabled Mr Trump’s accounts, while Shopify took down online stores affiliated with the president and Reddit removed a Trump sub-group.

In a statement on Friday, Trump said: ‘We have been negotiating with various other sites, and will have a big announcement soon, while we also look at the possibilities of building out our own platform in the near future.’

The ‘immense power that the social media platforms have as gatekeepers of public discourse’ had been flexed as never before – a power that should be troubling even for supporters of the Trump ban, tweeted Jameel Jaffer, director of the Knight First Amendment Institute at Columbia University.

Two of Trump’s sons – Eric and Don Jr – are already on Parler, which could be an indication of his intent to join.

What is Parler’s response to being blocked?

Parler CEO John Matze complained on his site of being scapegoated.

Losing access to the app stores of Google and Apple – whose operating systems power hundreds of millions of smartphones – severely limits Parler’s reach, though it will continue to be accessible via web browser.

David Kaye, a University of California-Irvine law professor and former UN special rapporteur on free speech, believes the Parlers of the world will also face pressure from the public and law enforcement, as will little-known sites where further pre-inauguration disruption is now apparently being organised.

They include MeWe, Wimkin, TheDonald.win and Stormfront, according to a report released on Saturday by The Althea Group, which tracks disinformation.