‘We were shaking’: Physics experiment hints at new laws of nature 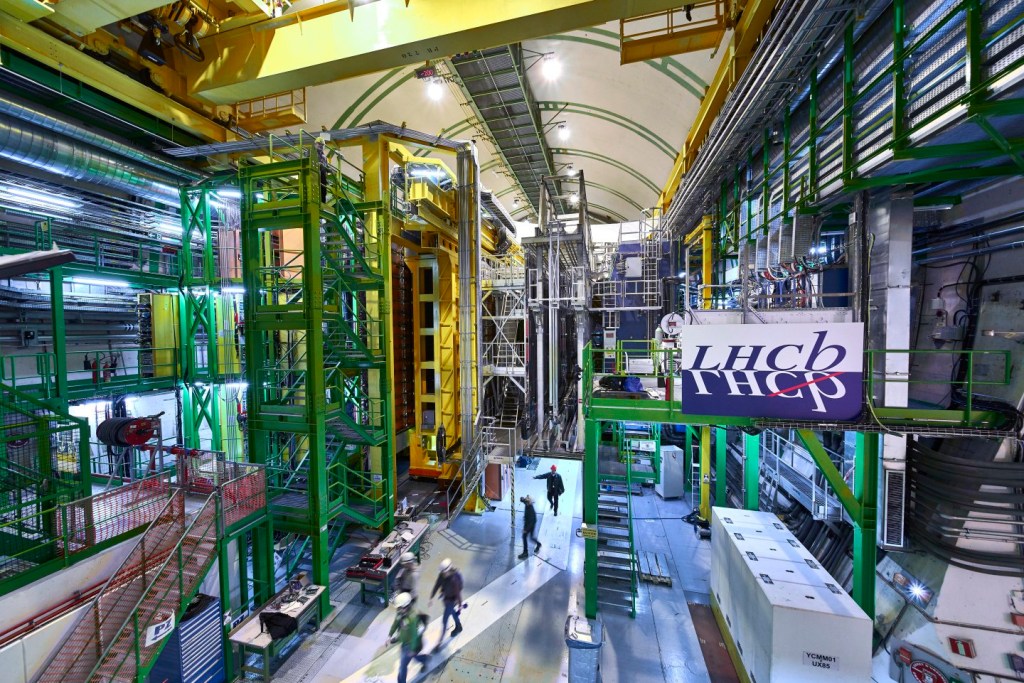 Scientists working at Cern’s Large Hadron Collider (LHC) have found ‘intriguing’ hints of new physics that could rock the foundations of the current laws of nature.

One of the LHC’s detectors found particles behaving in a different way than what the widely accepted Standard Model theory said they should have done.

But the LHCb experiment may have found it not to be happening, suggesting the Standard Model is incomplete.

Dr Mitesh Patel, from the Department of Physics at Imperial College London, and one of the leading physicists behind the measurement, said: ‘We were actually shaking when we first looked at the results, we were that excited. Our hearts did beat a bit faster.

‘It’s too early to say if this genuinely is a deviation from the Standard Model but the potential implications are such that these results are the most exciting thing I’ve done in 20 years in the field.

‘It has been a long journey to get here.’

The Standard Model describes all the known fundamental particles that make up our universe and the forces that they interact with.

However, it cannot explain some of the deepest mysteries in modern physics, including what dark matter is made of and the imbalance of matter and antimatter in the universe.

To help solve some of these mysteries, researchers have been searching for particles behaving in different ways than would be expected in the Standard Model.

The results were produced by the LHCb experiment, one of four huge particle detectors at Cern’s Large Hadron Collider (LHC).

The LHC is the world’s largest and most powerful particle collider – it accelerates subatomic particles to almost the speed of light, before smashing them into each other.

These collisions produce a burst of new particles, which physicists record and study in order to better understand the basic building blocks of nature.

Researchers say the updated measurement questions the laws of nature that treat electrons and their heavier cousins, muons, identically, except for small differences due to their different masses.

According to the Standard Model, muons and electrons interact with all forces in the same way, so beauty quarks created at LHCb should decay into muons just as often as they do to electrons.

However, these new measurements suggest the decays could be happening at different rates, which could indicate never-before-seen particles tipping the scales away from muons.

Imperial PhD student Daniel Moise, who made the first announcement of the results at the Moriond Electroweak Physics conference, said: ‘The result offers an intriguing hint of a new fundamental particle or force that interacts in a way that the particles currently known to science do not.

‘If this is confirmed by further measurements, it will have a profound impact on our understanding of nature at the most fundamental level.’

The gold standard for discovery in particle physics is five standard deviations – which means there is a 1 in 3.5 million chance of the result being a fluke.

This result is three deviations – meaning there is still a 1 in 1,000 chance that the measurement is a statistical coincidence.

It is therefore too soon to make any firm conclusions, the researchers say.

Dr Michael McCann, who also played a leading role in the Imperial team, said: ‘We know there must be new particles out there to discover because our current understanding of the universe falls short in so many ways – we do not know what 95% of the universe is made of, or why there is such a large imbalance between matter and anti-matter, nor do we understand the patterns in the properties of the particles that we do know about.

‘While we have to wait for confirmation of these results, I hope that we might one day look back on this as a turning point, where we started to answer to some of these fundamental questions.’

Physicists from Imperial College London and the universities of Bristol and Cambridge led the analysis of the data to produce this result, with funding from the Science and Technology Facilities Council.

The result was announced at the Moriond Electroweak Physics conference and published as a preprint.

MORE : Scientist beautifully explains what the early universe sounded like

PrevPreviousYou can now buy a Tesla car with cryptocurrency Bitcoin, says Elon Musk
NextIf apps are crashing on your Android phone, here’s how to fix itNext