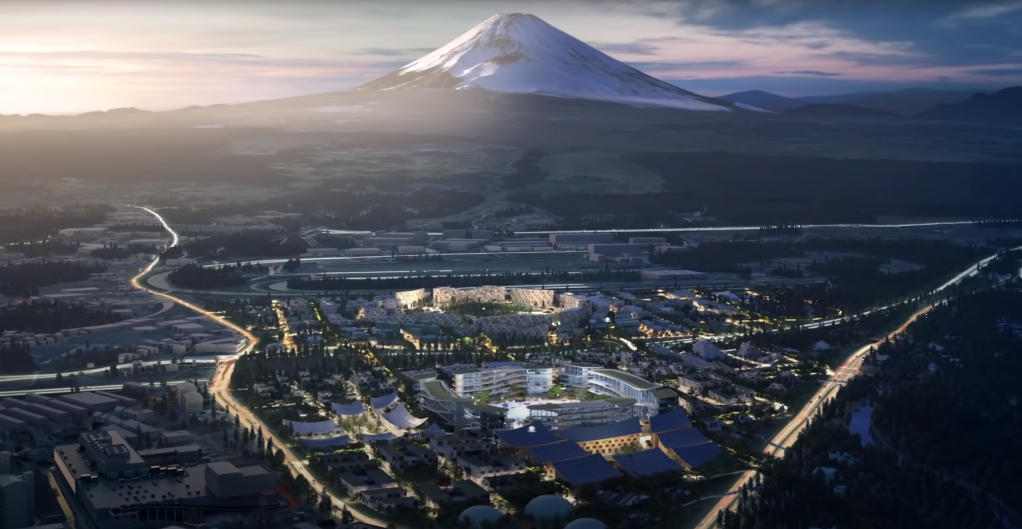 Toyota has begun work on what it claims is the city of the future, where private cars are banned and robot helpers fill the homes.

While the full technological scope of the project isn’t defined, we do know the city is as sustainable as they come: the buildings are energy-efficient, robot-made wooden structures, with power coming from solar, geothermal and hydrogen fuel cells.

Vegetation native to the area and hydroponics also form a central part of the city.

Located at the foot of Mount Fuji in southern Japan, the city’s name is a nod to both Toyota’s origin in wool loom manufacturing, and actual ‘interwoven’ streets, which form repeatable nine-block structures.

Populated with self-driving cars and personal mobility devices, the city prioritises pedestrians and aims to alleviate the gridlock seen in most cities.

Autonomous vehicles, Toyota’s e-Palettes which were set to feature at the 2020 Tokyo olympics, will form the backbone of the city’s transportation network: ride-sharing, delivery services, mobile retail shops and mobile hotels/workspaces.

To facilitate the self-driving cars, both homes and the city itself are covered in sensors, allowing robots and autonomous cars to perform tasks like restocking the fridge, taking out the rubbish and reminding residents to make doctor’s visits.

While the city’s initially only aims to house 360 residents, Woven City will eventually be home to more than 2,000, many of them Toyota employees.

Toyota is also looking for research scientists and inventors to come and live in the city, to work on their projects in what it calls a ‘one-of-a-kind, real-world incubator’.

A large proportion of the city’s residents will probably be pensioners, due to Japan’s ageing population.

But the city has planned for this, too, with assisted living facilities built into the fabric of the town.

Though Toyota announced the project at Las Vegas’ consumer electronics show last year, it only broke ground on the Japanese project yesterday.

Speaking at the ceremony to mark construction, Toyota President said the company was taking on the humble challenge of ‘creating a future where people of diverse backgrounds are able to live happily’.

A joint project between Toyota, Japanese telecoms giant NTT and Danish architects Bjarke Ingels, the city aims to help Toyota shift from ‘an automobile manufacturer to a mobility company’.