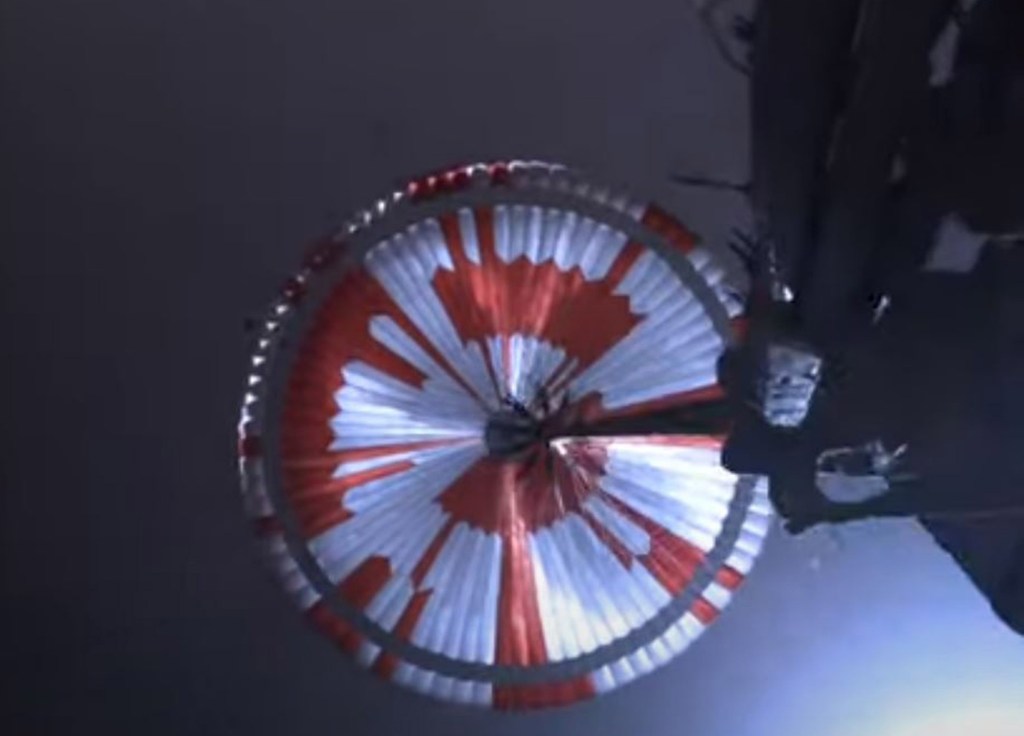 The world watched last week as Nasa successfully delivered the Perseverance rover – known as Percy – to the surface of Mars.

The entire event was streamed live and we later saw video footage of the successful landing, including a shot of the red and white parachute that slowed the descent to the dusty red surface.

Internet sleuths have figured out there’s more to that parachute that meets the eye. Hidden in the pattern is a coded message that reads ‘Dare Mighty Things’.

The phrase is a somewhat motto of Nasa’s Jet Propulsion Laboratory (JPL) and is taken from a speech by president Roosevelt in 1899.

The first person that appeared to find the message was IT student Abela Paf who decoded it with his dad. They figured out the chevrons around the ‘chute were arranged in concentric rings with the pattern representing letters as binary computer code.

The code works if the red sections are 1s and the white sections are 0s, then the rings can be broken down into blocks that represent numbers.

The hidden message was tipped off during the landing livestream by Nasa systems engineer Allen Chen, who commented: ‘In addition to enabling incredible science, we hope our efforts and our engineering can inspire others.

‘Sometimes we leave messages in our work for others to find for that purpose. So we invite you all to give it a shot and show your work.’

There are clearly other hidden messages waiting on Perseverance to be unlocked and you can be sure that amateur mathematicians and physicists are probably poring over the details as we speak.