Spiders in Britain are more dangerous than we thought, study claims 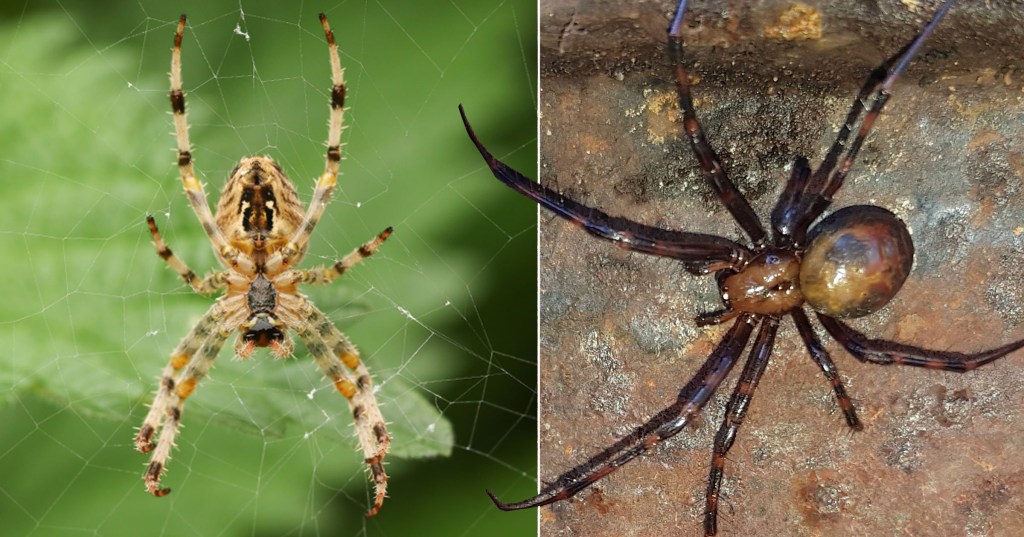 Arachnophobics look away now – spiders in Britain are more dangerous than previously thought, according to a new study by scientists.

Up to ten varieties of European spiders have bites that may seem harmless but can actually end up causing bacterial infections while one species, the false widow, even carries a strain of bacteria that is resistant to most antibiotics.

Among those found in the UK is the common house spider which is deemed harmless. Infections resulting from bites have previously been considered a result of excess scratching rather than the bite itself, said the University of Galway research.

Bites usually occur when people are in bed and roll over on to a spider or when they put clothes on and disturb one that has hidden in the folds for warmth, said the report by Galway’s School of Natural Sciences for the journal Scientific Reports.

Reports of infections from the noble false widow (to give it its full name) have increased in recent years and though still rare, their bites can lead to ‘skin eating’ conditions often put down to contaminated fingers scratching the tiny puncture would.

However, the Galway team found that the false widow bite contains a particular harmful strain of bacteria resistant to common antibiotics and even the common house spider’s bacteria can infect susceptible humans.

Dr John Dunbar, a zoologist at the University of Galway, said: ‘About ten species of spiders common in North-western Europe have fangs strong enough to pierce human skin and deliver venom, but only one of them, the recent invasive noble false widow spider, is considered of medical importance.

‘Most of the time, a spider bite results in some redness and pain. In some cases, however, victims seem to develop long lasting infections for which strong antibiotic treatment – and sometimes a hospital stay – are necessary.

It is this increasing range expansion and massive rise in dense populations of false widow spiders around urbanised areas across Ireland and Britain that has seen a rise in bites with some severe envenomation symptoms but also infections, which in some cases proved even difficult to treat with antibiotics.’

‘The biggest threat is that some of these bacteria are multi-drug resistant, making them particularly difficult to treat with regular medicine. This is something that health care professionals should consider from now on.’

PrevPreviousCan you pass this CIA test for telling the time?
NextRevealed: the UK’s fastest and slowest streets for broadband internetNext