‘Skybrator’ bladeless wind turbines could save 500,000 birds from certain death each year 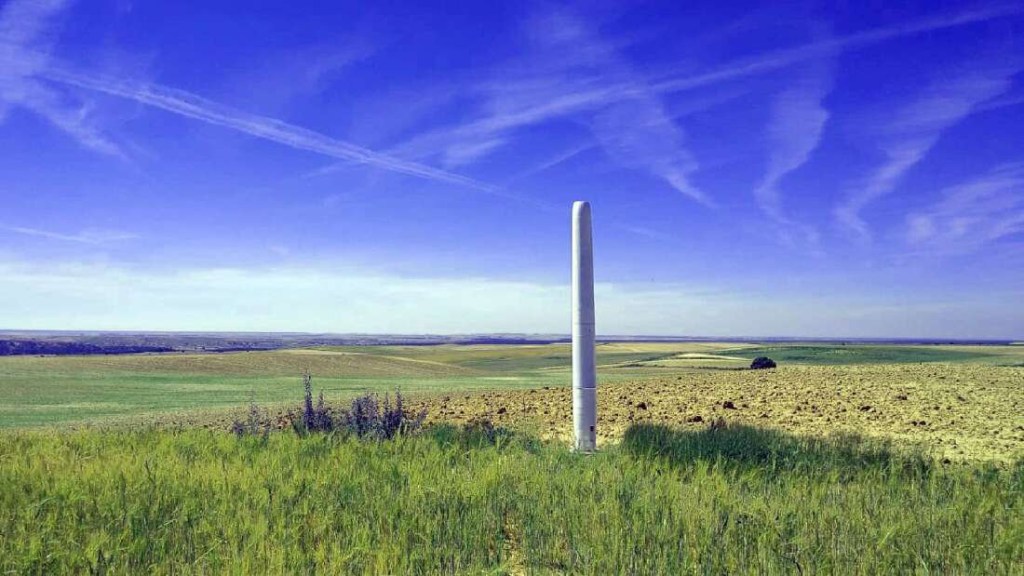 When you think of a wind turbine, an image of an airplane-propeller hoisted high in the air comes to mind – but that might be about to change.

The six-person startup makes 3 metre high bladeless wind turbines, which oscillate back and forth in the wind like a punching bag, generating electrical current from the movement.

The unusual design has attracted comparisons to a huge sex toy, with internet commentators dubbing it a ‘skybrator’.

But behind the behind sex-related comparisons is an important concept – traditional wind turbine designs can kill birds and create significant noise pollution, something that Vortex Bladeless claims it can help address.

‘Our technology has different characteristics which can help to fill the gaps where traditional wind farms might not be appropriate,’ Vortex founder David Yáñez told the Guardian.

Because of the significant noise generated, wind farms often can’t be built close to residential areas, and are too costly for single-home installation – hard-to-get-to areas that Vortex wants to access,

The more than 500,000 birds killed by traditional turbines each year would be an added bonus.

It’s especially a problem at sea, because migratory birds dislike having vast stretches of ocean to cover, so they like having a place to land during windy conditions.

Yáñez sees his company’s technology as something working alongside traditional wind farms.

‘They complement each other well, because solar panels produce electricity during the day while wind speeds tend to be higher at night,’

‘But the main benefit of the technology is in reducing its environmental impact, its visual impact, and the cost of operating and maintaining the turbine.

‘Today, the turbine is small and would generate small amounts of electricity. But we are looking for an industrial partner to scale up our plans to a 140 metre turbine with a power capacity of 1 megawatt.’

The main mechanism behind the windless turbine is a phenomenon called ‘vortex shedding’, when smooth air passes by an object and causes it to vibrate, creating energy that can be harnessed.

There are two repelling magnets at the bottom of the 10-foot pylon, which keeps the tower oscillating in the opposite direction to where it’s being pulled – this makes it deal for low-wind environments.

So, although called a turbine, it actually only shares the energy source with wind turbines – the mechanism of action is completely different.

But this is an advantage, as the pylon can work for longer, and in lower temperatures, without breaking, thanks to its lack of an internal motor.

MORE : Why your ‘renewable energy’ tariff might not be so green after all

MORE : England’s last major coal mine shuts down as renewable power takes over

PrevPreviousAlan Turing £50 note revealed, 70 years after he was convicted for being gay
NextTeen left with facial burns after phone charger catches fireNext