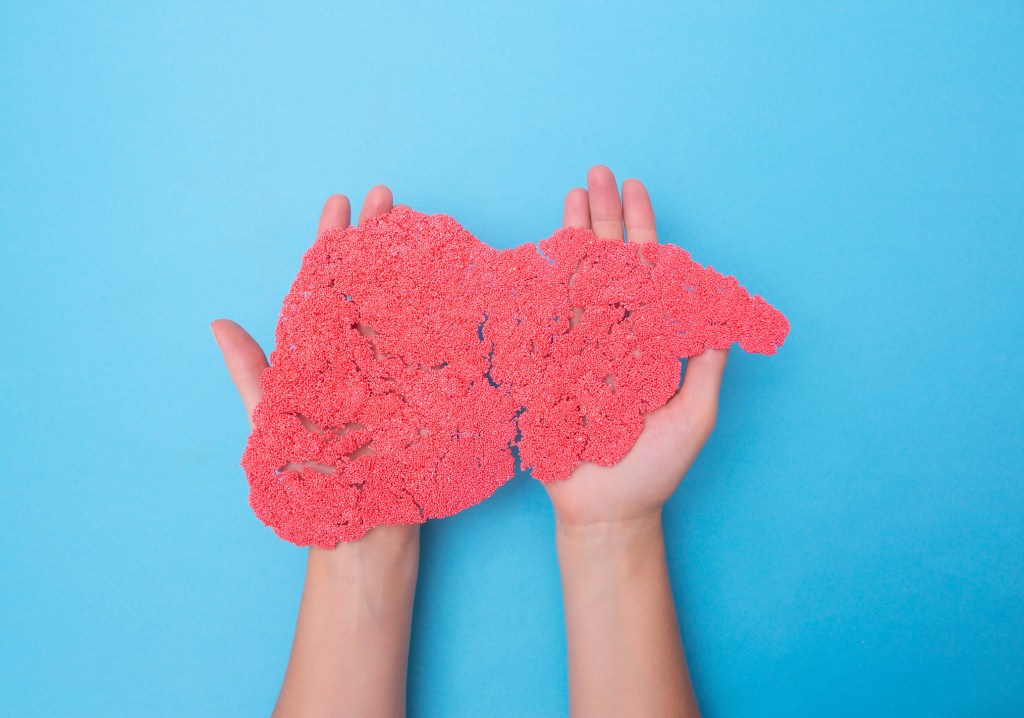 Lab-grown ‘mini bile ducts’ have been used to repair human livers in a scientific first, paving the way for new regenerative medicine treatments.

Scientists at the University of Cambridge grew replacement liver cells in the lab and used them to repair donor livers that had been damaged, making them suitable for transplantation.

Bile ducts are used by the liver to remove waste from the body – when they malfunction, the only viable treatment is a liver transplant.

More than a third of adult and 70 percent of children’s liver transplantations are as a result of malfunctioning bile ducts.

But the lack of available liver donors means patients in need of a transplant have to wait upwards of three months – when patients are in desperate need.

‘Given the chronic shortage of donor organs, it’s important to look at ways of repairing damaged organs, or even provide alternatives to organ transplantation,’ said Dr Fotios Sampaziotis from the Wellcome-MRC Cambridge Stem Cell Institute.

‘We’ve been using organoids for several years now to understand biology and disease or their regeneration capacity in small animals, but we have always hoped to be able to use them to repair human damaged tissue.

‘Ours is the first study to show, in principle, that this should be possible.’

The lab-based treatment, published today in Science, used a new technique to grow bile duct organoids, called ‘mini-organs’, in the lab, and then used these to repair damaged human livers.

While the study is at a preliminary stage, scientists hope the research could pave the way for new cell therapies to treat liver disease, either restoring a patient’s liver to full health or repairing damaged donor livers for transplantation.

‘This is an important step towards allowing us to use organs previously deemed unsuitable for transplantation,’ said Mr Kourosh Saeb-Parsy from Cambridge’s Department of Surgery.

‘In future, it could help reduce the pressure on the transplant waiting list.’

The success of the new treatment hinges on a new ‘perfusion’ system, which helps support the donated organs outside the body and allows for new lab-grown cells to be imported into the damaged liver.

These new cells, cholangiocytes, can be grown from a patient’s own cells, often harvested from the gallbladder, which tends to be unaffected by bile duct diseases.

Once the gallbladder cells are in the lab, they can be converted to the desired bile duct cells of the liver using cutting-edge techniques.

The cell clusters, known as organoids, grow and proliferate with a specially concocted mixture of body-mimicking fluid. They soon take on a 3D structure that is almost identical to the damaged target cells.

Researchers first grafted these liver cells onto mice, finding that the damaged cells were repaired.

They then moved on to trying the technique on a human donor liver at Addenbrooke’s Hospital, showing for the first time that the transplanted organoids repaired the liver’s damaged ducts and restored their function.

‘This is the first time that we’ve been able to show that a human liver can be enhanced or repaired using cells grown in the lab,’ said Professor Ludovic Vallier from the Wellcome-MRC Cambridge Stem Cell Institute

‘We have further work to do to test the safety and viability of this approach, but hope we will be able to transfer this into the clinic in the coming years.’