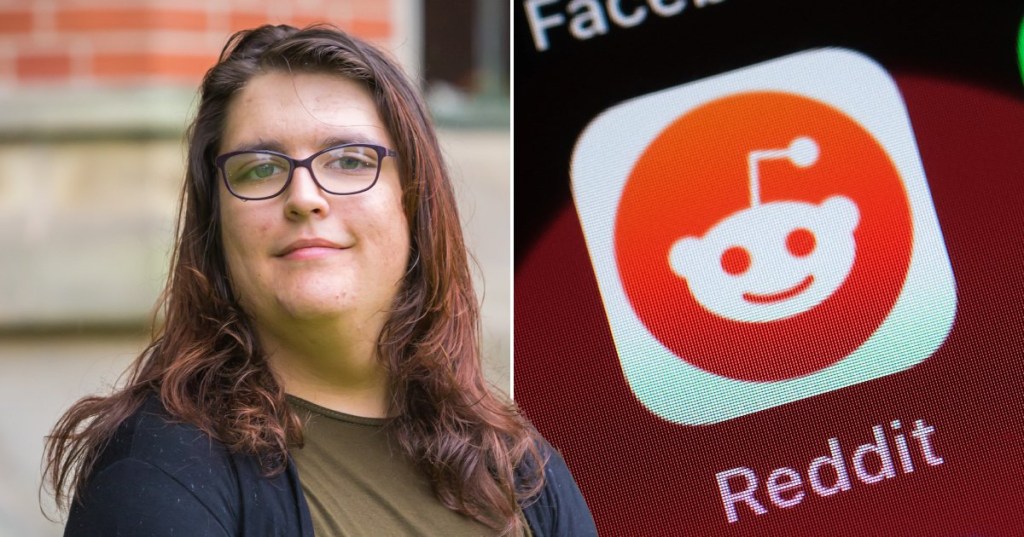 Major internet forum Reddit has announced that a controversial employee no longer works for them, saying they had not vetted her properly before hiring her.

It comes after a day of protests on the site, with popular subforums being set to private and thousands of users calling for her to be removed from her admin role as well as alleging there had been censorship of discussion.

Aimee Knight, better known by her maiden name Challenor, is a former UK politician who was active in the Green Party and Liberal Democrats.

A transgender woman, she was particularly involved in activism regarding environmental issues and trans rights.

In addition, her public posts included formerly being a member of the Stonewall Trans Advisory Group.

She was suspended from both the Greens and Lib Dems for separate reasons and subsequently left politics.

Her association with Reddit came after she worked unpaid as a moderator for several years, and then as a contractor with the site’s live streaming service RPAN (Reddit Public Access Network).

In 2020 she was then formally hired as an employee to work as an admin on the site, with oversight of other moderators to monitor content posted.

Many Reddit users claimed that Ms Challenor showed poor judgment and was not the right person for the admin role of a site which includes 52 million daily active users, including many young people.

This is because she had appointed her father as a campaign manager in politics for the Green Party twice after he had been charged with 22 criminal offences including taking indecent photographs, false imprisonment, and raping and torturing a 10-year-old girl. Ms Challenor lived with him at their terraced house some of the time.

David Challenor was later found guilty at Warwick Crown Court of ‘depraved’ crimes, including dressing as a baby and tying the girl to a beam, before whipping her and giving her electric shocks.

Ms Challenor, who was running for deputy leader of the the party in 2017, was suspended over this issue while the party investigated. She then resigned, accusing the Greens of transphobia.

An independent report into what happened heard that David Challenor had acted as a photographer and representative for her during her campaigning, as well as being her election agent when she ran for deputy leader and for a local election.

It found that her decision to appoint him despite the serious charges against him was a ‘clear error of judgment’.

The report’s authors said: ‘Prioritising the safety of children and vulnerable people is an individual responsibility of every member of society. There could hardly be a bigger “red flag” in this respect than someone being charged with 22 sexual offences.

‘Irrespective of where the responsibility lies, one of the effects of the way this case was handled was that someone who had committed serious sexual offences was given roles of responsibility within the Green Party during a period of almost two years after a major safeguarding risk should have been apparent.

‘David Challenor bears some responsibility for this, but Aimee Challenor, as an officer of the party both nationally and locally should have considered safeguarding issues.’

They said that in an interview, Ms Challenor said that at the time she appointed him she had been trying to build their relationship.

‘It is clearly the case that Aimee is not responsible for her father’s actions,’ the report said. ‘However, in the roles that she undertook she had significant responsibilities to the party as a member, spokesperson and member of both national and local executives.’

They added: ‘We also recognise that although Aimee failed in a number of respects, she was operating in difficult circumstances. These include the challenging personal situation she was in, and her autism.’

They said that she had informally sent a Facebook message to two senior Green Party members referring to her father being charged with 22 offences, saying: ‘It is my understanding that the majority of them were sexual offences’. She did not mention that he was also a member of the party and this was not followed up.

Interviewed for the report, she said she had not asked for details about the allegations at the time as it was a time of major stress for her and her family.

Speaking to the BBC after her suspension, Ms Challenor said she had quit the party, denying that this was due to ‘sour grapes’.

‘We have got to a point in the party where our messaging on trans rights is falling behind,’ she said.

‘In recent months trans people within the party have faced a continuous stream of assaults on our basic rights and dignity.’

In 2019 after joining the Coventry Liberal Democrats and becoming their local Press and Diversity Officer, she was suspended by this party too after her fiancé, now husband, Nathanial Knight was accused of writing sexual fiction about children.

His social media account tweeted following the allegations: ‘I fantasise about children having sex, sometimes with adults, sometimes with other children, sometimes kidnapped and forced into bad situations.’

Follow-up tweets in the same thread clarified that these were not things he wanted to do ‘in real life’.

Ms Challenor, then 22, told The Times shortly after this happened that his account had been hacked, and said both she and her partner condemned the messages expressed.

Metro.co.uk has asked the Liberal Democrats whether they had come to a decision on whether to bar her from the party permanently and will update this if we receive a response.

After being suspended by the Greens she said she was horrified and saddened by her father’s crimes, but had only become aware of the full extent of them just before he was convicted and sentenced.

The issue became the subject of public discussion after a moderator of a forum about UK politics was banned and then reinstated after posting a link to a Spectator article which mentioned her.

After this spiralled into a wider discussion about her employment and the alleged censorship, the forum’s CEO Steve Huffman announced yesterday evening that she was no longer an employee of the site.

Posting under his username spez, he said: ‘Debate and criticism have always been and always will be central to conversation on Reddit—including discussion about public figures and Reddit itself—as long as they are not used as vehicles for harassment. Mentioning a public figure’s name should not get you banned.

‘We care deeply for Reddit and appreciate that you do too. We understand the anger and confusion about these issues and their bigger implications. The employee is no longer with Reddit, and we’ll be evolving a number of relevant internal policies.

‘We did not operate to our own standards here. We will do our best to do better for you.’

Many subforums reopened following this statement, however for some users questions remained about whether the site would change its practises going forward.

One user asked the CEO: ‘Since your vetting process is clearly flawed, will you go back and re-vet all Reddit admins and mods who are already onboard, in addition to those future ones incoming?’

Moderators of r/ukpolitics said: ‘We are eager to hear what additional checks, balances and safeguarding measures will be put in place going forwards to ensure that this situation does not happen again. Redditors, moderators, subreddits and administrators should be protected against harassment in equal measure.

‘We remain concerned that some of these issues have not yet been fully addressed.

‘We respect that new policies cannot be put in place overnight – but equally, these policies should have been in place years ago.’

PrevPreviousBig investors back away from Deliveroo over its record on workers’ rights
NextAlan Turing £50 note revealed, 70 years after he was convicted for being gayNext