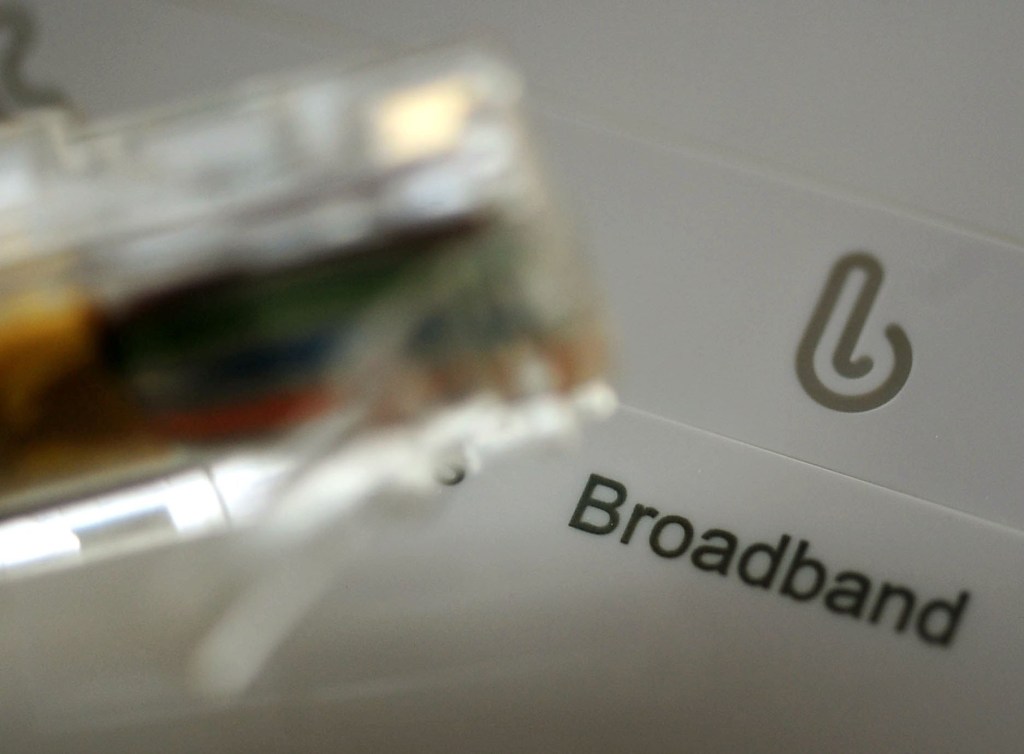 Ministers have revealed the first locations set to benefit from a £5 billion scheme to boost broadband speeds across the UK.

Known as ‘Project Gigabit’, the scheme is intended to bring download speeds of more than one gigabit per second to households long plagued by sluggish internet connections.

One gigabit is the equivalent of 1,000 megabits, capable of downloading a high definition film in under a minute.

Up to 510,000 homes and businesses across Cambridgeshire, Cornwall, Cumbria, Dorset, Durham, Essex, Northumberland, South Tyneside and Tees Valley will be first to reap the rewards of the scheme, officials said.

Companies will be able to bid for contracts the spring, with work expected to start in the first half of 2022, the Department for Digital, Culture, Media and Sport (DCMS) said in a statement.

Plans to connect a further 640,000 premises in Norfolk, Shropshire, Suffolk, Worcestershire, Hampshire and the Isle of Wight are expected to be announced in June.

What is Project Gigabit?

Ministers plan to spend £5 billion improving internet infrastrusture in the UK. Officials will contract private sector firms to make the bulk of improvements, with the first ‘spades in the ground’ expected in 2022.

The UK currently has one of the lowest average internet speeds in Europe according to research from consumer group Cable.co.uk.

The government will also offer £210 million worth of vouchers from April 8, allowing eligible residents to ask for up to £1,500 and businesses £3,500 towards the cost of installing gigabit-capable broadband.

A further £110 million has been set aside to support GP surgeries, libraries and schools.

But experts warn the long-anticipated rollout is behind schedule. Alex Tofts, broadband expert at comparison website Broadband Genie said the government was ‘certain’ to miss its original target of 100% gigabit-capable connections by 2025.

The government said it is currently ‘targeting a minimum of 85% gigabit-capable coverage by 2025.’

Toft said: ‘Experts have forecasted that 98%+ coverage is likely by 2030. The Government needs to address how it plans to reach the final 2% which represents the hardest to reach areas.’

He said the government could speed up the process by offering broadband vouchers for rural areas that may benefit from projects like Starlink, a satellite internet system from Elon Musk’s SpaceX company. Starlink, which is already being tested in some parts of the country, could be available to customers in the UK by the end of 2021.

The government is considering how satellite and 5G technology could be used to connect very hard to reach spots, and has announced a call for evidence.

The announcement comes after the Government had to row back on its election pledge of providing the UK with full-fibre broadband by 2025, instead aiming for at least 85%.

Many homes and businesses are connected by a combination of fibre optic and copper cables, which tend to offer lower speeds.

Boris Johnson said: ‘Project Gigabit is the rocket boost that we need to get lightning-fast broadband to all areas of the country.

‘This broadband revolution will fire up people’s businesses and homes, and the vital public services that we all rely on, so we can continue to level up and build back better from this pandemic.’

Digital Secretary Oliver Dowden said: ‘Project Gigabit is our national mission to plug in and power up every corner of the UK and get us gigafit for the future.’

The development comes after regulator Ofcom announced that it will not impose price caps on full-fibre connections provided by firms, as part of new rules.

MORE : Switching broadband may become less of a hassle under new rules.

PrevPreviousThree new microbes ‘unknown to science’ found on the ISS
NextMartin Lewis’ advice on Bitcoin: should you buy it?Next