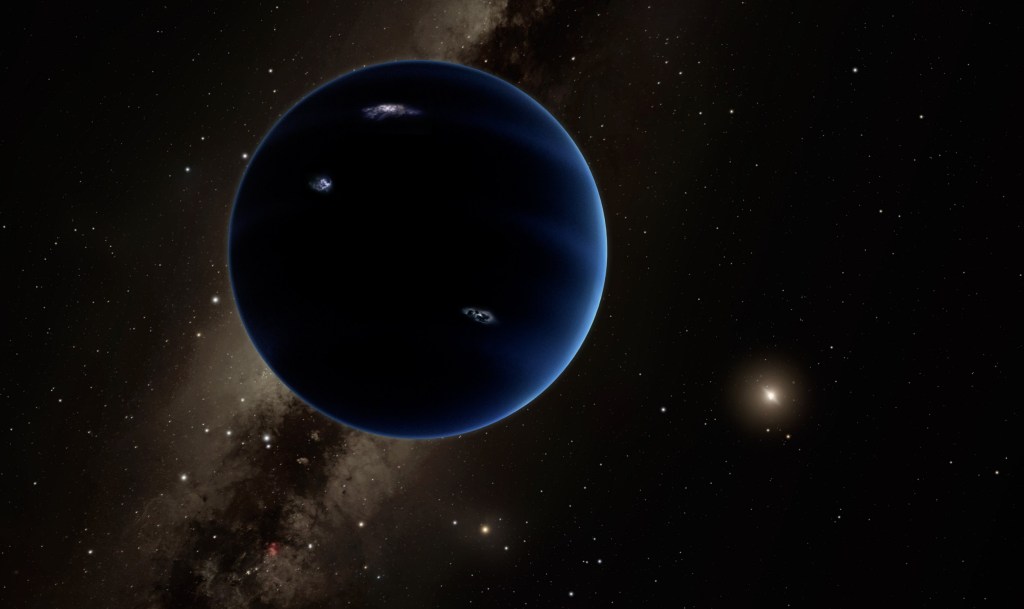 The existence of the elusive ‘Planet Nine’ in our solar system has been a hotly-debated topic in recent years.

Despite the ongoing hunt, astronomers haven’t been able to catch a glimpse of Planet Nine since its existence was theorised.

But they have discovered an exoplanet 336 light years away with the kind of eccentric orbit that would fit with Planet Nine’s own route around our sun.

The massive gas exoplanet, HD 106906 b, travels past the very edge of its binary star system’s circumstellar disc in an orbit that takes 15,000 years to complete. It’s as if Jupiter travelled out past the Kuiper Belt in our own solar system.

If Planet Nine does exist, it could have an orbit somewhat similar – which would make it incredibly difficult to detect given all we know about how the observable planets in our solar system move around the sun.

Although HD 106906 b was discovered in 2013, it’s taken until now for measurements from the Hubble Space Telescope to accurately calculate its orbit pattern.

It’s not yet clear how HD 106906 b achieved this strange orbit. But one theory is that it formed close to its parent stars even as it was being dragged outward by the gas disc. At the point it was shot outward from the two stars, a third passing star stabilised its orbit and prevented it drifting through space as a rogue planet.

‘This system draws a potentially unique comparison with our solar system,’ explained Meiji Nguyen of the University of California, Berkeley, the lead author on the study outlining the path of HD 106906 b.

‘It’s very widely separated from its host stars on an eccentric and highly misaligned orbit, just like the prediction for Planet Nine.’

‘This begs the question of how these planets formed and evolved to end up in their current configuration.’

The system where this gas giant resides is only 15 million years old. This suggests that our Planet Nine — if it does exist — could have formed very early on in the evolution of our 4.6-billion-year-old solar system.