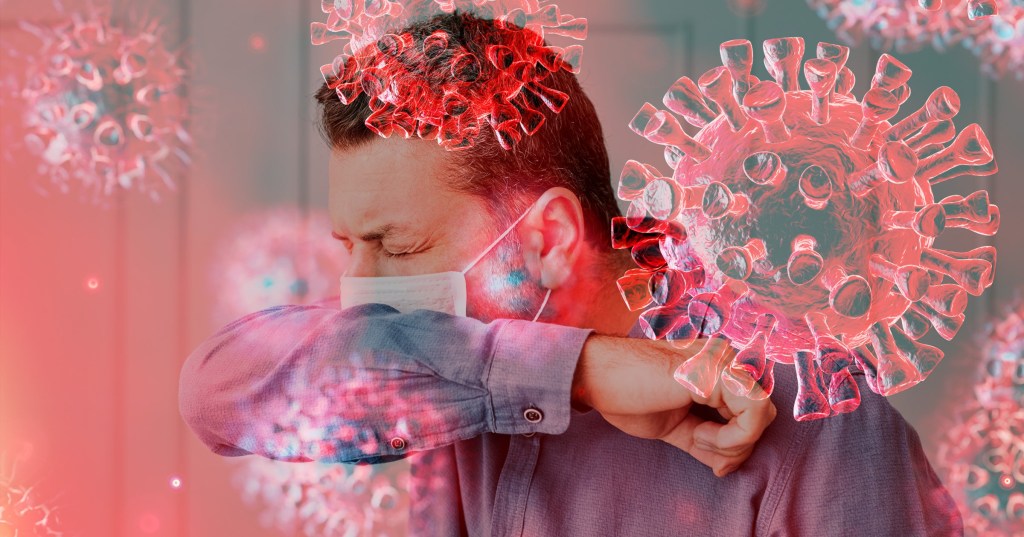 The new strain of the coronavirus has the exact same symptoms as the original variant, the NHS has confirmed.

Whether a person is infected with the original Covid-19 or the mutated variant, they will still experience a persistent cough, loss of taste and smell and a high temperature.

The new Covid strain has been detected in over 1,000 cases although experts have said it is too soon to worry about it.

Health secretary Matt Hancock assured Brits that the new variant of the virus will still be treatable with the vaccine.

‘There are many variants. It just happens that this one has quite a few more mutations than some of the other variants, so that’s the reason why we’ve taken it particularly seriously,’ explained Professor Chris Whitty, England’s Chief Medical Officer.

The official NHS guidance on coronavirus symptoms are:

According to the latest data compiled by researchers at the Office for National Statistics (ONS), anosmia is now the symptom most often reported by people suffering with the virus.

However, fatigue and tiredness are also commonly occurring symptoms – whether a person catches the standard Covid virus or the new, mutated strain.

Figures show that from August 15 to October 26 the number of people testing positive for Covid-19 with a loss of taste or smell increased the most across all age groups.

The difference was even starker among younger people, with up to 60% of those under 35 reporting the symptom as opposed to up to 25% having a fever and less than 10% reporting a cough.

Meanwhile, the data also reveals that school-aged children are the least likely to suffer a cough.

The report states: ‘The positivity rate for school-aged children with cough symptoms has remained low over the period (currently around 5 per cent) whilst the rate for others aged under 35 years and those 35 years and over has steadily increased to around 10% to 15%.

‘This suggests cough is a less specific symptom to Covid-19 in school-aged children.

‘People testing positive are generally more likely to have symptoms of loss of taste or smell, and fever.’

During a statement to the House of Commons in which he confirmed the capital and a number of other areas would be moved into tier three on Wednesday, Mr Hancock said: ‘We have identified a new variant of coronavirus which may be associated with the faster spread in the south of England.

‘Initial analysis suggests that this variant is growing faster than the existing variants. We have currently identified over 1,000 cases with this variant, predominantly in the south of England, although cases have been identified in nearly 60 different local authority areas and numbers are increasing rapidly.’

Mr Hancock said the World Health Organisation had been notified about the development and that Public Health England would continuing analysing it at Porton Down.

PrevPreviousCovid-20? What does discovery of a new coronavirus strain actually mean?
Next‘Planet Nine’ could be explained after astronomers uncover bizarre exoplanet orbitNext