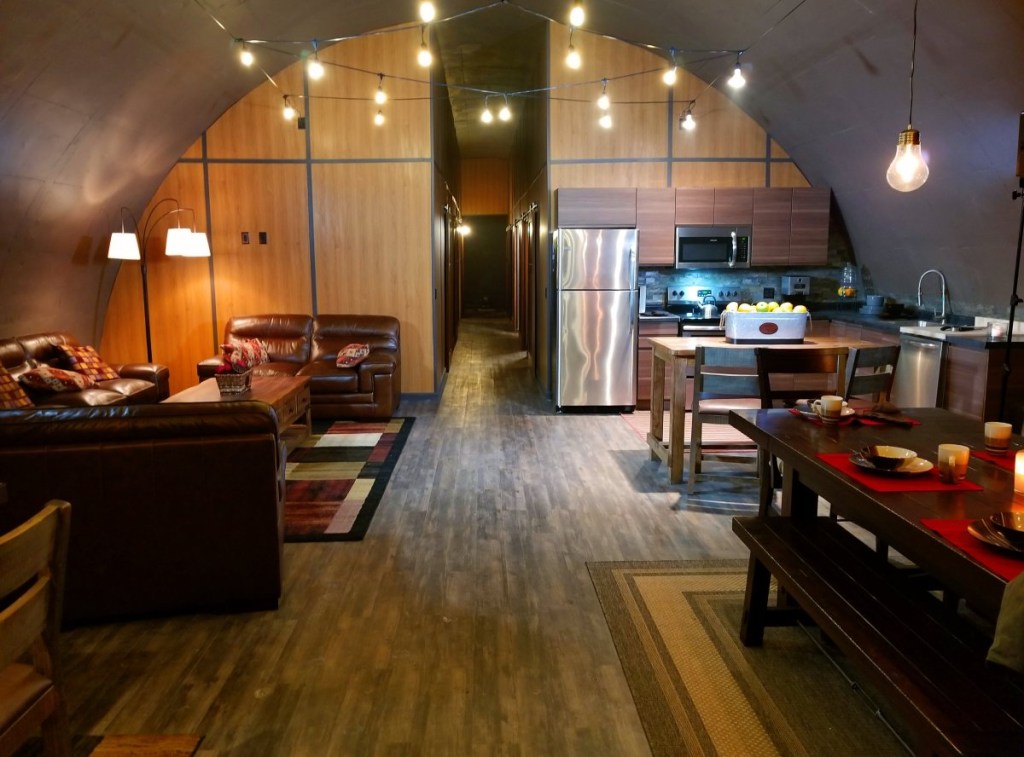 With the coronavirus currently ripping through the United States and questions over the peaceful transfer of power next year, it’s a scary time.

So scary, in fact, that plenty of Americans want to head for underground ‘doomsday bunkers’ to ride out the coming implosion of society.

That’s according to Robert Vincino, who launched the sprawling Vivos xPoint project over a decade ago, offering just such a product.

Vivos is billed as the ‘world’s largest bunker survival community’ and takes up 18 square miles of land in North Dakota. For context, that’s about three-quarters the size of Manhattan.

The site is a former US army depot and has enough space for 575 hardened concrete military bunkers. Each offers nearly 2,200 square feet of underground floor space where residents can live off-grid in ultimate safety.

‘The Vivos security team can spot anyone approaching the property from 3 miles away with just one road in and out,’ the company states on its website.

The company is reporting a 500% increase in business over the last year with inquiries from above-ground dwellers surging by 2,000%.

Vincino says that a family can live underground for a year in one of the bunkers, with prices starting at £42,000. Each one is capable of withstanding a 500,000lb bomb blast.

‘These facilities are fully stocked, they’ve got gyms, small surgical clinics, even a jail,’ he told Nine.com.au.

‘If someone needs to be detained, maybe because they’re just losing it psychologically, we can do that.’

Although the price starts at £42k, residents can spend many more thousands kitting their bunkers out with all the mod cons.

Back in April, Vincino was confident that pandemic meant his doomsday bunkers were the safest place to be.

‘When people run out for money they’re going to go looking for food. And that’s when it’s going to get real ugly,’ he said.

‘At that point you want to be in Vivos. Think of it as a fortress. You’re safe from all of the marauders and anarchists.’

Shared features at the complex include an organic hydroponic and aquaculture food production system, a bar and lounge, pool and spa, digital weather station, and an indoor shooting range.

‘Our clients are not ‘afraid’, but rather aware and well informed about what is now going on around the world and the myriad of threats we all face,’ said Vicino.

‘Vivos is the Plan B backup plan for their life-assurance if and when all hell breaks loose.’