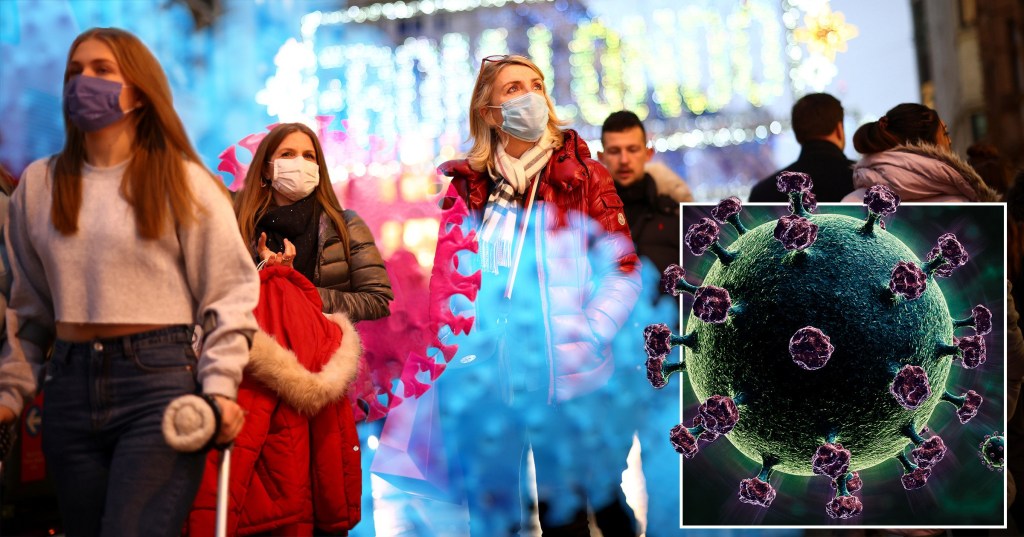 A new form of the coronavirus, found in at least 1,000 cases in the UK, spreads faster than other mutations of the virus.

It was cited as the reason for introducing London, Essex and parts of Hertfordshire into tier 3 this week.

According to experts, the new strain – known as VUI – 202012/01 – could become even more widely distributed than the Spanish one named 20A.EU1 that began infecting Brits in the summer.

Scientists at the Covid-19 Genomics UK Consortium (COG-UK), first identified the new mutation back in September. But they are at a loss to explain why it spreads so quickly.

‘If we compare and contrast to the lineage that seem to have been imported in significant numbers from Spain, that one did sweep and become the dominant variant quite quickly, and remains dominant in the UK,’ said Professor Nick Loman, one of the scientists at COG-UK.

‘But the initial modelling has shown this is growing faster than that one, and we don’t have that same epidemiological link to importations,’ he explained during a virtual briefing on December 15.

‘It makes you wonder exactly what’s going on.’

When questioned on the origin of the new strain, Professor Loman acknowledged that the experts weren’t sure.

‘It does seem to have come out of nowhere,’ he told journalists.

‘And then we have a long gap between the first cases we saw with this variant, which was late September, and what happened before that – a long explained gap.

‘On the balance of probability, it’s more likely to have come from the UK or to have evolved here but we don’t know that.’

While different strains of the coronaviurs are nothing new, what marks VUI – 202012/01 out is the speed at which it moves.

‘Most of the time if you see a large number of cases in a city, you see a lot of lineages… and slightly different variants transmitting,’ Professor Loman added.

‘This is quite different from that, in that we are seeing a really sizable fraction of those cases associated with this new variant. That gives us a little bit more concern, it is a little more unusual compared to what we normally see.’

‘There are many variants. It just happens that this one has quite a few more mutations than some of the other variants, so that’s the reason why we’ve taken it particularly seriously,’ he explained.

As far as symptoms for the new strain, the NHS says they are the same as the regular Covid-19 infection. These are:

According to the latest data compiled by researchers at the Office for National Statistics (ONS), anosmia is now the symptom most often reported by people suffering with the virus.

Health Secretary Matt Hancock has stressed there is no evidence to suggest the new strain is more likely to cause serious disease.

Crucially, it’s also highly unlikely the mutation would fail to respond to a Covid-19 vaccine.

Scientists will be growing the new strain in the lab to see how it responds.

This includes looking at whether it produces the same antibody response, how it reacts to the vaccine, and modelling the new strain.

It could take up to two weeks for this thorough process to be complete.