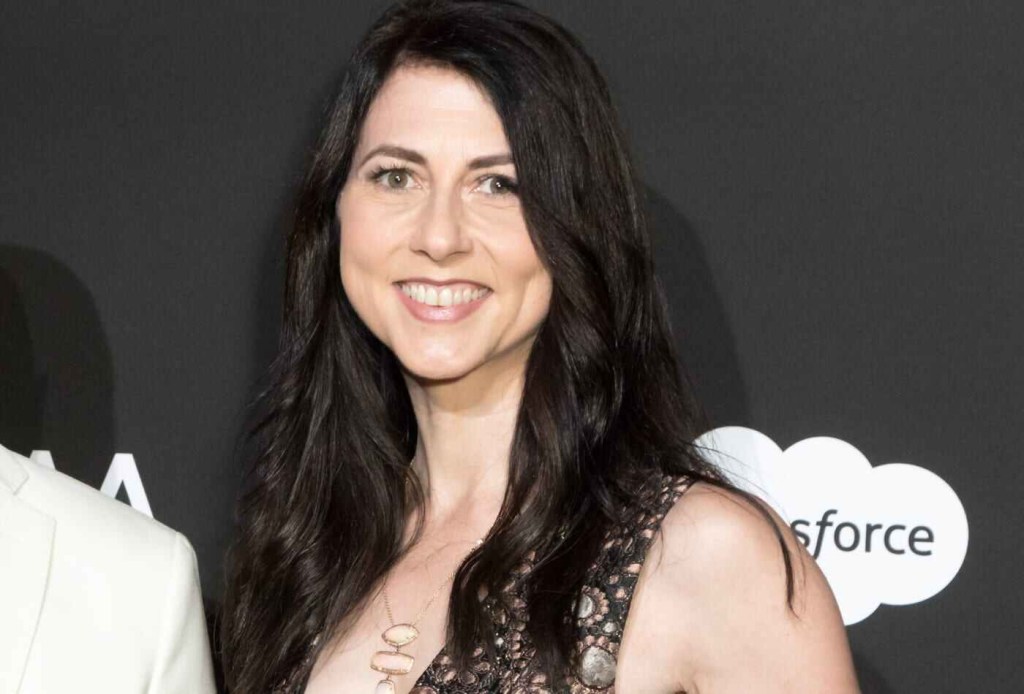 MacKenzie Scott, the ex-wife of Amazon boss Jeff Bezos, has given away more than £3 billion since July.

After a £30 billion divorce settlement from Bezos, Scott became the richest woman in the world – and immediately set about giving away her fortune.

In a blog post on Tuesday, she detailed how she tasked her team with donating her fortune as quickly as possible.

‘This pandemic has been a wrecking ball in the lives of Americans already struggling’ Scott wrote.

‘Economic losses and health outcomes alike have been worse for women, for people of color and for people living in poverty. Meanwhile, it has substantially increased the wealth of billionaires.’

It is these disproportionately affected groups that Scott has targeted, with her team identifying 384 groups to receive gifts, narrowed down from nearly 6,500 organisations.

In July, Scott donated £1.7 billion to 116 charities, stating she wanted to bring attention to ‘organisations and leaders driving change.’

She also signed the Giving Pledge last year, a commitment for billionaires to give the majority of their wealth away.

‘I have a disproportionate amount of money to share,’ she wrote at the time.

Altogether, Scott has given away nearly £5 billion this year, one of the largest sums ever donated from a living individual in a single year.

But despite these vast sums, her personal fortune has nearly tripled in size, rising from less than £20 billion to nearly £60 billion this year after Amazon stock, the primary constituent of her wealth, surged.

Jeff Bezos, who kept three-quarters of Amazon stock in the divorce settlement, has profited even more from Amazon’s success, seeing his fortune approach to £180 billion this year, a near £70 billion increase.

The world’s richest man has also been active in philanthropy – he committed almost £10 billion to issues surrounding climate change in February.

Billionaires often use the justification that it’s difficult to give away large sums of money without being wasteful, but critics say that Scott’s philanthropic success proves this theory wrong.

Of the 384 groups that were detailed to receive funding, there were more than 30 higher education institutes, including ‘historically black’ colleges and universities, 40 food banks and a large number of non-profits which had the power to distribute funds.

Coastal Enterprises, a non-profit which provides loans to disadvantaged small businesses in Maine, USA, received $10 million, which is equal to its entire annual operating budget.

‘It’s an amazing day at the end of what’s been a very challenging year,’ said CEO Betsy Biemann.

Scott listed the names of each party she donated to, as she did for the 116 groups she donated to in July, to call attention to ‘organizations and leaders driving change.’

The groups, Scott argued, had ‘dedicated their lives to helping others, working and volunteering and serving real people face-to-face at bedsides and tables, in prisons and courtrooms and classrooms, on streets and hospital wards and hotlines and frontlines of all types and sizes.’

Experts have congratulated the world’s richest woman on the speed and efficiency of her donations.

Boston College law professor Ray Madoff told Bloomberg: ‘She shares the results of her research and criteria so that donors of all levels can learn about organizations that are particularly worthy of support.’