Battered and broken Isle of Wight monolith appears on eBay 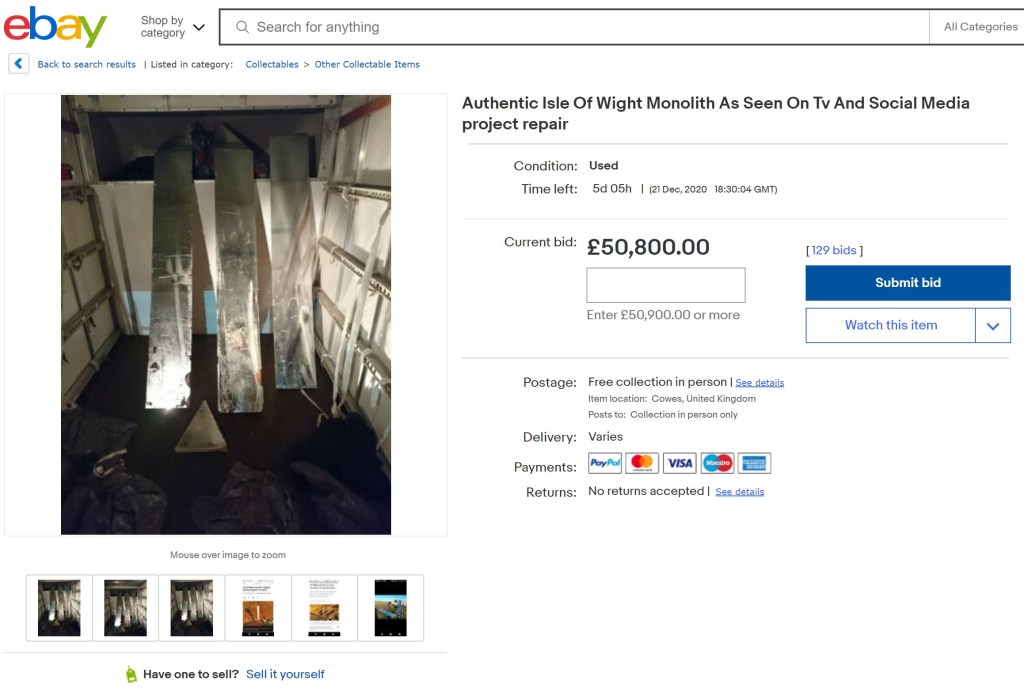 The remains of the monolith that appeared mysteriously on a beach on the Isle of Wight has been listed on eBay.

The remains of the eight-foot silver pillar is currently drawing bids of over £50,000.

It appeared at the base of a cliff on Compton Beach on December 6 – gripping the internet as part of a series of strange monoliths appearing at random places.

The mirrored column was put there by creator Tom Dunford, but was only erect for a few days before it vanished and reappeared on the auction site.

Residents were baffled when it initially appeared in the sand seemingly out of nowhere.

Ami Blackburn, 31, went to investigate and take her own photos with her son and boyfriend after seeing pictures on social media.

Miss Blackburn, who is a healthcare assistant from Newport, Isle of Wight, said: ‘I thought I was very bizarre when I first saw it and immediately researched the ones found in Utah, California and Romania.

‘We moved some of the sand from around the bottom and it’s partly buried but we felt underneath and it was made of wood with mirrors stuck to the side.

‘I’d love the idea of it being delivered by aliens but it’s more than likely an unusual art project. But can 2020 get any weirder?’

It was followed by a second monolith appearing in Romania and then a third in California. Since then they’ve been popping up all over America, Europe and South America.