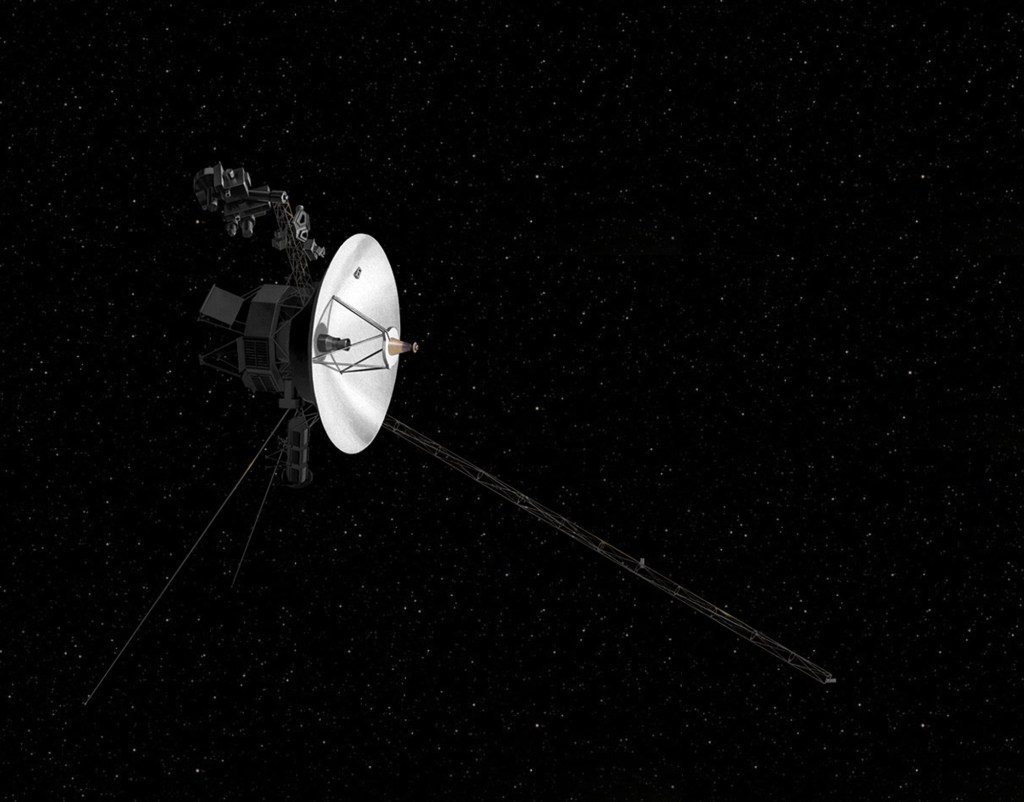 The probe was launched back in 1977 and is currently 11.5 billion miles from Earth.

Together with Voyager 1, they are the most distant spacecraft in the known universe.

Earlier this year, Nasa was forced to abandon Voyager 2 as it focused on updating hardware at the ground-based Deep Space Station 43 (DSS43) in Australia. This week, the space agency switched the new hardware on and pinged the craft flying through the far reaches of space.

Because of the vast distances involved, the team had to wait 34 hours for a reply.

But the transmission was successful and Voyager 2 sent back a ‘hello’.

DSS43 is one of three others that are part of the Deep Space Network (DSN) that communicate with ships in deep space -the other two include Goldstone, California, and Madrid, Spain.

Brad Arnold, the DSN project manager at NASA’s Jet Propulsion Lab in Southern California, said: ‘What makes this task unique is that we’re doing work at all levels of the antenna, from the pedestal at ground level all the way up to the feedcones at the center of the dish that extend above the rim.’

‘This test communication with Voyager 2 definitely tells us that things are on track with the work we’re doing.’

In 1989, the spacecraft flew over Neptune’s north pole as it made a close flyby, which pushed it southward – and it has been heading in this direction ever since.

Now more than 11.6 billion miles from Earth, the spacecraft is so far south that it doesn’t have a line of sight with radio antennas in the Northern Hemisphere.

DSS43 is the only technology on our planet with a transmitter powerful enough to reach such a distance and it is now receiving science data of interstellar space from the probe.

Philip Baldwin, operations manager for NASA’s Space Communications and Navigation (SCaN) Program, said: ‘The DSS43 antenna is a highly specialized system; there are only two other similar antennas in the world, so having the antenna down for one year is not an ideal situation for Voyager or for many other NASA missions.’

‘The agency made the decision to conduct these upgrades to ensure that the antenna can continue to be used for current and future missions.’

‘For an antenna that is almost 50 years old, it’s better to be proactive than reactive with critical maintenance.’