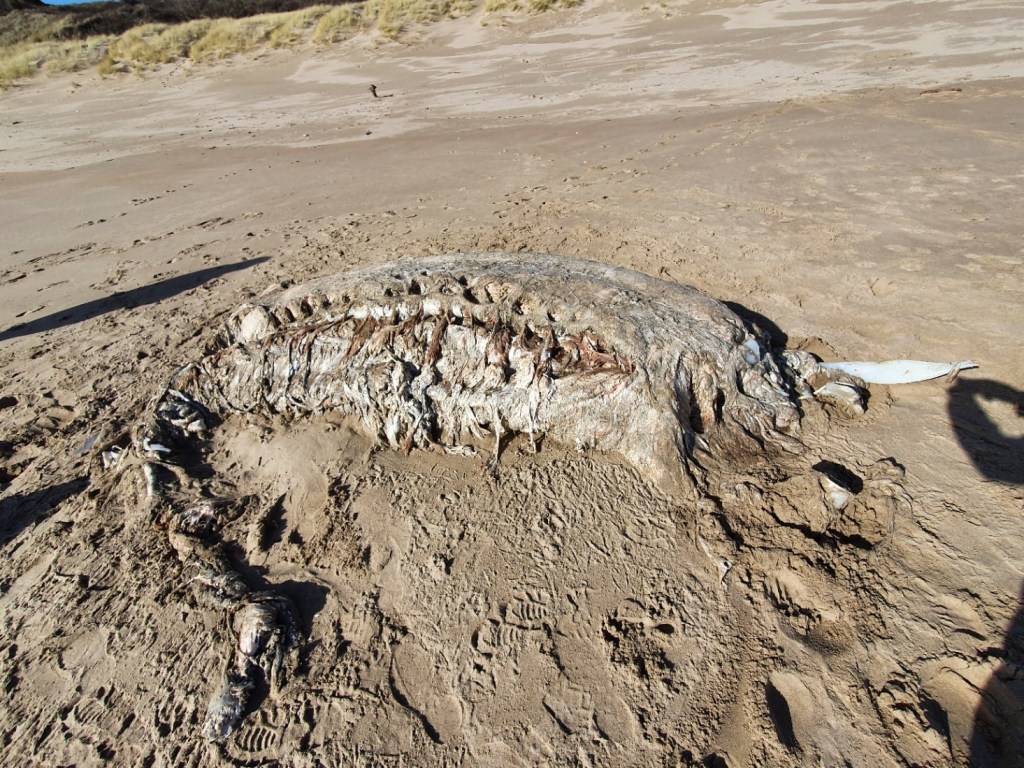 An unidentified creature, measuring 24-feet long and weighing an estimated four tonnes, has washed up on a beach in Wales.

The finders reported it to the UK Cetacean Strandings Investigation Programme (CSIP). Experts couldn’t identify what it was, so samples of the decomposing remains have been sent away for testing.

Matthew Westfield, the CSIP stranding co-ordinator for Wales, said: ‘It’s very difficult to tell for certain what it is because it’s so badly decomposed.

‘It died at sea and had been dead for a while before it washed up on the beach, so it would have come in with one of the high tides.’

The creature’s entire head seems to have gone and there are no obvious limbs to help with an identification.

While the remains of the creature’s spine has been measured as 23-feet long, there’s no telling if it was complete. When alive, it may have been far larger.

‘Basically the whole head element was either decomposed or missing or pointing in the wrong direction,’ Mr Westfield said.

‘We were unable to say, ‘right, there’s the head element of it’ so we suspect it could have been longer.’

According to the lady that discovered it, the creature may have once been a basking shark.

But Mr Westfield said it was simply reported to him as a ‘blob’ that washed up on the beach.

As for what killed it, we’ll never know.

‘It’s completely impossible to say what the cause of death was,’ Mr Westfield added. ‘It could be anything from its age, to bycatch, to injury to anything else.’