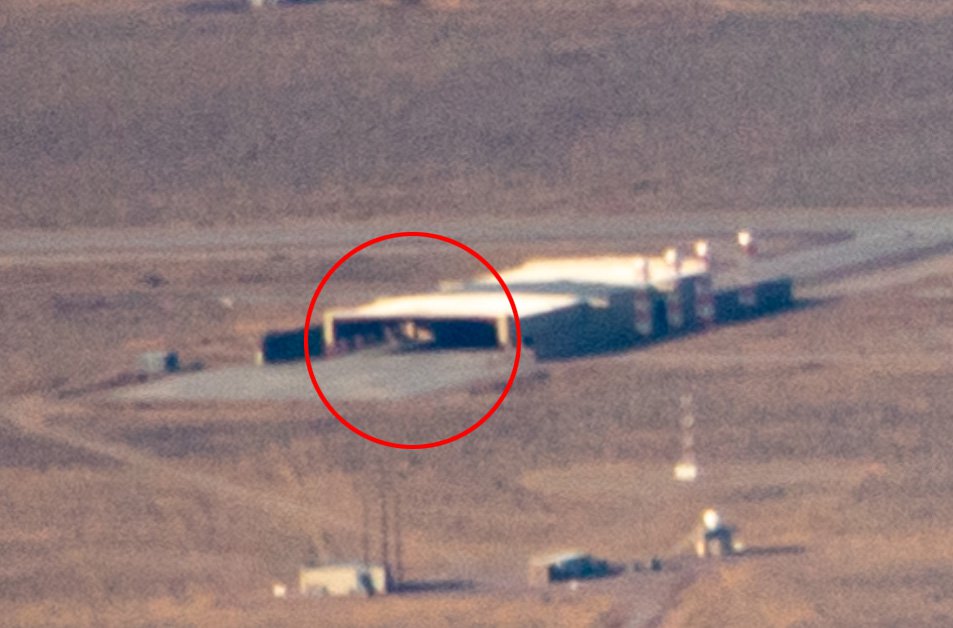 New pictures of the secretive Area 51 military base have been published following a flyby from a pilot on Christmas Day.

In one of the pictures, a strange triangular shape can be seen inside the open door of a hanger.

Private pilot Gabe Zeifman took just over 1,000 pictures of the Nevada military complex on Christmas Day when he flew his small Cessna 150 plane nearby. He had permission from flight controllers to pass near the base which is usually subject to extremely restricted airspace.

His flight path allowed him to get a glimpse inside the Nevada Test and Training Range (NTTR) which is part of the sprawling Area 51 installation.

In the videos of his flights, posted to YouTube, Zeifman can be heard getting clearance for his route over the restricted area.

Internet users have been pouring over the images, trying to deduce if it shows evidence of some kind of alien technology.

I’m surprised they let him get that close. But here’s the thing, even the US government admits UFOs are real. They’re probably doing reverse engineering of alien technology at area 51. I’d bet money on it.

Others were less convinced.

Interestingly, these shots come just as the Pentagon gets set to release classified UFO documents into the public domain.

In December, President Trump signed a $2.3 trillion Covid-19 relief bill that included an act stating government agencies must publish a report in the next six months.