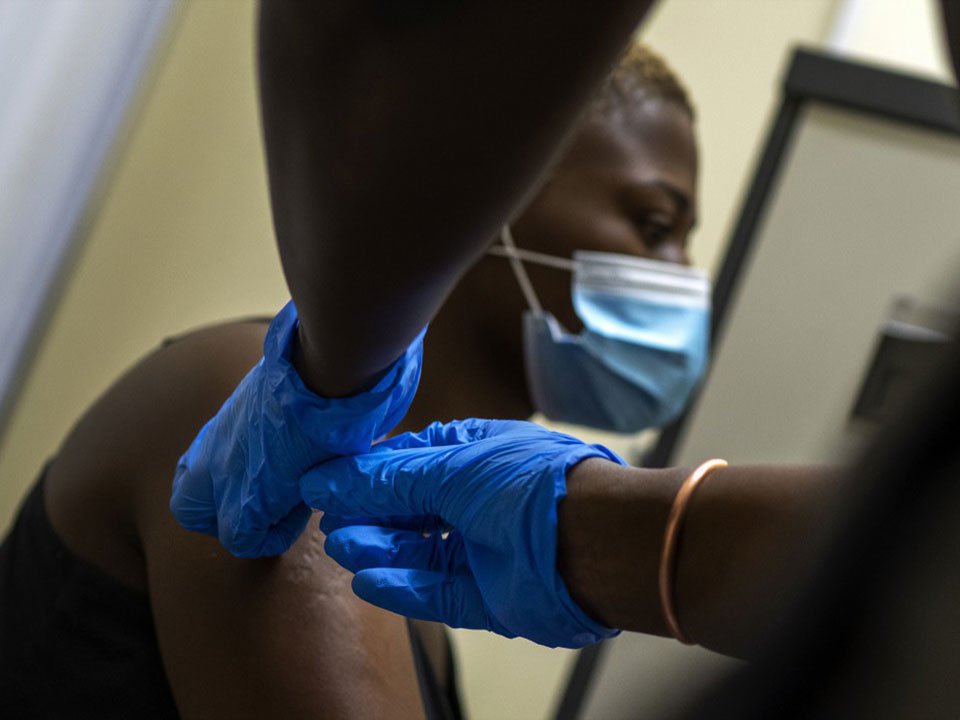 Only being vaccinated with a single dose could put people at risk from the new South African coronavirus strain, according to South Africa’s top vaccine advisor.

South Africa’s recent outbreak has surged past 1.1 million cases, 90% of which is estimated to be made up of the new variant, which is a separate mutation to the new virus driving the UK’s cases.

While the strain does not appear to cause more severe disease, it appears to be much more transmissible and successful at evading vaccine protection.

A recent lab study, carried out by South African researchers, showed antibodies from recovered patients to be 10 times less effective against the new mutation.

‘It is more transmissible, and your immunity is only half what it should be, so that will increase the risk of transmission.

‘I’d think the variants would be a motivation to go for the double dose as much as you can.’

The UK has opted to go for a ‘single dose’ strategy due to limited vaccine supplies, where more people will be vaccinated with a single dose first, rather than having a follow-up dose soon after.

Originally, follow-up doses were planned for 3 weeks after the first, but that has been extended to 12 weeks by the UK’s chief medical officers.

A follow up vaccine dose is often needed to grant longer lasting immunity.

However, data from the early studies suggested that a level of immunity might be given from just a single dose – though this claim is disputed by manufacturers.

The ‘single dose’ policy for existing vaccines is different from vaccines designed for a single dose, like the one being looked at by UK regulatory agencies.

The South African strain has already been detected in the UK, with two cases identified in London and the North West of England.

Transport links with South Africa have been suspended, with health secretary Matt Hancock describing the variant as ‘incredibly worrying.’

But Professor Schoub warned that border controls wouldn’t be enough to stop the new strain, and that a single dose would weaken protection in vulnerable people.

The new strain’s success at evading antibodies appears to be due to a mutation in the spike protein, which the virus uses to enter human cells.

Lab tests showed the new strain could successfully evade antibodies, which raises the possibility of those with weaker immunity, from either a single vaccine dose or mild bout of the illness, at greater risk of reinfection.

Researchers in America looking at the new strains described the findings as ‘worrying’.

While the research hasn’t yet been peer reviewed and only published as a pre-print on archiving site bioRxiv, the consequences are concerning to researchers.

But Professor Schoub warned that the result may not translate to patients.

‘It doesn’t necessarily mean the lab finding will mean infections in those who have been vaccinated.

‘We need ongoing studies in countries where we have rolled out vaccination programmes to see if there are breakthrough infections.’