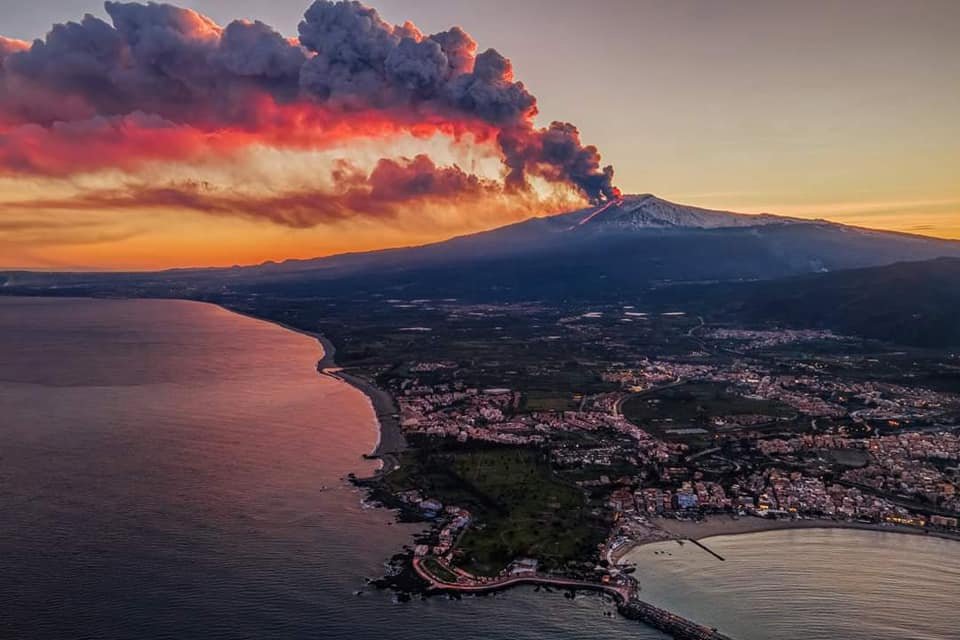 Mount Etna, one of the world’s most active volcanoes, has erupted again this week spewing clouds of ash and smoke.

The volcano exploded on Tuesday this week, but Italian authorities said it posed no danger to the surrounding villages.

Estimating that the eruption from Etna’s southeastern crater began late Tuesday afternoon, Branco insisted that the latest burst of activity was ‘not at all worrying’.

The emergency authorities said on their Twitter account that they were monitoring the situation closely in the three villages at the foot of the volcano – Linguaglossa, Fornazzo and Milo.

Images showed a spectacular rose-coloured plume of ashes above the snow-capped summit, but the cloud had largely dissipated by nightfall, while lava flows continued to glow.

It previously erupted – in equally spectacular fashion – back in December 2020.