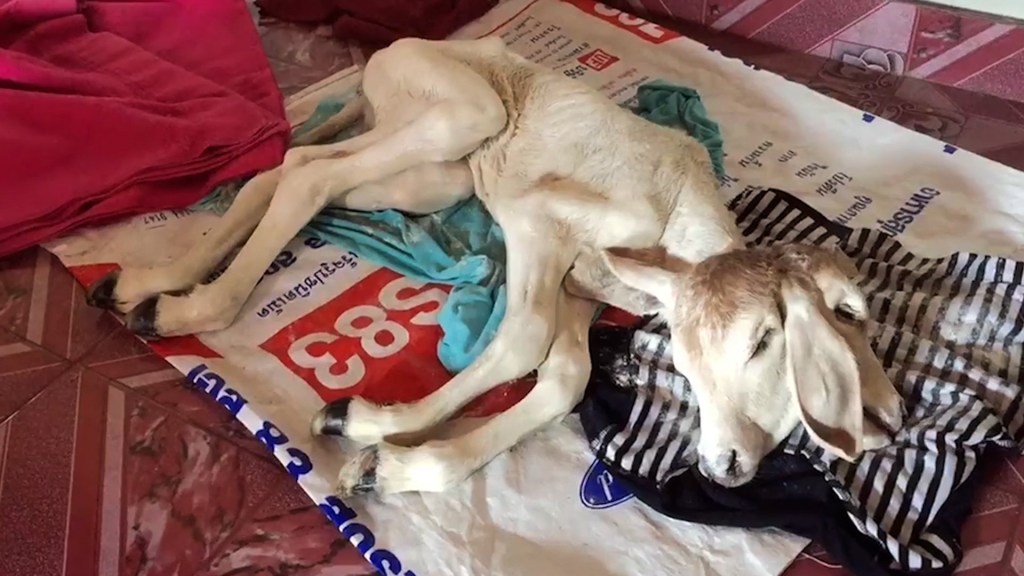 If you finally hit it big on the lottery, what would you ascribe your winnings to?

Perhaps it was the fickle finger of fate that plucked you from the masses. Or, alternatively, perhaps you came into ownership of some kind of lucky talisman.

A villager in Thailand appears to believe the latter as he credits his £480 win on the local lottery from luck inherited after the birth of a malformed calf with two heads.

The poor creature was born with two sets of reproductive organs and an extra ear poking out in the middle of its two heads. Because of its deformities, it couldn’t breathe properly and became too weak to eat. It died half an hour after being born.

It doesn’t look like the creature will be forgotten in a hurry, though.

Farmer Somorn Krasaesom, 66, proclaimed the animal was a ‘gift from the heavens’ and he had dreamed about it before it was born.

‘In my dream, I was holding a baby like my grandchild. The baby was supposed to give me a prosperous life,’ he said, according to the Daily Star.

‘It came true. Ever since the cow was born, I became lucky.”

Somorn says he won 20,000 Baht (£480) on the local lottery soon after and will be organising a shrine to the mutant creature.

Footage circulated online shows people lighting incense in front of the animal’s body before saying their prayers in the Buriram province in Thailand on February 14.