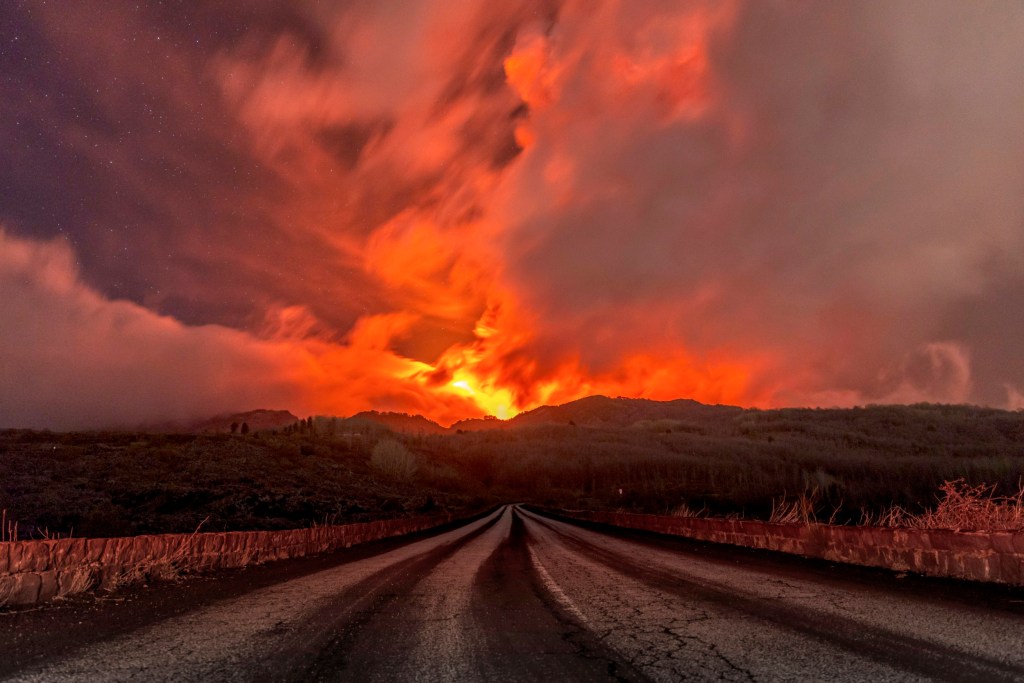 Mount Etna has continued its period of intense activity with yet another spectacular eruption.

This latest eruption, following on from episodes last month, lit up the night sky with dark orange hues on Tuesday night.

Following the eruption, lava was heading towards the Valle del Bove, a desert-like valley covered in black lava stone where many previous flows have ended their journey, the National Institute of Geophysics and Volcanology (INGV) tweeted.

The southeastern crater is at the epicentre of the activity that started back on February 16 and caused activity from the volcano 10 times in the past three weeks, INGV tweeted.

Ash and rock fragments have also covered roads and buildings in nearby towns in recent days.

At the end of February, the INGV told Reuters that overall Etna’s activity was similar to the more than 200 eruptions seen since 1998 and there was no risk for the people and cities around the mountain.

The 3,330 metre high volcano on Sicily, can burst into action several times a year.