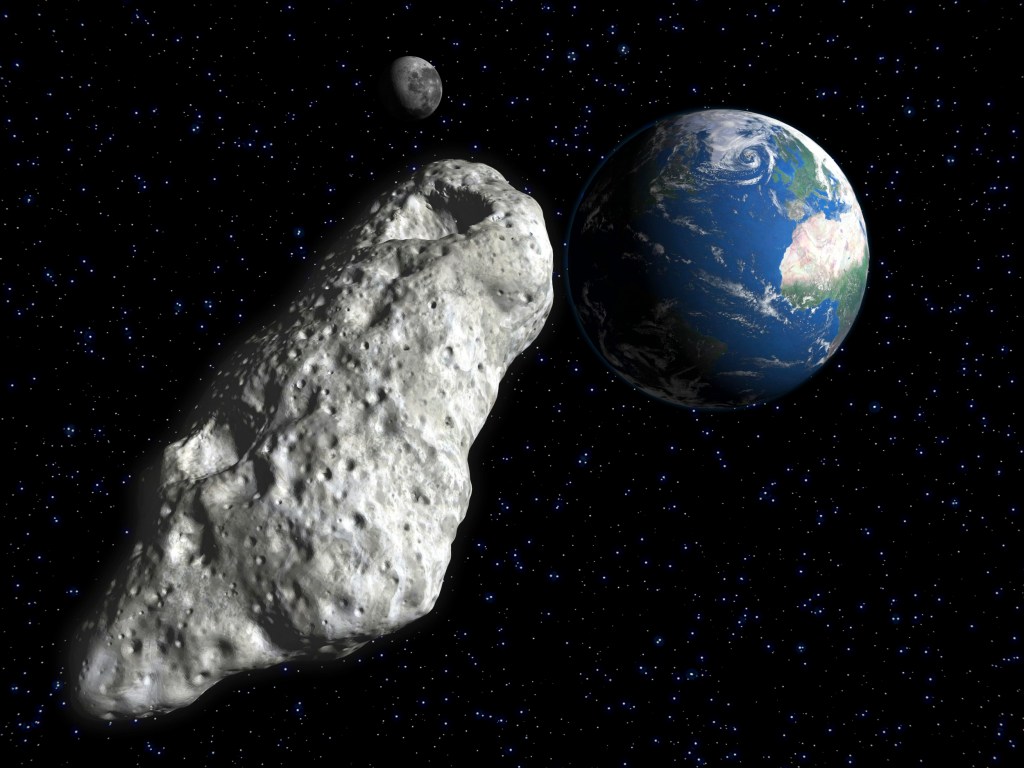 Scientists have long known that certain ingredients are needed to support life, especially water and key organic chemicals like carbon. In recent years, both ingredients have been found on giant asteroids and other celestial bodies.

But, until now, no study had delivered conclusive evidence, based on extraterrestrial samples, to show how and when organic matter was made on the rocks that gravity flings around our solar system.

Alongside a group of international scientists, my team has been analysing some of the minuscule particles taken from one such rock: an asteroid called 25143 Itokawa. Our study found organic matter — the raw ingredients for life — had been produced on the surface of Itokawa, as well as being delivered there via meteorite and space dust impacts.

It is the first time a research team has shown that organics were created in situ on asteroids, and that this organic content may have evolved when other organic material hit the asteroid’s surface over time. With this knowledge, we can speculate about the evolution of Earth’s surface chemistry over the billions of years that preceded the first spark of life on our planet.

Each day, between 50 and 150 meteorites that weigh over 10 grams hit the Earth’s surface. These tiny rocks could bear chemical clues about our solar system, but as soon as they enter our atmosphere — and especially after they’ve struck Earth — they become contaminated, distorting and erasing the clues they arrived with.

That’s why space missions have set out to collect samples directly from asteroids as well as from a comet, the Moon and Mars: to inspect extraterrestrial particles that haven’t been sullied by terrestrial contaminants.

One such mission was launched by the Japan Aerospace Exploration Agency (JAXA) back in 2003. The Hayabusa mission, bound for the near-Earth asteroid Itokawa, sought to capture, store and return particles that scientists could inspect for signs of the ingredients needed to support life.

Itokawa was selected for the mission because its orbit would bring it closer to Earth just as the Hayabusa spacecraft intercepted it in 2005 — a feat it managed despite two years of troubled spaceflight dogged by solar flares and technical difficulties.

After six weeks of remote observation 20 kilometres above Itokawa, Hayabusa dived down to the asteroid’s surface, performing two touchdowns while travelling at over 25 kilometres per second through space. These touchdown nosedives resembled how a falcon dives to catch its prey. ‘Hayabusa’ is the Japanese word for falcon, though its prey on this mission was asteroid dust.

Cargo safely stowed, Hayabusa returned to Earth in 2010 with thousands of precious, untainted dust particles. By 2012, those particles had been carefully distributed to scientists worldwide. Many were just 50 micrometres in diameter, roughly half the diameter of a human hair.

Analysing the particles was delicate work. We could only pick them up using the tip of a needle: the particle sticks to the needle by static electricity only, and a tiny breath of air could easily blow the particle away forever. We also needed to make absolutely sure that no particles were tainted by terrestrial contamination as we studied them.

So far, organic analyses have been carried out on fewer than ten Itokawa particles. These studies have found water and organic matter. Yet in all cases the authors were uncertain of the definite origin of the organic matter and water traces they found: both were technically indistinguishable from that found in terrestrial rocks.

Our particle was different. Nicknamed ‘Amazon’ because its shape resembled that of South America, our particle also contained organic matter — but this time, its isotopic signatures classed it as unambiguously extraterrestrial.

That’s because we found primitive, unheated organics in Amazon as well as graphitised organics, which must have been heated to 600°C. Both organics occurred just 10 micrometres away from each other.

It was interesting to discover that Itokawa had experienced such high temperatures in the past. It meant Itokawa must have belonged to a much larger asteroid of at least 40 kilometres in diameter before being catastrophically impacted and shattered into fragments, some of which came back together to form Itokawa.

The heated organic matter had to have come from the very hot interior of a formerly large asteroid, while the unheated matter must have settled on Itokawa later, from carbonaceous meteorite impacts, or from space dust. The same happened with Itokawa’s water: it was lost in its period of heating, and it rehydrated from exogenous water after the heating had subsided.

Our findings clearly show that Itokawa, and likely many other asteroids in our solar system, can evolve water and organic matter in different ways, and in different conditions, over aeons of celestial time.

Equipped with this new knowledge, we can speculate about Earth’s own evolution in the time before life developed. If celestial rocks can develop and even share their organic material over billions of years, as we’ve witnessed with Itokawa, perhaps Earth’s special place in our cosmos, bearing intelligent life where other planets do not, is the result of similar celestial interactions.

■ Tap here to read the original article on The Conversation