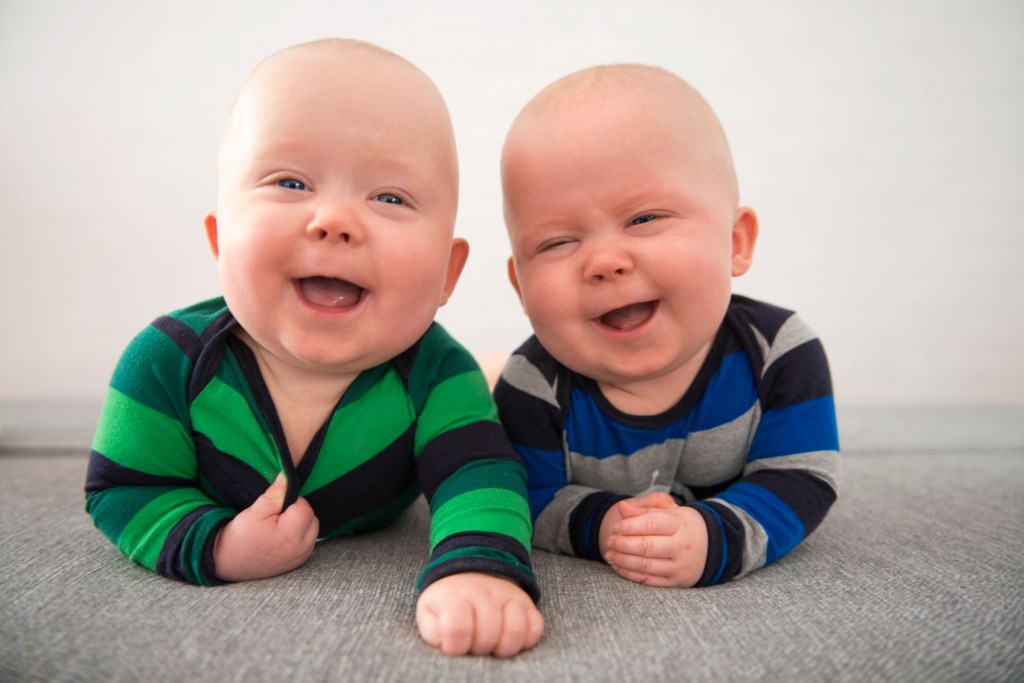 Don’t worry, you really could be seeing double more often, according to research showing there are now more twins on the planet than at any time in history.

It is now estimated that there are 1.6 million sets of twins born every year across the world and one in every 42 children born is a twin thanks to medical advances such as IVF and artificial insemination as well as a trend for older mums.

Around 12 in every 1,000 deliveries are a pair of babies compared to just nine in every 1,000 during the 1980s, a rise of one third, said the analysis for the specialist science journal Human Reproduction.

But the figure may be reaching a peak, said researchers from the University of Oxford together with the French Museum of Natural History in Paris and Radboud University in the Netherlands.

They claim the study is first comprehensive global analysis of twinning after looking at birth date from 165 countries from the 1980s onwards.

The main cause of the rise is ‘medically assisted reproduction’ (MAR) with includes IVF but also other methods such as ovarian stimulation and artificial insemination.

The likelihood of giving birth to twins rises with age and women in an increasing number of countries, particularly in Europe and North America, are delaying childbirth till they are older as they establish careers or marry later or marry more than once.

But the researchers also believe the rate of twinning may have reached a peak because more couples are actively trying to make sure they do not have too many children and place more emphasis on achieving single births in both developed nations and in poorer ones, said the study.

In poorer countries, such as in Africa, multiple births can also result in more deaths as healthcare resources are more scarce, it added.

Oxford University’s Professor Christiaan Monden, said: ‘The relative and absolute numbers of twins in the world are higher than they have ever been since the mid-twentieth century and this is likely to be an all-time high.

This is important as twin deliveries are associated with higher death rates among babies and children and more complications for mothers and children during pregnancy, and during and after delivery.’

The data showed the rise in twin births were around 10 per cent of more in 74 per cent of 112 countries where data was available from 1980 onwards. The rise in Asia was 32 per cent and in North America a massive jump of 71 per cent. There were just seven countries with substantial falls in the number of twin births.

Prof Monden said: ‘Africa had the highest twinning rates and there was no significant increase over time. However, Europe, North America and the Oceanic countries are catching up rapidly.

‘About 80% of all twin deliveries in the world now take place in Asia and Africa.’

With infant mortality rates falling over the same period, the number of twins who grow into adults has increased too, the study added.

Further studies to measure the rate of growth across the next decade will show whether or not twinning rates have peaked and even start to come down in some nations, the research notes.

PrevPreviousMount Etna produces 10th spectacular eruption as explosions light up the sky
Next#DeepNostalgia: The pros and cons of animating portraits with AINext