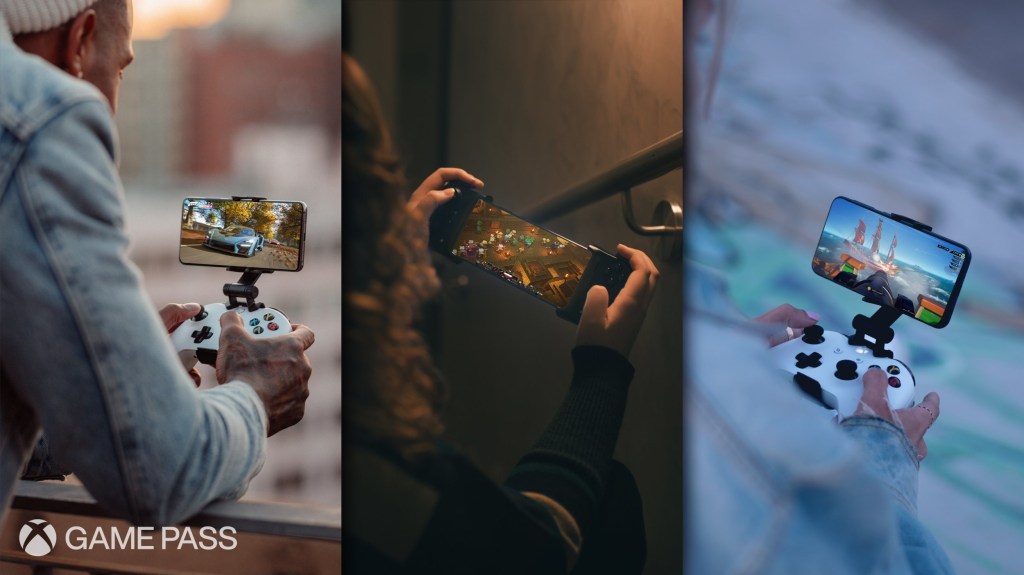 It can’t have escaped anyone’s notice that the video gaming community is getting pretty amped up over the imminent arrival of the next generation of PlayStation and Xbox consoles.

These new boxes appear every eight years or so and usher in a massive upgrade of every part of the gaming experience. Graphics go up, loading times go down.

In times gone by the games console was a niche part of the living room but now these gadgets are powerhouse computers capable of handling just about every part of the multimedia experience.

But Microsoft in particular seems to be going even further this year. It’s not just about the Xbox Series X, it’s about the Xbox Game Pass Ultimate subscription package.

If it comes off, it’ll be the kind of ‘Netflix for games’ that everyone thought Stadia was.

In essence, it doesn’t matter whether you have an Xbox under the TV. With Game Pass, you can play Forza on your desktop or your Android phone. Eventually, we’re told, it’ll come to iOS as well.

I tested out a trial period of Xbox Game Pass Ultimate (£10.99 per month) and, it’s fair to say, was blown away by the option to play Halo 5 on my smartphone.

The terminology gets a bit confusing, but Game Pass essentially grants you access to xCloud – the service that streams the game from Microsoft’s servers to your phone. And you need the highest tier of Game Pass (called ‘Ultimate’) to get to xCloud. If you go for the regular Game Pass, you’ll just get to enjoy extra games on your Xbox – no phone streaming allowed. Capice? Right then.

While Google’s Stadia Pro subscription comes with an OK-ish slate of free games, most of the AAA games must be paid for separately. Not so with Microsoft. The xCloud offers an absolutely bonkers amount of games, spanning genres, eras, AAAs and award-winning indies.

Unlike Stadia, the Xbox platform doesn’t require developers to port games either because Microsoft already owns a vast library of first party IPs. In the same way that Spotify turned into a tool to discover new music without the physical constraints of the high street, xCloud could introduce a new generation of gamers to the video games of yesteryear and tomorrow with zero boundaries.

Furthermore, regular Xbox gamers will spot that saved files from games you stopped playing ages ago are alive and kicking in the cloud, ready to access at the press of a button. The first time you fire it up, it’s quite a ‘wow’ moment.

There are a few requirements: You’ll need an Android smartphone or tablet running the Game Pass app and a minimum of a 10Mbps internet connection. You’ll also need a Bluetooth controller. It doesn’t have to be an Xbox pad, but it helps. At present, there aren’t any options to play the games with touchscreen controls.

I’ll offer the caveat that it’s not always the ‘wow’ moment. After the initial impression has worn off, you start realising that loading times take quite a while. You’re looking at a good two or three minutes to boot up the app, find your game, get it to load up and then, finally, load up the mission/race/level/whatever inside the game itself. You may find yourself getting a little bored of the tiny rocket ship that counts as the xCloud loading screen.

This is still a coup for mobile gaming and even if titles like Sea Of Thieves and Resident Evil 7 don’t lend themselves to the smaller screen, there’s still fun to be had with the ‘plays great on mobile’ collection. Just make sure you pick yourself up some decent physical controls.

I was playing with Razer’s slick Kishi (You can buy it here for £99.95) which basically turned my Pixel 4 into a Switch-style portable Xbox One. It was glorious.

As Sony and Microsoft lace up their gloves to go toe-to-toe for the next generation there’s going to be plenty of talk about the power of the box under the TV and the exclusive titles that go with it.

But in my mind, Microsoft is changing the game completely. The notion of no longer being locked to the TV in a living room is hugely exciting. If your spouse or kids want to use the TV, you can jump straight into a game on your phone or laptop and carry on regardless.

I’m not a ‘hardcore’ gamer so the option to jump in and play a quick ten minutes on Forza or Fifa on a screen other than my main telly is hugely tempting. It’s just like what Nintendo did with the Switch but turbocharged through a truly Netflix-like subscription.

Who wins the next generation of gaming remains to be seen, but if Microsoft can lay hold of some great games and make Game Pass and xCloud the centre of its business, it won’t have just beaten Sony. In my opinion, it’ll have gotten the better of Nintendo, Nvidia, Amazon and Google as well.

PrevPreviousAsteroid hurtling through space at 25,000mph will skim Earth day before US election
NextBill Gates has written a book about stopping climate changeNext