Asteroid hurtling through space at 25,000mph will skim Earth day before US election 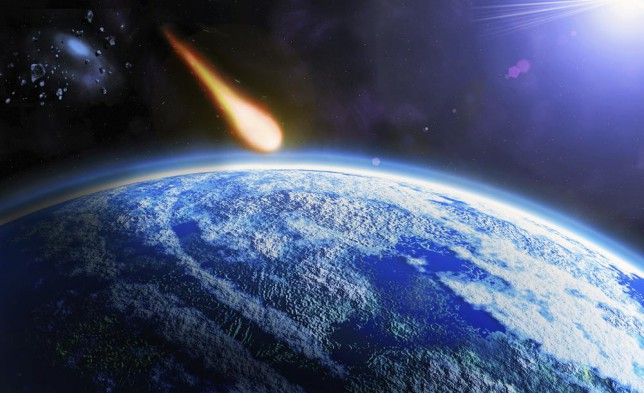 An asteroid the size of a refrigerator will skim the Earth next month, the day before the US election.

The incoming space rock has been designated Asteroid 2018VP1, and Nasa says it poses no risk to life on Earth.

In fact, Asteroid Watch — a branch of the space agency that detects, tracks and characterises near-Earth objects (NEOs) – said Asteroid 2018VP1 has a 0.41 per cent (or one in 240) chance, of entering Earth’s atmosphere.

Even if it did make it into Earth’s atmosphere, the extreme temperatures experienced upon entry would burn it to pieces.

Paul Chodas, director of the Center for Near Earth Object Studies at Nasa’s Jet Propulsion Laboratory, said in a statement: ‘There is little doubt that it would disintegrate in the atmosphere in the small chance that it might be headed for impact.’

There’s nothing inherently spectacular about Asteroid 2018VP1. What’s most important is that Nasa is able to track it in the first place.

There are currently 992,210 known asteroids — rocky remnants left over from the early formation of our solar system about 4.6 billion years ago. But that’s a fraction of the millions that are actually out there at any given time.

Asteroid tracking technology may help give authorities an early warning if one of the space rocks actually was on a collision course with Earth.

Whether we’ll be able to stop it is another story.

‘Do we have a plan if a larger asteroid was on a path to strike Earth?’ asked one of Neil deGrasse Tyson’s 14.3 million followers.

‘Actually, we do have plans, but none of them are funded.’