Men’s penises are shrinking because of pollution 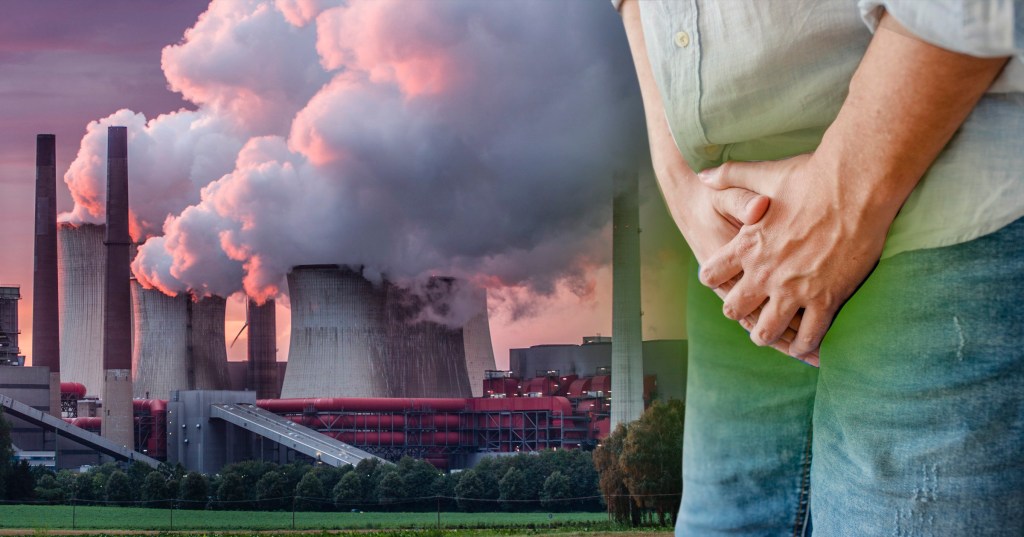 Penises around the world are shrinking. And pollution is to blame.

That’s the message from environmental scientist Dr Shanna Swan who has written a book on what pollution is doing to human reproduction.

She explains that fertility rates are falling due to the impact of a chemical used in manufacturing plastics.

The chemicals, called phthalates, impact the endocrine system in humans.

Basically, it means a lot of babies are being born with noticeably smaller penises.

Dr. Swan researched the effect by examining phthalate syndrome, which is found in rats whose fetuses were exposed to the chemical.

She found they were likely to be born with shrunken genitals.

Phathalates mimic the hormone oestrogen and can disrupt the natural production of hormones in the human body.

Researchers have linked this to interference in sexual development in infants and behaviours in adults.

A number of other points are made in the book, such as the fact a man today has only half the number of sperm his grandfather had. And worldwide fertility has dropped more than 50% over the last 50 years.

‘Of five possible criteria for what makes a species endangered, only one needs to be met; the current state of affairs for humans meets at least three.’

The book, Count Down: How Our Modern World Is Threatening Sperm Counts, will be published in April and is available for pre-order now.

MORE : More people than ever are committed to fighting single-use plastic pollution