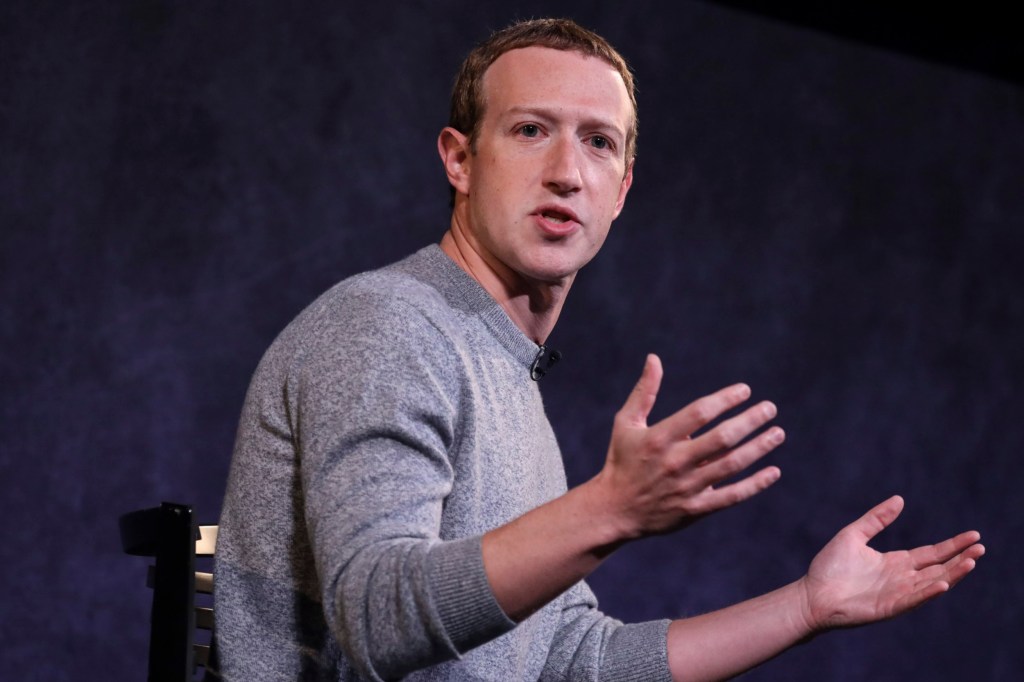 At a meeting between the then-culture secretary and Zuckerberg, the world’s fifth richest man, suggested Facebook was ‘considering looking elsewhere’ with the perception that the UK government were ‘anti-tech’.

The meeting, which took place at the VivaTech conference in Paris in May, 2018, came shortly after Hancock had publicly criticised Zuckerberg for refusing to testify in front of MPs.

Previously secret minutes from the meeting, released after lobbying from the Bureau of Investigative Journalism, suggested that the meeting began with an atmosphere of ‘guarded hostility’ between the two men.

But Hancock sought to cushion the UK’s perceived anti-tech stance, attempting to persuade Zuckerberg that the UK was offering ‘a new beginning’ for the relationship between tech and government.

The Facebook CEO had been previously suspicious of a meeting with UK government representatives and needed ‘explicit assurance’ that Hancock would be ‘positive’.

Meeting notes suggest Hancock agreed to the request, and made an offer to soften the UK stance from ‘threatening regulation to encouraging collaborative working to ensure legislation is proportionate and innovation-friendly’.

In return, Hancock wanted ‘increased dialogue’, so he could boast of having ‘support from Facebook at the highest level’.

However, government officials were concerned that Zuckerberg’s reservations could be indicative of a broader trend, noting if there ‘is a widespread perception in [Silicon Valley] that the UK Government is anti-tech then shifting the tone is vital.’

Last year, the government released its Online Harms White Paper, which suggested creating legal responsibility for the content that platforms host – but the suggestion is yet to make it into law.

Zuckerberg has, until now, not made public his views regarding the proposed legislation on internet regulation.

The threat of investing elsewhere from the Facebook chief came at a time that the UK government was keen to secure jobs after fears that Brexit would lead to an exodus of investment.

Facebook employs thousands of staff in the UK, mostly at its London headquarters, and attracting investment from Silicon Valley giants formed a key part of Hancock’s ‘digitally supercharged economy’.

The threat of pulling investment appears to have been just that – Facebook announced it would hire 1,000 additional staff at the beginning of this year, as well as working on a new London headquarters.

Mark Zuckerberg has still yet to testify in front of a parliamentary select committee.