Lightning strikes the centre of an erupting volcano in Indonesia 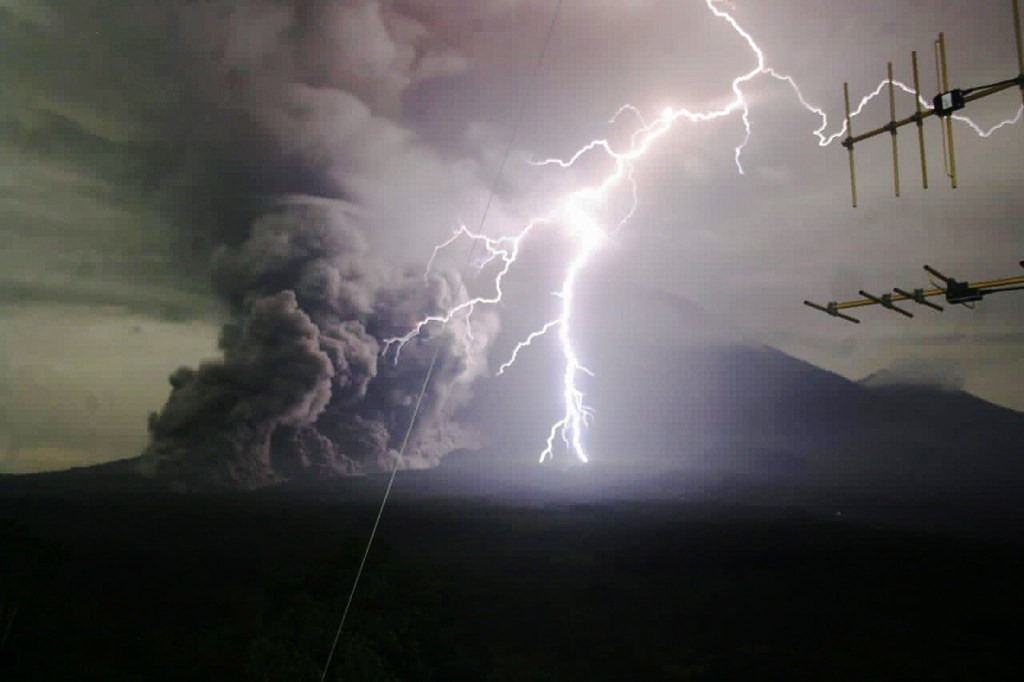 This is the apocalyptic moment a bolt of lightning struck Mount Semeru as the active volcano was erupting in East Java, Indonesia.

Indonesian authorities have evacuated thousands of people in the area as falling ash and sulphur blanketed villages around the volcano’s slopes.

Mount Semeru stands 3,676-metres (12,060-feet) tall and is the highest volcano in the Lumajang district on Indonesia’s most densely populated island of Java.

So far, there have been no reports of serious injuries to anyone in the area or damage to property – but the situation is ongoing.

Mount Semeru is one of several volcanoes on Java and the eruption came just two days after Mount Ili Lewotolok shot out columns of hot cloud as high as 4,000 metres (13,100 feet).

Indonesia’s Volcanology and Geological Hazard Mitigation Center said on its website that the area near the volcano is likely to be inundated with ‘hot clouds, lava stream, lava avalanche, and poisonous gas’.

Indonesia itself contains about 120 active volcanoes.

The country is prone to lots of seismic activity due to its location on the so-called Pacific Ring of Fire. This is a ring of volcanoes along fault lines around the Pacific Ocean.