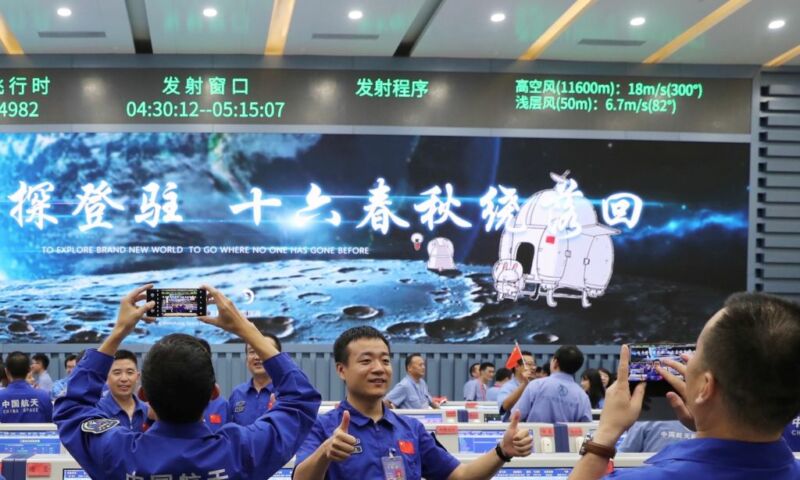 Chinese state media has announced the Chang’e 5 lunar probe tasked with returning moon samples to Earth has successfully made it to the lunar surface.

The probe – which consists of four modules – will now attempt to collect rock samples before bringing them back to Earth.

The samples will be loaded onto a small return vehicle that will blast off from the moon on Thursday.

Live video of the moment was also interrupted before the landing occurred.

The lander has made its home near a volcanic feature in the northwest of the Moon, known as Mons Rümker.

The mission’s key task is to drill two metres beneath the moon’s surface and scoop up about 2kg of rocks and other debris to be brought back to Earth, according to Nasa.

That would offer the first opportunity for scientists to study newly obtained lunar material since the American and Russian missions of the 1960s and 1970s.

The Chang’e 5 lander’s time on the moon is scheduled to be short and sweet. It can only stay one lunar daytime, or about 14 Earth days, because it lacks the radioisotope heating units to withstand the moon’s freezing nights.

The lander will dig for materials with its drill and robotic arm and transfer them to what is called an ascender, which will lift off from the moon and dock with the service capsule.

The materials will then be moved to the return capsule to be hauled back to Earth.

The mission is among China’s boldest since it first put a man in space in 2003, becoming only the third nation to do so after the US and Russia.