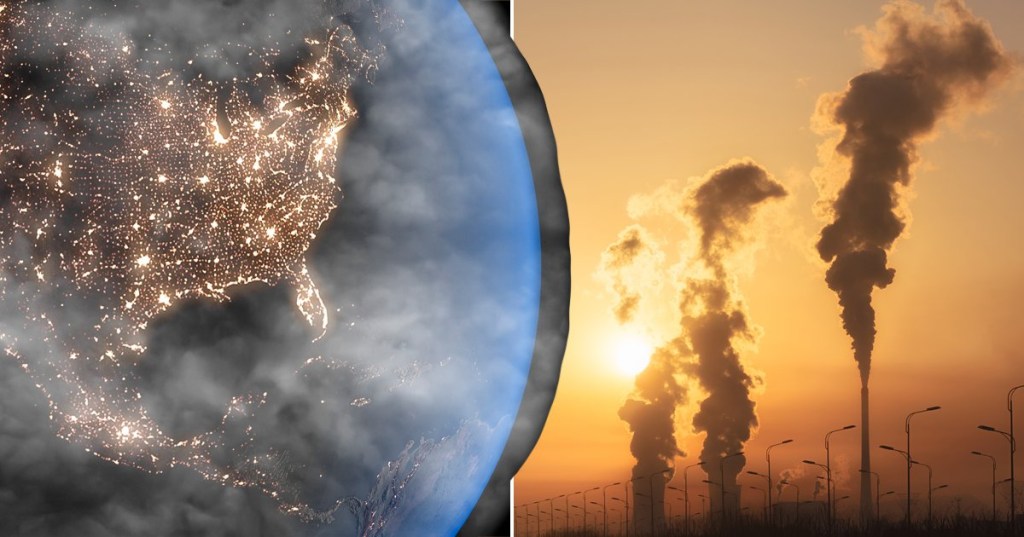 Global emissions of an ozone-destroying chemical have fallen rapidly, according to new research.

Two international studies published in Nature show levels of CFC-11 emissions, one of the many chlorofluorocarbon (CFC) chemicals once widely used in refrigerators and insulating foams, are in decline.

This comes less than two years after the exposure of the chemical’s resurgence in the wake of suspected rogue production, scientists say.

Dr Luke Western, from the University of Bristol, said: ‘The findings are very welcome news and hopefully mark an end to a disturbing period of apparent regulatory breaches.

‘If the emissions had stayed at the significantly elevated levels we found, there could have been a delay, possibly of many years, in ozone layer recovery.

‘On top of that, since CFC-11 is also a potent greenhouse gas, the new emissions were contributing to climate change at levels similar to the carbon dioxide emissions of a megacity.’

The production of CFC-11 was banned globally in 2010 as part of the Montreal Protocol, a treaty that mandated the phasing out of ozone-depleting substances.

Emissions of the chemical should have steadily fallen from that point.

But in 2018, scientists discovered a jump in emissions had begun from around 2013, prompting concern that production of the banned substance had resumed.

Dr Steve Montzka, from NOAA, said: ‘We noticed the concentration of CFC-11 had declined more slowly since 2013 than predicted, clearly indicating an upturn in emissions.

‘The results suggested that some of the increase was from eastern Asia.’

‘The answer lay in the measurements at AGAGE and affiliate monitoring stations that detect polluted air from nearby regions.

‘Using data from Korean and Japanese stations, it appeared around half of the increase in global emissions originated from parts of eastern China.’

Environmental campaigners later exposed usage of CFC-11 in the manufacture of insulating foams in China.

At meetings of the Montreal Protocol in 2018 and 2019, Chinese authorities confirmed some banned substances were identified during factory inspections but only in very small quantities.

According to their reports, arrests, material seizures and the demolition of production facilities then followed.

Scientific teams continued to closely monitor atmospheric levels and the latest evidence, reported in the two papers, indicates a dramatic decline in emissions.

Professor Matt Rigby, from the University of Bristol, said: ‘To quantify how emissions have changed at regional scales, we compared the pollution enhancements observed in the Korean and Japanese measurement data to computer models simulating how CFC-11 is transported through the atmosphere.

‘With the global data, we used another type of model that quantified the emissions change required to match the observed global CFC-11 concentration trends.

‘At both scales, the findings were striking; emissions had dropped by thousands of tonnes per year between 2017 and 2019.

‘In fact, we estimate this recent decline is comparable or even greater than the original increase, which is a remarkable turnaround.’

But Prof Rigby warned it is likely that only part of the total CFC-11 that was made has been released to the atmosphere so far.

‘The rest may still be sitting in foams in buildings and appliances and will seep out into the air over the coming decades,’ he said.