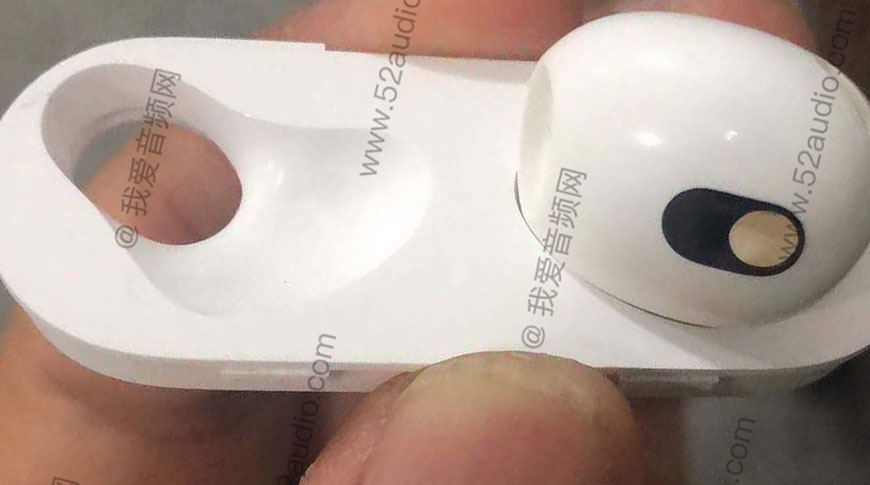 A photo allegedly showing the next version of Apple’s AirPods has been circulating through online technology blogs.

If the image is genuine, it could hint at a total redesign for Apple’s famous wireless earbuds. It appears the next version of the AirPods could borrow heavily from Apple’s impressive AirPod Pros.

Specifically, these AirPods have a more conical shape than the standard model and a window in the casing could hint at extra microphones or additional sensors.

There’s also a more circular hole (as opposed to the oval on the regular AirPods) that could hint at the addition of a silicone tip for a better fit.

The current AirPods don’t offer active noise cancellation (ANC) which requires an outward-facing mic that detects external sound. This is found on the AirPod Pros which then analyse environmental noise and create an equivalent anti-noise to cancel it out before it reaches your ear.

The image above was spotted by Japanese Apple blog Mac Otakara which in turn spotted it on Chinese site 52Audio.

While Apple designs its gadgets in the US, all the manufacturing is done in China. This means that leaks start to appear once the product has passed through design into production.

According to 52Audio, these new AirPods will also boast the AirPods Pro’s pressure-sensitive control stems and could include Apple’s H1 chip with Siri support.

When we may see them is anyone’s guess, but the AirPods continue to be one of Apple’s most successful products.