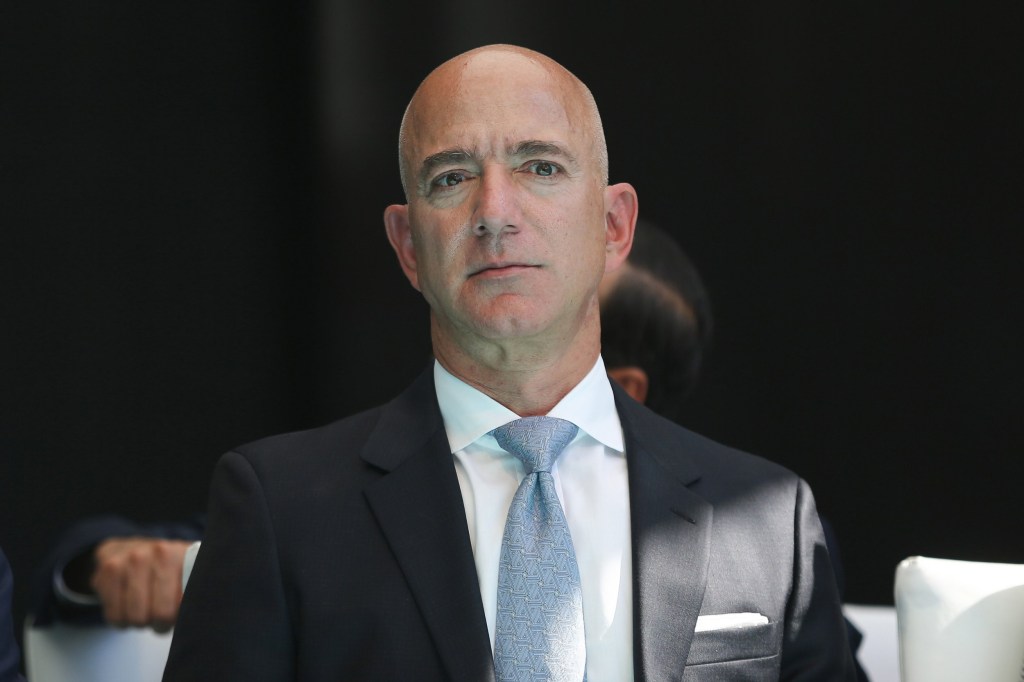 Jeff Bezos sold more than £2 billion of Amazon stock in just the last week, as his company’s value rocketed after the US election on Tuesday.

Bezos, who has already liquidated £10 billion of stock this year as Amazon surged past the £1 trillion mark, is the world’s richest man by some margin.

According to filings with the American Securities and Exchange commission, Bezos cashed in on 1 million Amazon shares on Monday, worth nearly £3 billion.

The value of Amazon stock is up 75% since the beginning of this year, after customers were forced to order much of their goods from home during the coronavirus pandemic.

But the Amazon founder’s personal net worth has increased by more than £50 billion to more than £145 billion, according to the Bloomberg Billionaires Index.

Bezos has recently expressed interest in wanting to sell his stock profits in order to fund and invest in his space-travel outfit Blue Origin.

The company, which is privately owned and was founded in 2000, looks to transport passengers to low-space orbit. It has had a boost in recent months after Elon Musk’s SpaceX became the first private company to launch astronauts to the International Space Station.

Bezos, who kept a low profile for decades, has become more public in his spending decisions in recent years.

In addition to an expanding property portfolio around the world, and owning the US-based newspaper the Washington Post, he committed billions of pounds in February to the “Bezos Earth Fund”, which aims to counter the effects of climate change.

The biggest decrease to Bezos’s wealth was his divorce settlement with ex-wife MacKenzie Scott last year, which included a 4% Amazon stake as part of the split.

Scott, now worth nearly £50 billion herself, is the 13th-richest person in the world, and devotes much of her time to philanthropic work.

Even before the pandemic, in January of this year, Bezos made $13.2b (£10b) in a quarter of an hour, according to Bloomberg due to Amazon stock price increases.

Bezos has come under fire in recent months for the low wages paid to Amazon workers, amid increased and more dangerous working hours in the coronavirus pandemic.

The group’s also demanded free childcare and healthcare for employees, and for Amazon to be ‘transparent and honest about the number of cases they have in their facilities’,

They also argued that locations that have been the site of coronavirus outbreaks to be sanitised and kept closed for at least two weeks with full pay for affected employees.