Jeff Bezos breaks a record with his reusable ‘space penis’ 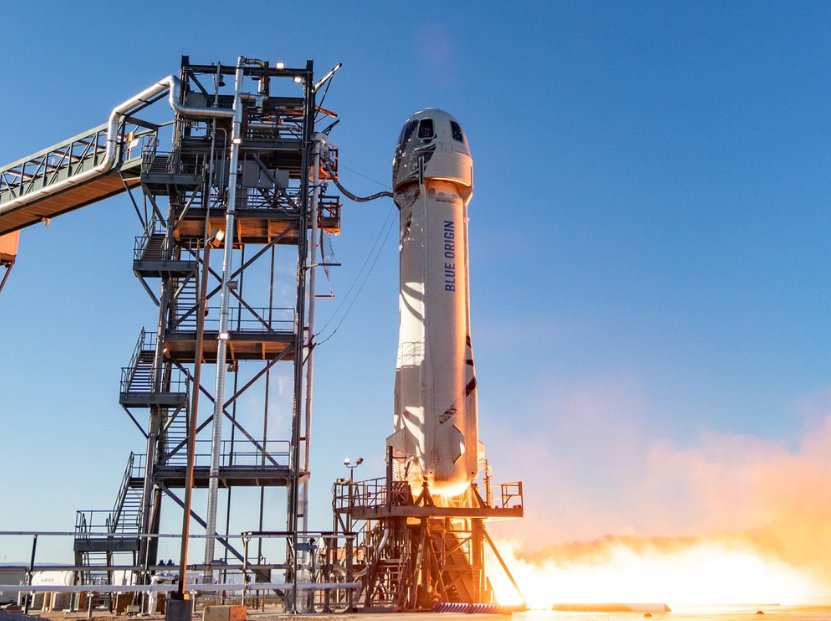 Jeff Bezos is aiming to rival Elon Musk when it comes to launching giant metal shafts into orbit and bringing them back down again.

This latest attempt is the ship’s seventh consecutive flight and therefore breaks the record for the most reused spacecraft.

New Shepherd launched at 9:35am ET, carrying 12 commercial payloads that it took into orbit and returned to for a successful landing about 10 minutes following liftoff.

Despite the incredible engineering achievement, many onlookers were more intrigued with the rather phallic design of Bezos’ space-faring vehicle.

Others had the same thought.

You get the idea.

To further demonstrate the futuristic credentials of the space penis, Blue Origin revealed the compartment at the tip of the rocket that astronauts (and paying tourists) will one day travel inside.

The capsule is designed to carry up to six passengers, who will float in zero gravity for 10 minutes while taking in the views at some 340,000 feet above Earth’s surface.

Blue Origin hasn’t yet said how much it’ll cost to ride the rocket into space. But the seats recline fully and the capsule is fitted with the largest windows to ever travel into space.

Bezos founded Blue Origin in 2000 and established the launch facility in West Texas in 2015. The name New Shepherd comes from Alan Shepherd, the first American to travel into space back in 1961.

PrevPreviousZoom announces new features and dubs itself the ‘future of communications’
NextShoot to thrill! How 5G is inspiring incredible new ways to play games and take photosNext