Shoot to thrill! How 5G is inspiring incredible new ways to play games and take photos 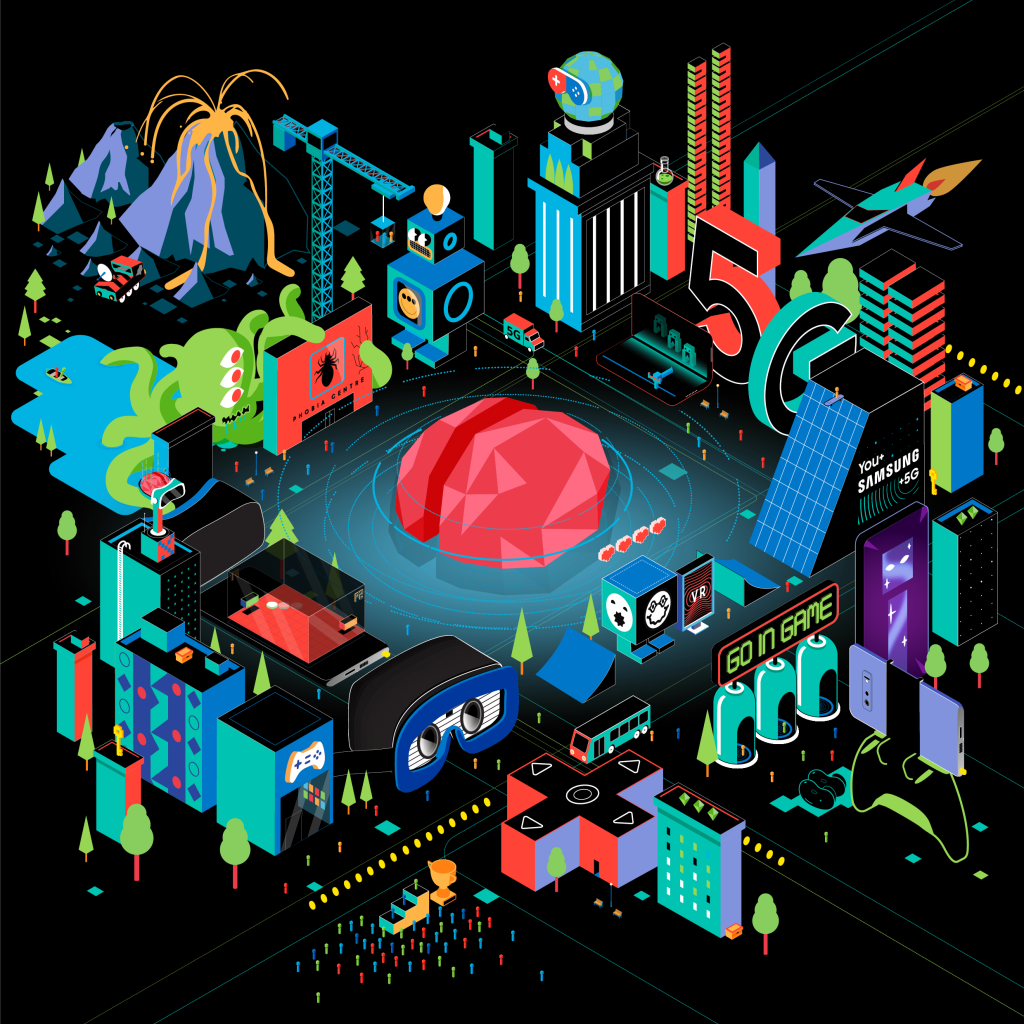 The way we play games and take photographs is changing forever, with 5G enabling weird, wonderful and dazzling new ways to play and shoot.

From photos that come to life in VR to an ‘internet vest’ which could save lives, 5G is inspiring innovations which are transforming our everyday lives.

A new podcast, Whatever Next? , from Samsung and hosted by mathematician Dr Hannah Fry and comedian Suzi Ruffell, will explore the fascinating frontiers of 5G technology – from a camera which can see round corners to VR worlds which can cure phobias.

Amazingly, many of these technologies are already working, right now – including mind-controlled video games, where users control them by wearing a mind-reading cap.

The podcast is available now via Spotify, Google Podcasts and Apple Podcasts.

Suzi says, ‘I’ve been blown away by what I have seen while recording this podcast.

‘What really impressed and astounded me is how 5G is going to change things like surgery, and all the other ways it’s going to help people.’

Hannah says that she was familiar with the idea of 5G technology, but was stunned by how gaming tech, for instance, could be used in new and exciting ways.

Hannah says, ‘With split rendering (in the cloud and on the device), and the speed of 5G, gamers can explore much richer worlds.

‘But I think where it’s really powerful is when those same ideas can extend outwards to other environments, to learning using virtual reality.’

The presenters talk to Psious, a company delivering 3D experiences designed to help with everything from a fear of heights to a fear of flying.

By immersing people in virtual worlds to confront experiences such as getting on a plane, the company hopes to help sufferers deal with their fears.

Game-style controls could even be used to save victims of earthquakes and other natural disasters – controlling miniature robots inside collapsed buildings.

Hannah and Suzi also find out how ‘haptics’ will allow gamers to ‘feel’ the online worlds they explore.

Such technology could also have important real-world applications, including allowing surgeons to perform operations from thousands of miles away.

Suzi says that she was ‘astonished’ by the haptic technology which enables a surgeon to ‘feel’ the body, even from another continent.

‘I called it an internet vest, which is not the official name,’ Suzi says.

‘So, if there’s a surgeon in China who can do this thing only a few people can do, he or she can do it, and someone thousands of miles away can be on the receiving end.

‘The thing that blew my mind is that with this tactile internet, the surgeon will actually be able to feel it.’

Imagine you could step inside a photograph: it sounds like the stuff of fantasy, like Alice stepping through the looking-glass.

But 5G will make this a reality, with ‘volumetric’ pictures which create a virtual reality world you can step inside.

Soon, we could all send immersive, life-like virtual reality ‘scenes’ in much the same way as we share photos now.

Hannah says, ‘I like the postcards, VR scenes you can send to people.

‘I’m sitting in the Maldives, sipping a cocktail and I want to send Suzi a postcard and I drop Suzi into my scene.

‘With 5G, you can just upload so much more information about your surroundings.’

See inside your body

Imagine a camera with real-life superpowers, able to see round corners and through frosted glass, just like a comic book hero.

Incredibly, the camera already exists – and its creator believes it could actually save lives.

Dr Ori Katz’s team at the Advanced Imaging Lab Hebrew University have built a camera capable of taking pictures of a hidden object behind frosted glass.

One day smartphone cameras could actually look inside the human body using the same ‘light scattering’ technology – in much the same way as ultrasound does now.

The ability to move huge amounts of data at speed will mean that even professional photographers will be able to back up ‘as they go’.

Hannah and Suzi speak to the inventors of an incredible 5G AI camera, called Alice.

‘Alice’ is a professional-quality camera lens which is controlled by an app, and which connects to your phone via 5G.

It’ll allow vloggers and TikTok-ers to turn out Hollywood-style results instantly, without uploading footage to a computer to process.

For the rest of us, with instant uploads via 5G, the days of having to worry about losing a handset (and all the photos on it) will most definitely be over!

Listen to Whatever Next? , from Samsung, on your smart speaker or smartphone now via Spotify, Google Podcasts and Apple Podcasts