Is this Australia’s cutest spider? Tiny green arachnid found in the Gold Coast 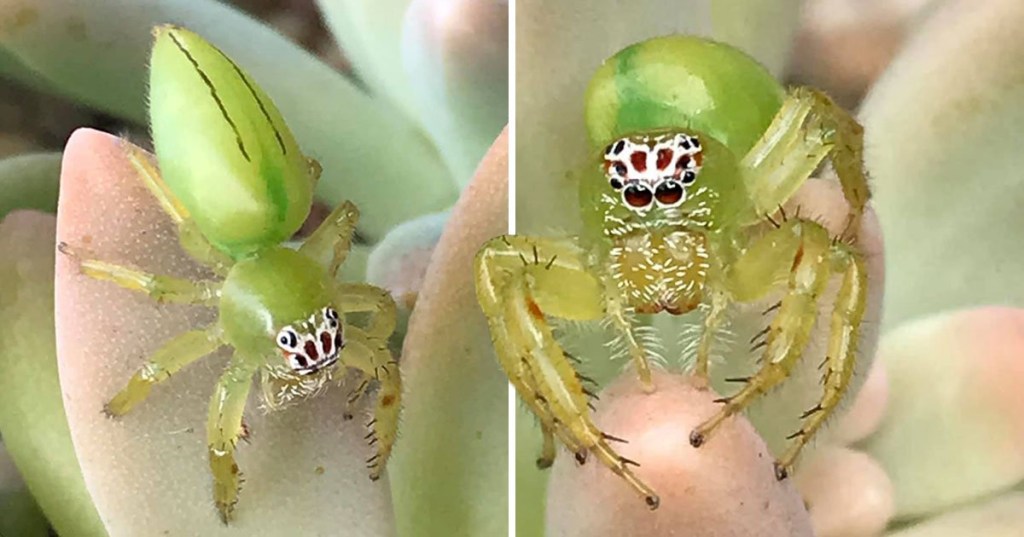 A spider-lover in Australia has found what could be the country’s cutest arachnid in her backyard.

Deborah Toomey from the Gold Coast found a female Mopsus mormon and shared some close-up pictures to an ecology Facebook group earlier this week.

Known as a green jumping spider, the tiny creature was clinging on to the thick leaves of Deborah’s potted plants.

‘Some pics of this cute spider I saw in my garden a little while ago,’ she wrote in the captions.

‘I have lots of spiders throughout my garden. Just love them.’

Social media responded to the pictures with plenty of love.

‘This is the only spider I’m not afraid of,’ one person wrote.

‘Great photos and gorgeous little spider. The colouring,’ another shared.

When fully grown, the Mopsus mormon spider can reach between 12-16mm in length.

It is predominantly found in Australia and is one of the country’s larger jumping spiders.

It is usually found in Queensland, New Guinea, New South Wales, the Northern Territory and Western Australia. Green jumping spiders live within an unusual web nest that is comprised of three compartments: males in one chamber, females in another and egg sacs occupying the middle compartment.

Although they can deliver a painful bite, they are not poisonous to humans.