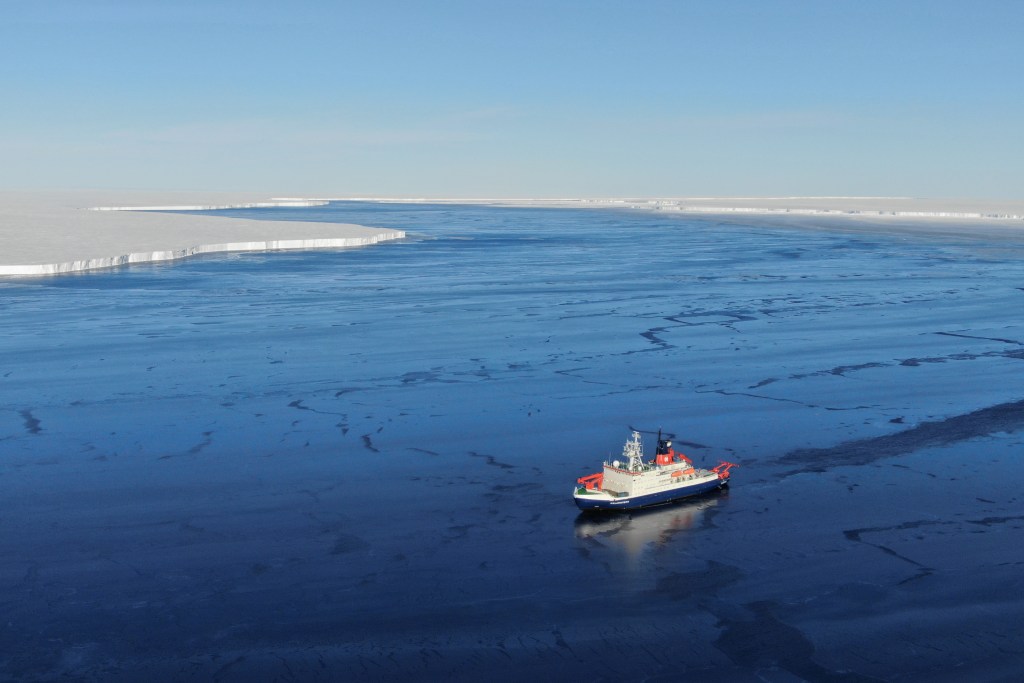 Scientists have observed a stretch of Antarctic sea floor abundant with life for the first time, thanks to the breaking up of giant iceberg A74.

A research vessel from Germany, RV Polarstern, was able to photograph a newly exposed area of the ocean floor unobstructed, thanks to the iceberg jettisoning a large chunk of its mass.

Video cameras onboard the ship, run by the Alfred Wegener Institute, captured an underwater world full of life, with filter feeders and mobile fauna plentiful amid the muddy waters.

While research groups often attempt to access the waters below freshly split icebergs, the treacherous conditions mean it is often difficult to access the unique ecosystems.

However, the German ship was already on a research expedition in the eastern Antarctic ocean when the vast iceberg calved from its parent ice shelf.

Blessed by calm ocean weather, the ship managed to take nearly 1,000 high definition photos and video of the seafloor – which has been covered by ice for more than 50 years.

‘It’s extremely fortunate that we were able to respond flexibly and explore the calving event at the Brunt Ice Shelf in such detail,” said Dr. Hartmut Hellmer, physical oceanographer at the AWI and head of the expedition.

‘That being said, I’m even happier that we successfully replaced a number of moorings, which will continue to record elementary data on temperature, salinity, and ocean current directions and speeds once we’ve left.

‘This data forms the basis for our simulations of how the ice sheet will respond to climate change.

As a result, we can say with a higher degree of certainty how quickly the sea level will rise in the future – and provide the political community and society at large with sound data for making decisions on necessary climate change adaptation measures’

The AWI’s Polarstern hopes to go back to the region, located in glaciers floating in the Weddell Sea, to conduct further research.

The cleaved iceberg A74 has been measured at around 1,290 square kilometres, a size just under the area of Greater London

While many icebergs cleave from their parent bodies as a result of warmer waters, the Weddell Sea’s eastern side has so far not been affected by the warming effects of its western side.

But scientists aren’t sure this will remain the case, as computer models suggest there might be warmer waters from the north by the end of the century.