Hyper-realistic skin for humanoid robots is being sculpted in Russia 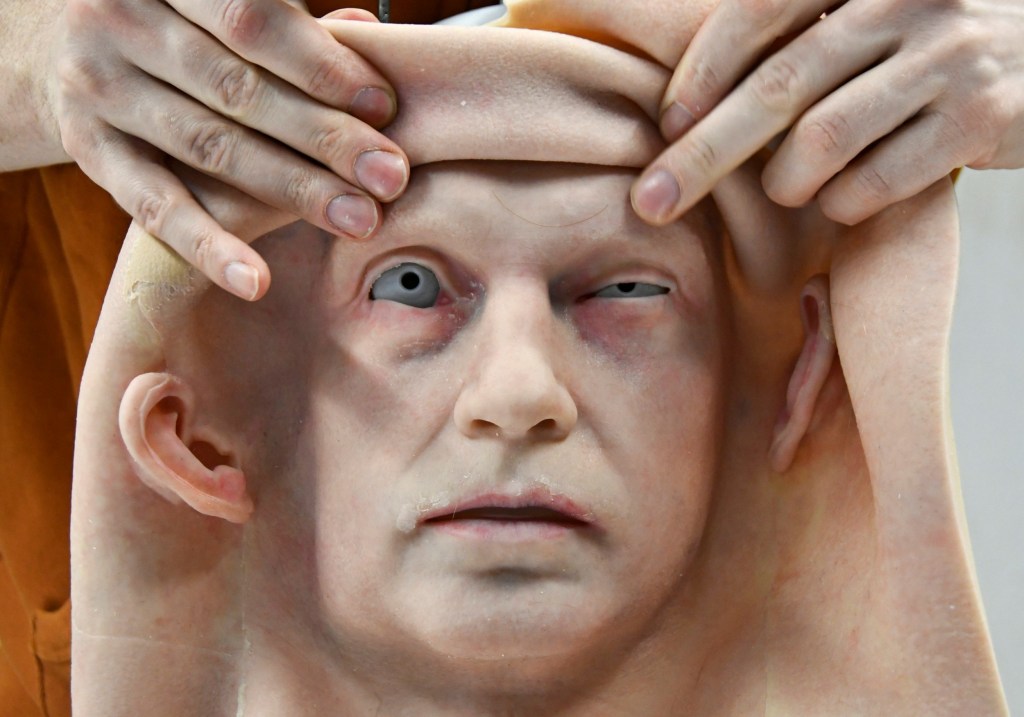 A laboratory in Russia is experimenting with creating hyper-realistic skin for humanoid robots.

Owned and operated by the company Promobot, the new lab in Vladivostok is using special polymers and 3D-printing to make the coating for a new breed of androids.

Meanwhile, other parts of the company are responsible for building metal frames along with hardware and software to handle movements.

Which begs the question, how long until Russia is full of walking, talking robots indistinguishable from their human inventors?

‘Our key task is to make anthropomorphic robots not just realistic but also attractive, to add a touch of aesthetic,’ Petr Chegodayev, a sculptor and head of the new lab, told Russian media.

‘We have all the necessary conditions for that here in Vladivostok, and I am sure that we will make a qualitative leap in the near future.’

Promobot was founded in 2015 and has become one of the largest manufacturers of autonomous service robots in Russia.

They’re not the only ones producing spookily lifelike ‘bots, either.

Since being unveiled in 2016, Sophia – a humanoid robot – has gone viral. Now the company behind her has a new vision: to mass-produce robots by the end of the year.

Hanson Robotics, based in Hong Kong, said four models, including Sophia, would start rolling out of factories in the first half of 2021, just as researchers predict the pandemic will open new opportunities for the robotics industry.

‘The world of Covid-19 is going to need more and more automation to keep people safe,’ founder and chief executive David Hanson said, standing surrounded by robot heads in his lab.

Hanson believes robotic solutions to the pandemic are not limited to healthcare, but could assist customers in industries such as retail and airlines too.

‘Sophia and Hanson robots are unique by being so human-like,’ he added. ‘That can be so useful during these times where people are terribly lonely and socially isolated.’

Hanson said he aims to sell ‘thousands’ of robots in 2021, both large and small, without providing a specific number.

Social robotics professor Johan Hoorn, whose research has included work with Sophia, said that although the technology is still in relative infancy, the pandemic could accelerate a relationship between humans and robots.