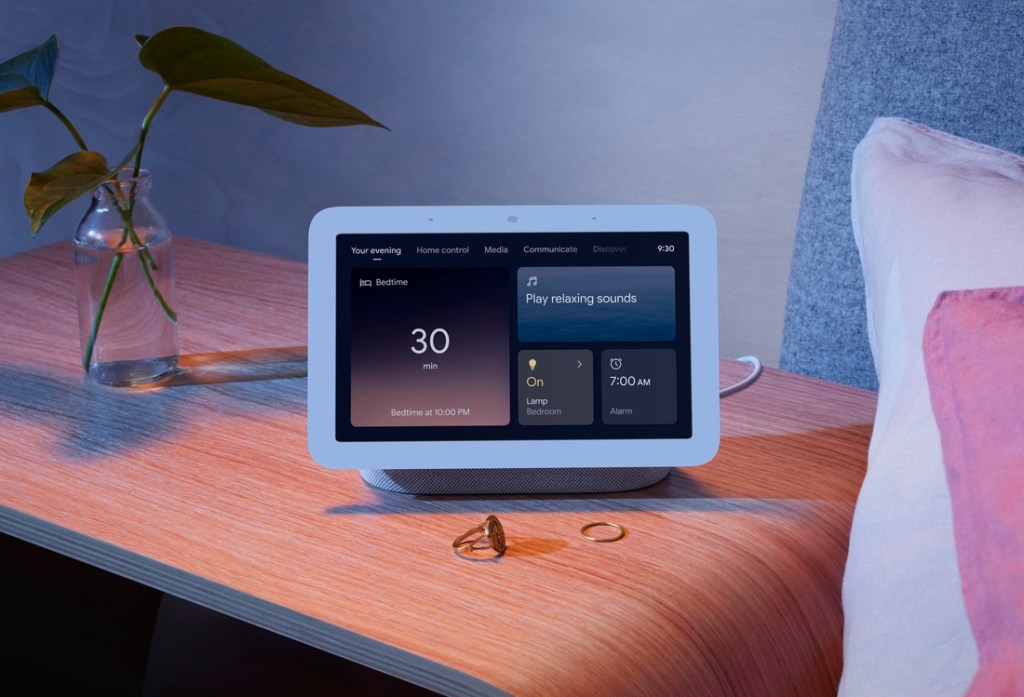 Google has refreshed its popular Nest Hub smart home device and focused on improving its ability to help people sleep.

The tech giant said that, due to the lack of a camera, many people used the Nest Hub next to their bed as a 21st century alarm clock. But, apparently, many of us are having trouble sleeping these days and Google saw an opportunity to help.

The company repurposed the Soli radar technology that it used in 2019’s Pixel 4 smartphone to create a way of analysing sleep that doesn’t require the user to wear anything to bed.

‘The frequency spectrum of the reflected signal contains an aggregate representation of the distance and velocity of objects within the scene. This signal can be processed to isolate a specified range of interest, such as a user’s sleeping area, and to detect and characterize a wide range of motions within this region, ranging from large body movements to sub-centimeter respiration.’

Essentially, the new Google Nest pings your sleeping form with radar waves to determine how much you move and records audio to determine what your breathing is doing during the night.

Using algorithms, the software then analyses this information to give you detailed feedback about the quality of your sleep. Every morning, users will get a ‘sleep summary’ of how they fared the night before.

If you’re a little unsure of having a bedside clock scan you while you’re sleeping, rest easy. The entire feature – called Sleep Sensing – is entirely opt-in. 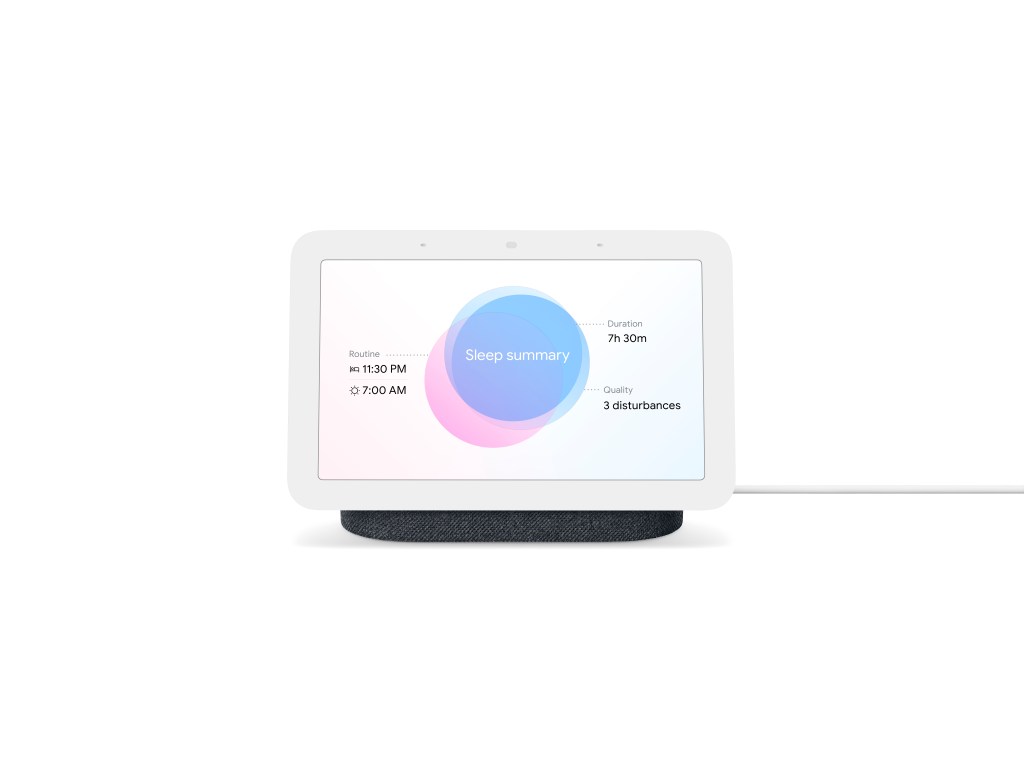 ‘You choose if you want to enable it and there’s a visual indicator on the display to let you know when it’s on,’ said Ashton Udall, senior product manager at Google Nest.

‘Motion Sense only detects motion, not specific bodies or faces, and your coughing and snoring audio data is only processed on the device — it isn’t sent to Google servers.

‘You have multiple controls to disable Sleep Sensing features, including a hardware switch that physically disables the microphone. You can review or delete your sleep data at any time, and consistent with our privacy commitments, it isn’t used for personalized ads.’

Away from the sleep tracking stuff, Google has improved on the original Google Home Hub by beefing up the audio quality. It now boasts 50% more bass than the first smart display. And, because of the Soli radar, you can play or pause content with gestures in the air in front of the display.

All the usual on-demand services are there (Netflix, Disney+, YouTube Music, Spotify, etc) and the new Nest Hub will also act as a centerpiece for any other internet-connected devices around the house.

The new Google Nest Hub costs £89.99 and can be pre-ordered from today.