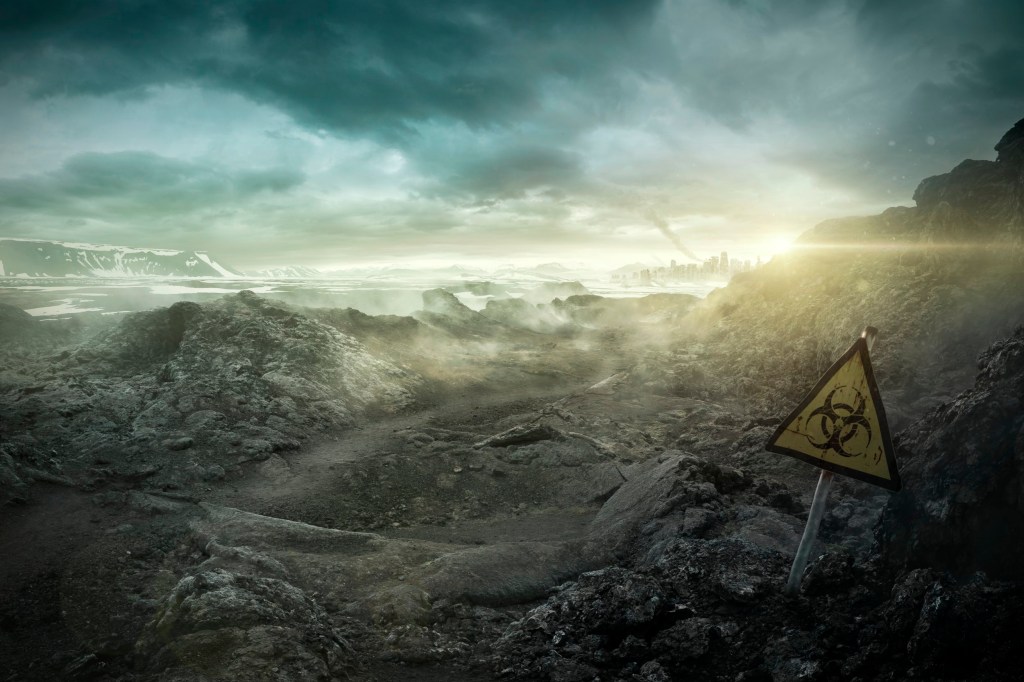 A stark warning about the future facing the human race has been laid out in a global scientific report published this week.

Compiled by a team of international scientists after reviewing 150 studies on different aspects of the declining natural world; the message is damning.

‘The scale of the threats to the biosphere and all its lifeforms – including humanity – is in fact so great that it is difficult to grasp for even well-informed experts,’ the scientists, led by global ecologist Corey Bradshaw from Flinders University in Australia, explain in their paper.

‘The mainstream is having difficulty grasping the magnitude of this loss, despite the steady erosion of the fabric of human civilisation.’

The strong language and bleak outlook have been used before by scientists to highlight the problems we face. But still, the paper argues, nothing is actually being done to avert the disaster.

‘Stopping biodiversity loss is nowhere close to the top of any country’s priorities, trailing far behind other concerns such as employment, healthcare, economic growth, or currency stability,’ the authors write.

The ultimate problem – as the report sees it – is that economic and political systems around the planet are centered on unsustainable human consumption and population growth above everything else.

Although humans began to disrupt biodiversity some 11,000 years ago with the invention of agriculture, the issue has accelerated beyond all comprehension in the last few centuries. The global population has doubled since 1970 and is predicted to hit 10 billion by the end of this century.

The increase of humanity and the subsequent demands on the finite resources of the Earth lead to one conclusion, the report states.

‘Humanity is running an ecological Ponzi scheme in which society robs nature and future generations to pay for boosting incomes in the short term,’ the report states.

‘Even the World Economic Forum, which is captive of dangerous greenwashing propaganda, now recognises biodiversity loss as one of the top threats to the global economy.’

The authors point out that even through the idea of climate change and biodiversity loss is recognised as a bad thing, human behaviour just goes on as if there’s nothing to worry about.

‘This massive ecological overshoot is largely enabled by the increasing use of fossil fuels,’ they write.

‘These convenient fuels have allowed us to decouple human demand from biological regeneration: 85 percent of commercial energy, 65 percent of fibres, and most plastics are now produced from fossil fuels.’

In the long term, the team of international scientists say we can expect a ‘ghastly future of mass extinction, declining health, and climate-disruption upheavals (including looming massive migrations) and resource conflicts.’

While they recognise the idea of mass extinction is not what anyone wants to hear right now – especially given the ravages of Covid-19 – they say the world needs a brutal reality check about what is in store.

‘While there have been more recent calls for the scientific community in particular to be more vocal about their warnings to humanity, these have been insufficiently foreboding to match the scale of the crisis.

‘It is therefore incumbent on experts in any discipline that deals with the future of the biosphere and human well-being to eschew reticence, avoid sugar-coating the overwhelming challenges ahead and ‘tell it like it is’. Anything else is misleading at best, or negligent and potentially lethal for the human enterprise at worst.’

The full report can be read online in the journal Frontiers in Conservation Science.