How does the Oxford AstraZeneca vaccine work? 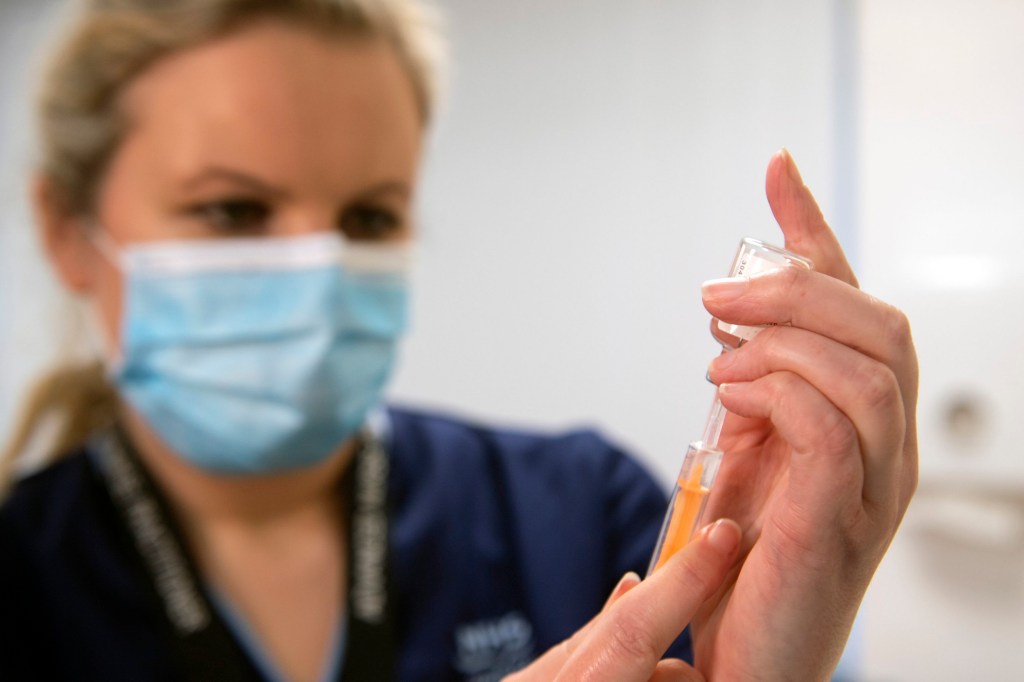 As Boris Johnson announces the start of a new national lockdown, all eyes have naturally turned to the rollout of the Oxford AstraZeneca vaccine.

During his address to the UK last night, the Prime Minister highlighted the rollout as a cause for hope.

The PM has pledged to vaccinate residents in care homes, over 70s, health and care workers and the clinically extremely vulnerable by mid-February.

Like the Pfizer/BioNTech vaccine, the Oxford vaccine is based on two doses, but the fact it can be stored at lower temperatures and be produced here in the UK gives it a huge advantage.

The UK has ordered 100 million doses of the Oxford University vaccine – enough to vaccinate 50 million people.

How does the AstraZeneca/Oxford vaccine work?

The vaccine – called ChAdOx1 nCoV-19 – uses a harmless, weakened version of a common virus which causes a cold in chimpanzees.

Researchers have already used this technology to produce vaccines against a number of pathogens including flu, Zika and Middle East Respiratory Syndrome (Mers).

The virus is genetically modified so that it is impossible for it to grow in humans.

Scientists have transferred the genetic instructions for coronavirus’s specific ‘spike protein’ – which it needs to invade cells – to the vaccine.

When the vaccine enters cells inside the body, it uses this genetic code to produce the surface spike protein of the coronavirus.

This induces an immune response, priming the immune system to attack coronavirus if it infects the body.

How effective is it?

Phase 3 trial data showed the jab was 70.4% effective on average across two different dose regimes and possibly up to 90% when one half dose is given followed by a further full dose.

What dosing regime has the regulator recommended?

The MHRA has recommended over 18s should receive two doses to be administered with an interval of between four and 12 weeks.

Does it differ from Pfizer and Moderna’s vaccine?

Yes. The jabs from Pfizer and Moderna are messenger RNA (mRNA) vaccines.

Conventional vaccines are produced using weakened forms of the virus, but mRNAs use only the virus’s genetic code.

An mRNA vaccine is injected into the body where it enters cells and tells them to create antigens.

These antigens are recognised by the immune system and prepare it to fight coronavirus.

No actual virus is needed to create an mRNA vaccine. This means the rate at which the vaccine can be produced is accelerated.

What about antibodies and T-cells?

The Pfizer, AstraZeneca and Moderna vaccines have been shown to provoke both an antibody and T-cell response.

Antibodies are proteins that bind to the body’s foreign invaders and tell the immune system it needs to take action.

T-cells are a type of white blood cell which hunt down infected cells in the body and destroy them.

Nearly all effective vaccines induce both an antibody and a T-cell response.

A study on the AstraZeneca vaccine found that levels of T-cells peaked 14 days after vaccination, while antibody levels peaked after 28 days.

Can the Oxford vaccine be manufactured to scale?

Yes. The UK Government has secured 100 million doses of the Oxford University and AstraZeneca vaccine as part of its contract, enough for most of the population.

The head of the UK Vaccine Taskforce, Kate Bingham, has said she is confident it can be produced at scale and AstraZeneca said it aims to provide millions of doses to the UK in the first quarter of 2021.

Can this vaccine help the elderly?

There have been concerns that a Covid-19 vaccine will not work as well on elderly people, much like the annual flu jab.

Earlier data from the Oxford University and AstraZeneca vaccine trial suggests that there has been ‘similar’ immune responses among younger and older adults, with Moderna reporting the same.

In a statement earlier this year on its phase two data, Oxford University said its data marked a ‘key milestone’, with the vaccine inducing strong immune responses in all adult groups.