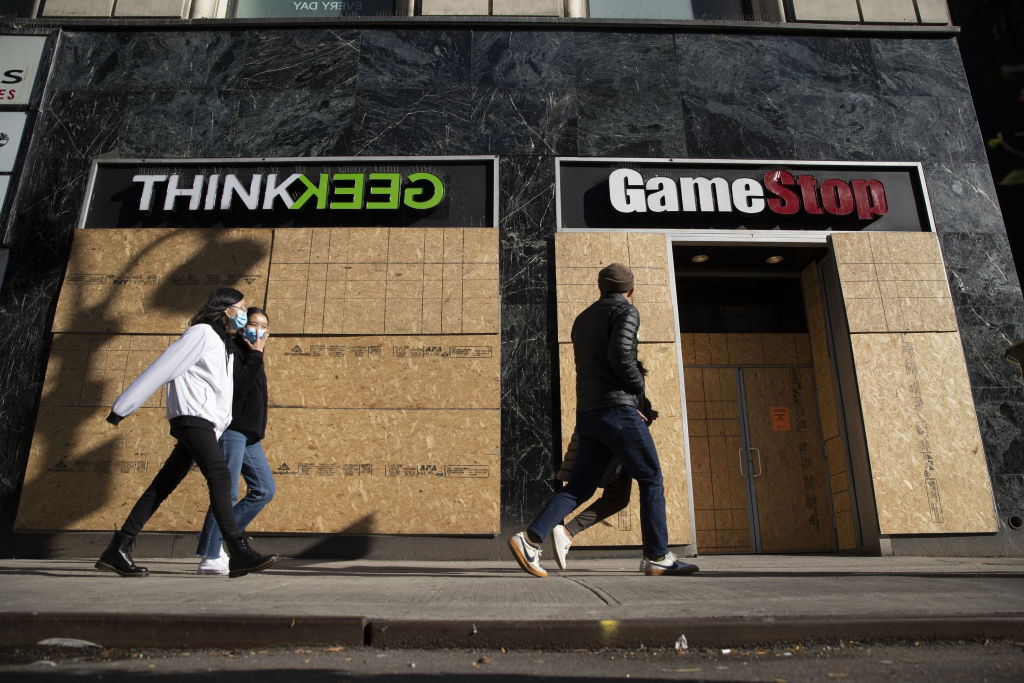 American video game retailer GameStop has found itself in the middle of a ‘David-and-Goliath’ price war between internet investors and established hedge funds.

As the pandemic forced millions across the US to stay at home, many predicted shops like GameStop, which has thousands of brick and mortar locations, would fail.

This led to some hedge funds, which can bet against the future financial health of a company with what’s called a stock ‘short’, investing millions of dollars in the hope the company would fail.

But in September of last year, pet food retailer boss Ryan Cohen invested 13% in GameStop, and pushed the company to try and turn around their fortunes by becoming an online-first retailer, competing with Amazon.

In April of last year, as the company announced huge closures from the coronavirus pandemic, the stock could be bought for $3.25.

At the end of yesterday’s trading, the stock closed at $148, after more than a week of individual investors buying up the stock, putting GameStop’s yearly gains at 300%, contrary to the doomed future investors thought would lower the stock price.

The flurry of investment has so far proved costly for the big hedge funds and financiers.

The investor then sells the borrowed stock at the market price (which they think is inflated).

If the stock goes down, the investor can then buy back the stock at a lower price, return the stock to the person they borrowed it from, and the investor will retain a profit.

There are more than 71.66 million GameStop shares shorted currently, worth around $4.66 billion dollars.

These ‘short’ bets have so far cost investors $6.12 billion dollars, including a loss of $2.79 billion on Monday.

If the stock continues to rise, these investors could be even further out of pocket.

However, if the stock falls, the hedge funds could collect large pay-outs and many individual investors will be out of pocket.

It is not clear when, or how, the stock rally might end.

GameStop’s stock has been the most traded stock by customers on apps like RobinHood and Fidelity Investments, with buy orders outnumbering sell orders more than 4 to 1.

The stock has been so volatile in recent days that the New York Stock Exchange halted trading nine times.

‘We broke it. We broke GME [GameStop’s stock market ticker] at open,’ one Reddit user commented.

Some big institutional investors have already been affected by the wave of stock purchases.

Citron Research, an investment newsletter and ‘short’ selling advice company headed by Andrew Left, were one of the companies that thought GameStop would sink, calling it a ‘failing mall-based retailer’.

But Citron founder Andrew Left found himself having to abandon shorting the stock, as small investors continued to pile in.

Bigger firms like hedge fund Melvin Capital have found themselves needing to borrow large sums of money in order to cover their bets against GameStop – but this will only work if the stock eventually goes down.

If it doesn’t, ‘short’ sellers could find themselves out of pocket.