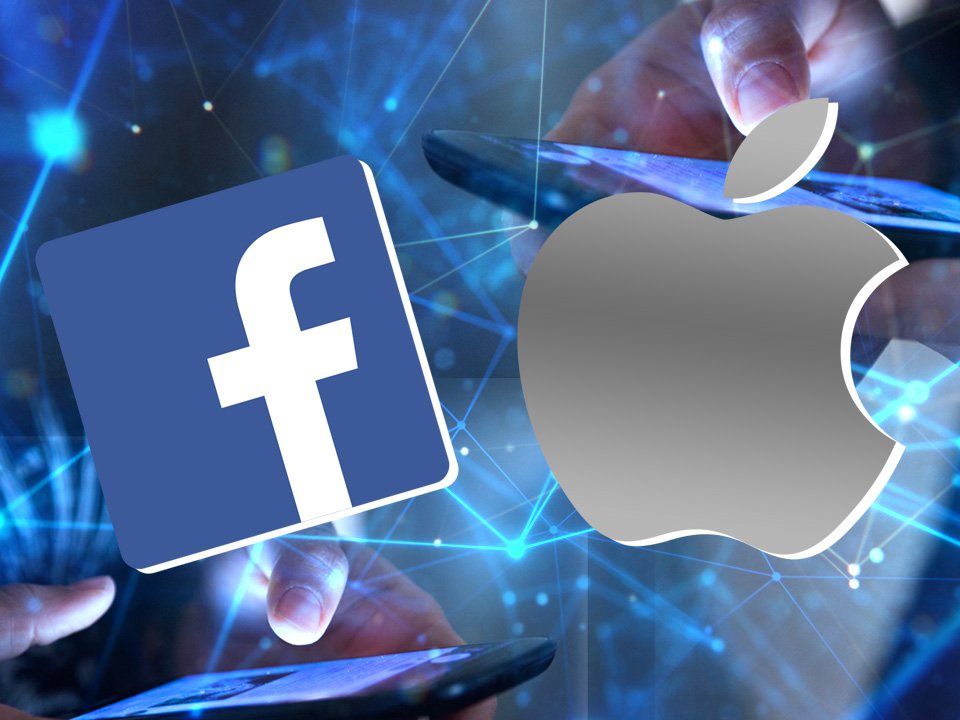 Apple’s blue tick verification has been removed by Facebook as privacy arguments between the tech giants have escalated.

Now it seems Facebook has made the battle more personal, as media consultant Matt Navarra noticed the iPhone giant had had its tick removed on Tuesday morning.

Facebook give almost all big brands and organisations a blue tick on its official social media pages to authenticate their identity.

All of Apple’s big rivals, like Microsoft, Hewlett Packard and Samsung have their blue ticks – but at some point recently, Apple lost out.

It seems Apple still has its blue tick on Facebook-owned Instagram, though the two companies have separate management teams.

The barney started when Apple added privacy ‘nutrition labels’ to apps in the App Store and Facebook – well known for its data harvesting practices – didn’t come off too well.

Apple’s new breakdown highlights the ways apps track you under three different categories: Data used to track you, Data linked to you and Data not linked to you. As some Twitter users took delight in pointing out, when it comes to Facebook the list goes on and on.

Of course, Facebook wasn’t going to take this lying down. The world’s biggest social network and owner of WhatsApp and Instagram took out a full-page advert in various US newspapers to fight back.

It followed this up with a blog post explaining how millions of small businesses use Facebook’s data collection tools to successfully market their products.

The difference in approach between the two companies has been a long-running saga. Apple doesn’t require plentiful amounts of data on you to make money – it just needs to keep selling you shiny things.

Facebook, on the other hand, is one of the largest advertising companies in the world and absolutely depends on grabbing as much information about its users as possible.

It remains to be seen which company will emerge as the people’s champ in the ongoing debate over online privacy.