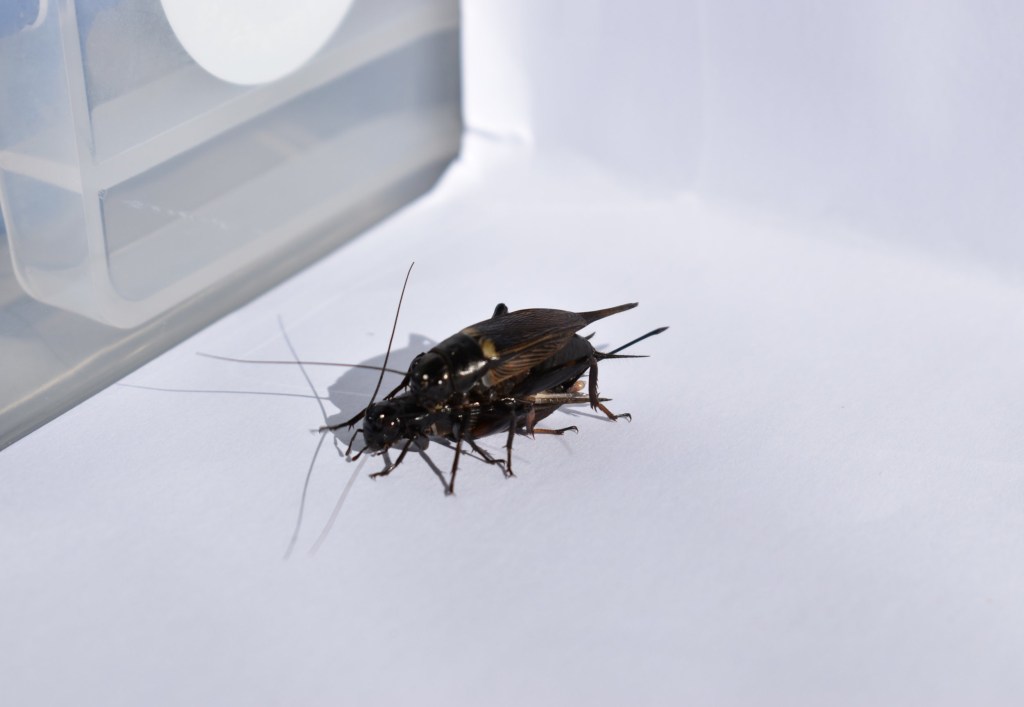 Traffic noise distracts female crickets from listening to the courtship song of the opposite sex and could lead to them selecting a lower quality male to mate with, research suggests.

This disruption may cause a decline in population viability, according to the study by Anglia Ruskin University.

Male crickets perform a courtship song by rubbing their wings together when a female cricket is nearby.

It takes the males a lot of energy to perform their song, which gives information about its qualities which is taken into account by females when they decide who to mate with.

Researchers paired female crickets with silenced male crickets and played them artificial courtship songs, of different qualities, when the males tried to sing.

They did this with a variety of background noise conditions present.

In ambient noise, used as a control, the female crickets mounted the males much sooner and more frequently when paired with a high-quality courtship song.

With traffic noise as a distraction, a high-quality courtship song provided no benefit to the male crickets.

Researchers observed that courtship duration and mounting frequency were not influenced by the quality, or even the presence, of a male’s song when there was more background sound, including when white noise was played.

This indicates that human-made noise alters how female crickets perceive male crickets when making mate choice decisions, according to the research.

It could in turn affect individual fitness, as male crickets may attempt to expend more energy to produce an even better courtship song, as well as long-term population viability of the insects.

Lead author Dr Adam Bent, who carried out the study as part of his PhD at Anglia Ruskin, said: ‘In the short-term, we found that males paired with high-quality songs in noisy environments are receiving no benefit over those paired with a low-quality song, or no song at all.

‘As a result, males that produce high-quality songs may attempt to expend more energy into their calls to gain an advantage, potentially affecting that individual’s survival.

‘At the same time, female crickets may choose to mate with a lower-quality male as they are unable to detect differences in mate quality due to the man-made noise, and this may lead to a reduction or complete loss of offspring viability.

‘Traffic noise and the crickets’ courtship song do not share similar acoustic frequencies, so rather than masking the courtship song, we think the traffic noise serves as a distraction for the female cricket.’

Co-author Dr Sophie Mowles, senior lecturer in animal and environmental biology at the university, said: ‘Humans are continually changing the characteristics of environments, including through the production of anthropogenic noise (noise originating from human activity).

‘As mate choice is a powerful driving force for evolution through sexual selection, disruptions may cause a decline in population viability.

‘And because anthropogenic noise is a very recent evolutionarily selection pressure, it is difficult to predict how species may adapt.’

The research is published in the journal Behavioral Ecology.

PrevPreviousiPhone update means mask-wearing users can unlock with an Apple Watch
NextHow to cancel Netflix: is it free to cancel?Next