Covid-20? What does discovery of a new coronavirus strain actually mean? 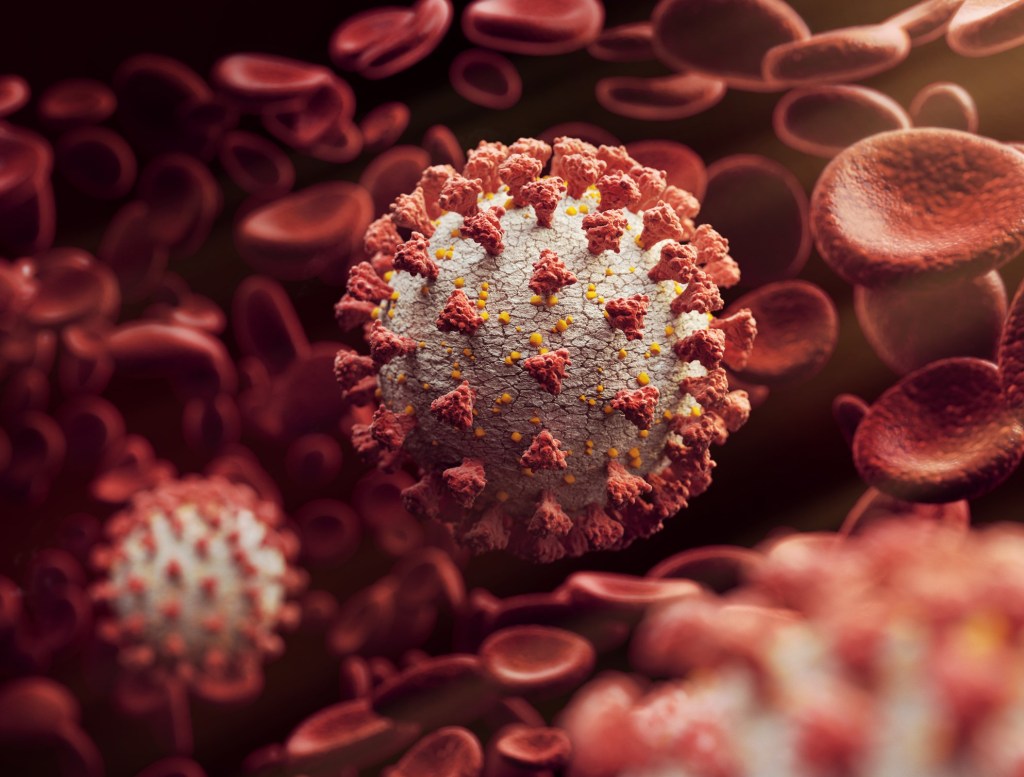 A new mutation in the Covid-19 virus has been uncovered, prompting fears of a faster spread in London and the south east of England.

While experts have said it’s too early to tell what the potential impacts of this new strain will be, there are some things we do know.

This is not likely to become ‘Covid-20’ and Health Secretary Matt Hancock has stressed there is no evidence to suggest the new strain is more likely to cause serious disease.

Crucially, it’s also highly unlikely the mutation would fail to respond to a Covid-19 vaccine.

‘There are many variants. It just happens that this one has quite a few more mutations than some of the other variants, so that’s the reason why we’ve taken it particularly seriously,’ explained Professor Chris Whitty, England’s Chief Medical Officer.

Is this something unusual?

There have been many mutations in the virus since it emerged in 2019.

This is to be expected – SARS-CoV-2 is an RNA virus and these viruses mutate and change.

Is this something to be worried about?

Not enough is yet known about the new strain, but it is premature to make any claims about the potential impacts of virus mutation.

But if the virus spreads faster it will be harder to control.

However, there have already been various strains of Covid-19 with no real consequence.

It could potentially be serious, but not enough is known, and the surveillance and research will continue.

Is it the first novel strain detected in the UK?

A number of variants have been detected using sequencing studies in the UK.

A specific variant (the D614G variant) has previously been detected in western Europe and North America which is believed to spread more easily but not cause greater illness.

But it is thought this is the first strain that will be investigated in such detail by Public Health England.

Not necessarily. They could even be less virulent.

However, if they spread more easily but cause the same disease severity, more people will end up becoming ill in a shorter period of time.

Should we expect the virus to become more harmful?

Not really. Only changes that make viruses better for transmission are likely to be stable and result in new circulating strains.

The pressure on the virus to evolve is increased by the fact that so many millions of people have now been infected.

Most of the mutations will not be significant or give cause for concern, but some may give the virus an evolutionary advantage which may lead to higher transmission or mean it is more harmful.

Mr Hancock said the latest clinical advice is that it is highly unlikely that this mutation would fail to respond to a vaccine.

The vaccine produces antibodies against many regions in the spike protein, and it is unlikely a single change would make the vaccine less effective.

However, this could happen over time as more mutations occur, as is the case every year with flu.

So what are the scientists doing now?

Scientists will be growing the new strain in the lab to see how it responds.

This includes looking at whether it produces the same antibody response, how it reacts to the vaccine, and modelling the new strain.

It could take up to two weeks for this thorough process to be complete.

If it’s not that big a deal, why do we care?

While other variants have been identified in the past, it appears this particular strain is spreading quite fast, meaning it could be more transmissible, and therefore warrants further investigation.

What examples are there of other virus strains?

The Danish government culled millions of mink after it emerged that hundreds of Covid-19 cases in the country were associated with SARS-CoV-2 variants associated with farmed minks – including 12 cases with a unique variant, reported on November 5.

In October a study suggested that a coronavirus variant that originated in Spanish farm workers spread rapidly throughout Europe and accounted for most UK cases.

The variant, called 20A.EU1, is known to have spread from farm workers to local populations in Spain in June and July, with people then returning from holiday in Spain most likely playing a key role in spreading the strain across Europe.