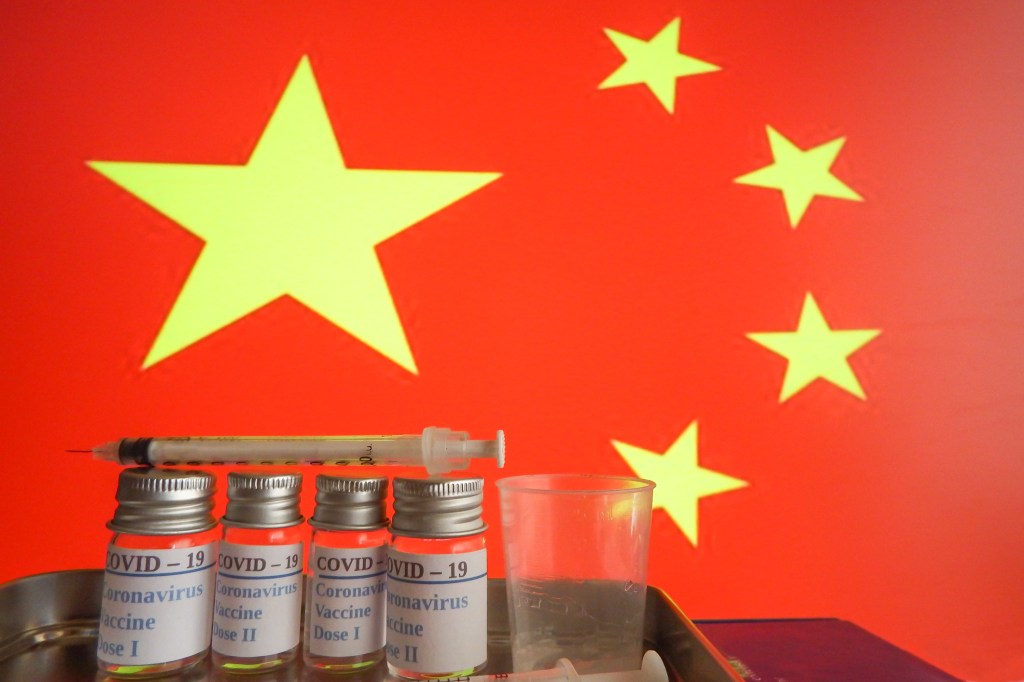 China will not allow visitors to enter the country unless they have been vaccinated with a Chinese-made vaccine.

The announcement was made as China resumed visa processing for foreigners from a raft of countries, as long as they had a jab of one of China’s five internally approved vaccines.

China has explicitly ruled out travellers that have had vaccines made and approved outside the country, even those approved by the World Health Organisation, of which it is a member.

The move come after China banned all non-essential travel into the country when the pandemic started in March 2020.

But the resumption of travel is seen as a key part of China’s economic recovery, as countries negotiate terms for entry.

While the announcements differ slightly by country, the Chinese embassies in around 20 countries, including Hong Kong, the US, the UK, India, Australia, Iraq, Thailand, Croatia, Israel, Pakistan and the Philippines, announced they would begin visa processing once again.

In addition to having at least one dose of a Chinese-made vaccine, travellers must also have negative Covid tests and quarantine on arrival.

As well as permitting travellers for work-related purposes, China said it would give greater eligibility for entry on non-emergency ‘humanitarian needs’, for Chinese family visits, or for elderly and end of life care.

While Chinese-made vaccines, of which there are five available, have been approved by a handful of countries like the Philippines and Thailand, many of the countries it has permitted travel from has no such approval.

Of China’s five vaccines, all of which are approved for general or emergency use internally, three are being used in other countries. China’s donation of vaccines to poorer countries has been called ‘vaccine diplomacy’ to cement China’s place as a global health powerhouse, rivalling the WHO.

China’s ministry of foreign affairs has denied that the stipulation for foreign travellers is to give China’s vaccine greater credibility.

In a press briefing on Tuesday, Zhao Lijian, the ministry of foreign affairs spokesperson, denied the rule was designed to push other countries to recognise China’s vaccines.

‘Our proposal … is made after thoroughly considering the safety and efficacy of Chinese vaccines,” said ministry of foreign affairs spokeperson Zhao Lijian in a press briefing on Tuesday.

‘This is an arrangement made by the Chinese side unilaterally. It is a different thing from vaccine recognition.’

PrevPreviousWho is the youngest pro Esports gamer in the world?
NextDon’t panic, but the largest asteroid flyby of 2021 is happening this weekNext