Don’t panic, but the largest asteroid flyby of 2021 is happening this week 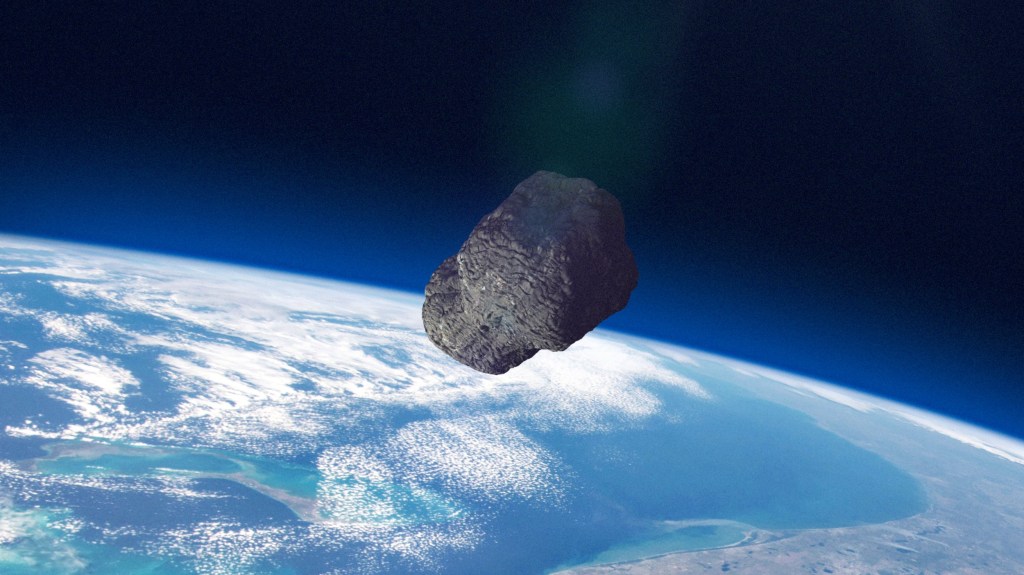 Every so often, an asteroid comes close enough to Earth to get people a bit nervous.

With scenes from Armageddon forever imprinted on our brains, a devastating space impact is something we’re obviously keen to avoid.

That’s why Nasa and other space agencies routinely keep track of known chunks of space rock zipping around the solar system.

On Sunday, March 21, the largest asteroid flyby of 2021 will take place when a boulder larger than the UK’s tallest mountain, Ben Nevis, passes Earth.

In fact, Nasa dubs any space rock that comes within 93 million miles of us as a ‘Near Earth Object’ (NEO), which is three quarters of the 120 million-mile distance to Mars.

Asteroid 231937 is the largest to ‘come close’ to the Earth this year and, at 1.7km is bigger than Ben Nevis and more than twice the size of the tallest building on Earth – the Burj Khalifa.

It was picked up on by Good Morning Britain’s Laura Tobin who urged viewers not to panic.

‘I’m here to say don’t panic. It is not going to hit us, but boy is it going to get close,’ she said.

Her warning is echoed by Nasa, which states plainly that asteroid 2001 FO32 poses ‘no threat of a collision with our planet now or for centuries to come.’

Paul Chodas, director of the Center for Near Earth Object Studies (CNEOS), which is managed by Nasa’s Jet Propulsion Laboratory explained: ‘We know the orbital path of 2001 FO32 around the sun very accurately, since it was discovered 20 years ago and has been tracked ever since.

‘There is no chance the asteroid will get any closer to Earth than 1.25 million miles.’

The reason for the asteroid’s unusually speedy close approach is its highly inclined and elongated (or eccentric) orbit around the sun, an orbit that is tilted 39 degrees to Earth’s orbital plane.

This orbit takes the asteroid closer to the sun than Mercury and twice as far from the sun as Mars.

Can I see the asteroid?

Yes, but you’ll need some equipment to do so.

It should be possible to see the asteroid through an eight inch aperture telescope just after sunset on March 21.

To pick it out, you’ll need to be looking slightly above the southern horizon.

‘The asteroid will be brightest while it moves through southern skies,’ said JPL’s Chodas.

‘Amateur astronomers in the southern hemisphere and at low northern latitudes should be able to see this asteroid using moderate size telescopes with apertures of at least 8 inches in the nights leading up to closest approach, but they will probably need star charts to find it.’

Asteroid 2001 FO32 was actually detected way back in 2001 by telescopes in New Mexico that are part of the Lincoln Near-Earth Asteroid Research (LINEAR) program.

Over 95% of near-Earth asteroids the size of 2001 FO32 or larger have been discovered, tracked, and cataloged, Nasa says.

None of the large asteroids in the catalog has any chance of impacting Earth over the next century, and it is extremely unlikely that any of the remaining undiscovered asteroids of this size could impact Earth, either.

Still, space agencies around the world are tasked with discovering all asteroids that could pose an impact hazard.

The more information that can be gathered about these objects, the better mission designers can prepare to deflect them if any were to threaten Earth in the future.